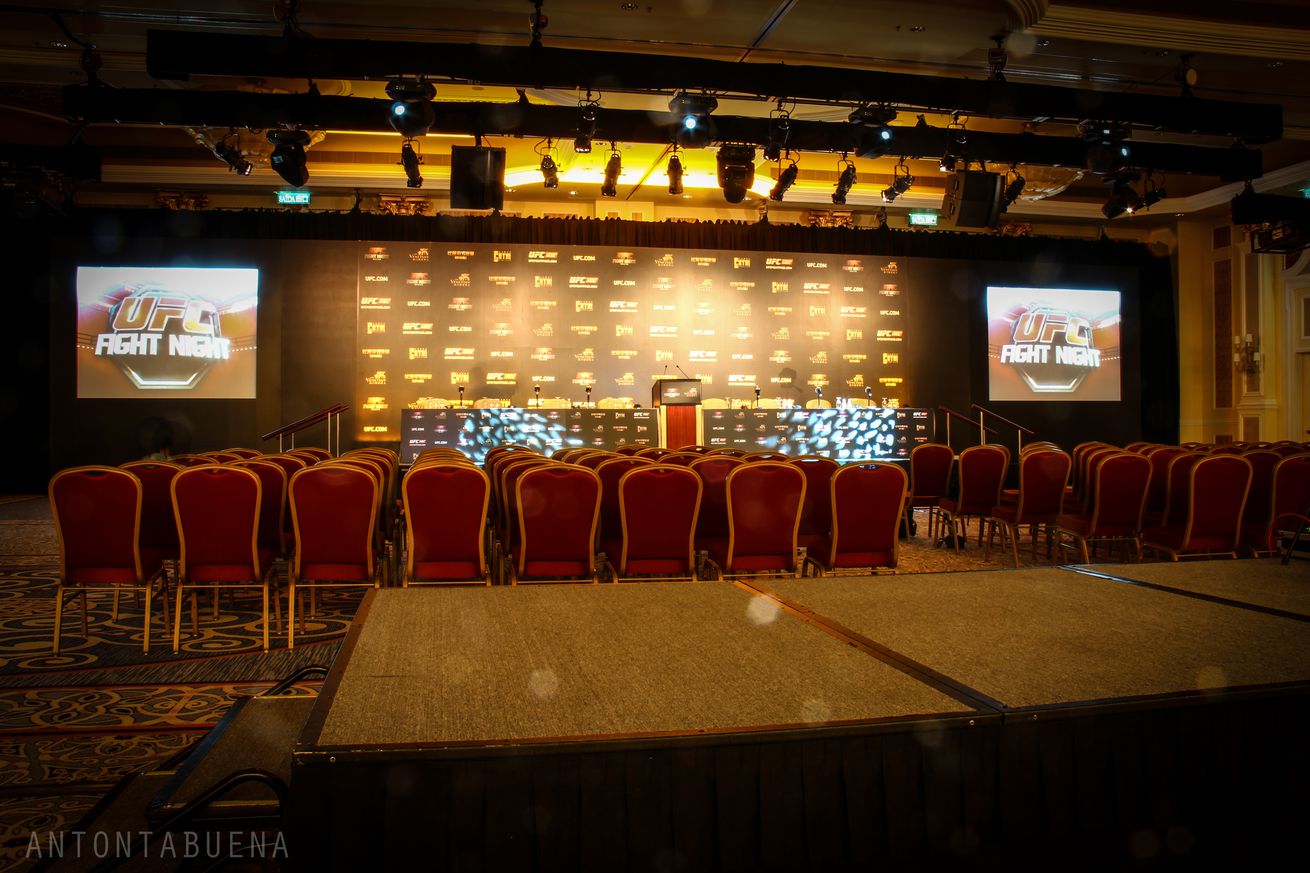 Get the Full StoryThe UFC's new CFO is currently in a legal dispute with a former UFC exec, after a friendly basketball game grew heated. Bloody Elbow has learned that the UFC's newly appointed Chief Financial Officer, Nakisa Bidarian, is currently in a civil dispute with former UFC exec Don Gold, stemming from a pick-up basketball game that apparently turned violent.

Don Gold held the title of Executive VP of Entertainment before leaving the UFC last year. During his time with the company, which began with UFC 1 before leaving and returning in 2001, he oversaw the UFC's home video business, their move into video game licensing, helped develop the UFCFit home workout program, and organized the infamous annual Christmas party. According to a Bleacher Report article from last year, he left the UFC in 2015 to return to his home town of Los Angeles to pursue other projects.

Court records show that Gold filed a complaint against Bidarian and several unnamed ROES and DOES on March 25, 2015 in the District Court of Clark Country, Nevada. In it Gold claims that on the early morning of September 4, 2014, he and Bidarian were participants in a basketball game at a Lifetime Fitness in Las Vegas where Gold alleges that during the game Bidarian became upset when he mistakenly believed he had been fouled by Gold. According to Gold, "In front of multiple witnesses, Defendant BIDARIAN picked up a basketball and threw it, intentionally and with malice, directly at the back and side of Plaintiff GOLD's head."

Gold alleges that as a result of this action by Bidarian he suffered a permanent injury to his right ear, which caused him to experience permanent hearing loss. He also had medical expenses and claims loss of income.

"As a direct and proximate result of the aforesaid negligence, carelessness and recklessness of Defendants" that Gold claims to have suffered from sustained injuries to his body, as well as suffered from "physical, mental and nervous pain and suffering," he is asking for damages that includes the following:

For Special Damages, including but not limited to medical expenses incurred;

For General Damages, including but not limited to Plaintiff's Pain and Suffering, in an amount in excess of 10,000.00

For actual and compensatory damages in an amount in excess of 10,000.00;

For Punitive Damages in excess of 10,000.00, in an amount sufficient to punish Defendants and deter others from like conduct;

Attorney's fees and costs; and

Such other and further relief as this court deems just and proper.

Bidarian, in his Answer and Counterclaim filed on May 8, alleges that it was in fact he who was attacked by Gold during their basketball game. He claims that after Gold flagrantly and violently fouled him with an elbow to the body, Bidarian threw a basketball which inadvertently struck Gold. Allegedly, Gold then charged Bidarian and began striking him with his fist. According to Bidarian, no less than four individuals restrained Gold. Even after this incident both parties continued to play basketball.

In his counterclaim Bidarian alleges that Gold's motives for filing his complaint have little to do with what happened on the basketball court but instead claims that the "Counter-Defendant Gold harbored professional jealousy against Counter-Plaintiff Bidarian due to his employment status with their mutual employer." This mutual employer is not named but it seems very likely that it is the UFC he is referring to since both of their LinkedIn profiles have only the UFC listed as their employer at that time.

Bidarian also states it was only after Gold was relieved of his duties on or about February, 2015, that he then filed suit against Bidarian as "retaliatory actions", believing Bidarian was responsible for his being let go. According to Bidarian, Gold's actions are misplaced because he was in now way responsible for his release,

In his counterclaim Bidarian is also asking for an amount in excess of 10,000 for medical expenses incurred, pain and suffering, actual and compensatory damages, punitive damages, attorney's fee and costs, and "such other and further relief" as the court deems just and proper.

Bidarian has also filed a Motion for Examination on January 15 of this year, requesting that Gold undergo an independent physician examination.

The trial date is currently scheduled for September 6, 2016.

Nakisa Bidarian has only recently been assumed the title of Chief Financial Officer at the company. According to a press release sent out by the UFC announcing his appointment, Bidarian officially became CFO on January 4 of this year. He replaces John Mulkey, who had held the position since 2006, almost a decade.

Bidarian is being promoted from within the company. Joining the UFC in 2011, before CFO he previously held the position of Executive Vice President of Strategy and Business Ventures. Prior to joining the UFC, Bidarian held the title of Vice President with the Mubdala Development Company, a multi-billion dollar investment company and wholly owned investment vehicle of the Government of Abu Dhabi, in the United Arab Emirates. The Chairman of Mubdala Development, Khaldoon Al Mubarak, is also Chairman to the Executive Affairs Authority of Abu Dhabi which own a 10 share in the UFC through Flash Entertainment.

No word was given if former CFO Mulkey left on his own accord or was removed, but he joins the list of UFC execs and employees that have recently departed the company. This list includes Don Gold, UFC athlete relations coordinator Burt Watson, Senior Vice President of Business and Legal Affairs Michael Mersch, and Executive Vice President and Managing director of UFC Asia Mark Fischer.

Bloody Elbow contacted Don Gold, who, through his attorney, Leonard Stone, declined to comment. Bloody Elbow also reached out to the UFC and Nakisa Bidarian via email, but they did not respond to our requests.

John is a guest author with Bloody Elbow. Follow him heynottheface