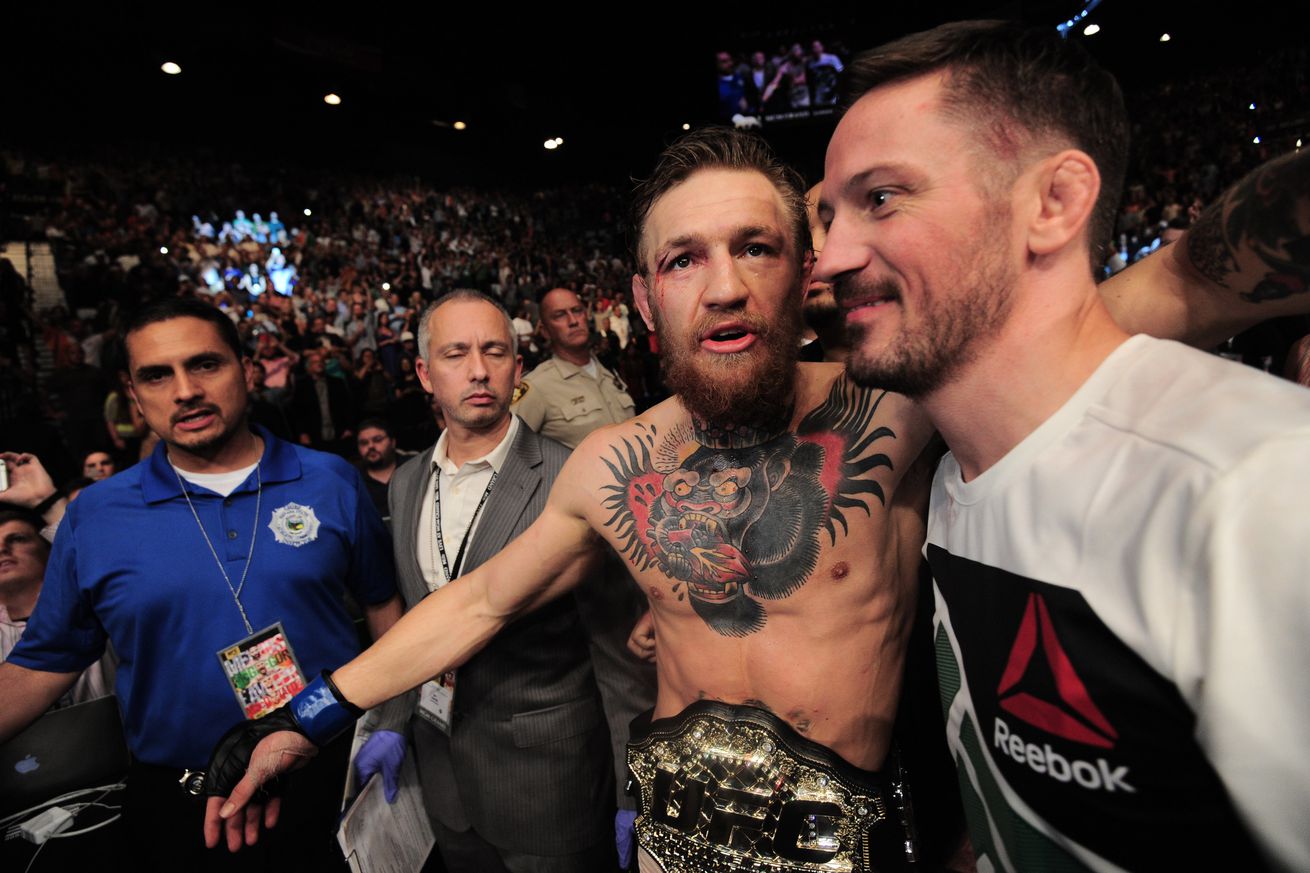 Get the Full StoryConor McGregor's chief trainer John Kavanagh revealed that they are still preparing for a last-minute inclusion at UFC 200. As far as the UFC brass is concerned, there will be no Conor McGregor appearance at UFC 200.

During Friday s press conference, UFC president Dana White says he will be looking for a new opponent for Nate Diaz, but for his part, the former lightweight title contender is already planning on taking a vacation if he ends up fighting someone else.

But apparently, the McGregor camp is still expecting to be part of the July 9th card at the T-Mobile Arena in Las Vegas. In his column for The 42, SBG head coach John Kavanagh revealed that preparations for the said event are still ongoing.

"At this stage, I think the only way Conor will feature at UFC 200 is if he s a late replacement for someone else. We re still training twice a day, aiming for 9 July. Everything is on point to peak for UFC 200," Kavanagh wrote.

"The fight game is weird, you never know what could happen there could be a pull-out with a couple of weeks to go but realistically I think we re planning for UFC 201 or UFC 202 in August or September. We ll just tip along until then."

According to White, the primary reason for McGregor s removal from the card was the fighter s refusal to fulfill his required media obligations. McGregor already responded through a lengthy Facebook post on Thursday, stating he merely wanted a slight adjustment, but his offer was eventually shut down.

Kavanaugh echoed his fighter s statements, adding he reached out to White himself to negotiate, to no avail. But despite their current disagreement, he maintains that their relationship with the UFC execs remain in good terms.

"However, no other fighter is generating as much money as Conor is. Therefore, they re not quite equal when it comes to the decision-making process. That s the same in any company. If one employee is bringing in the same amount of money as all the other employees combined, he s going to get a bigger office. That s life. The other reason it s not equal is the amount of travel that s involved for Diaz and Conor.

"At the same time, there are no hard feelings here and you can see that from Dana s interviews. Like any contract negotiation between an employer and an employee, it s going be competitive. You re putting forward your value and they re whittling you down to what they think you re worth."

"There s nothing unusual about that. It s just how business works. It s not aggressive or confrontational. Emotions don t come into it."