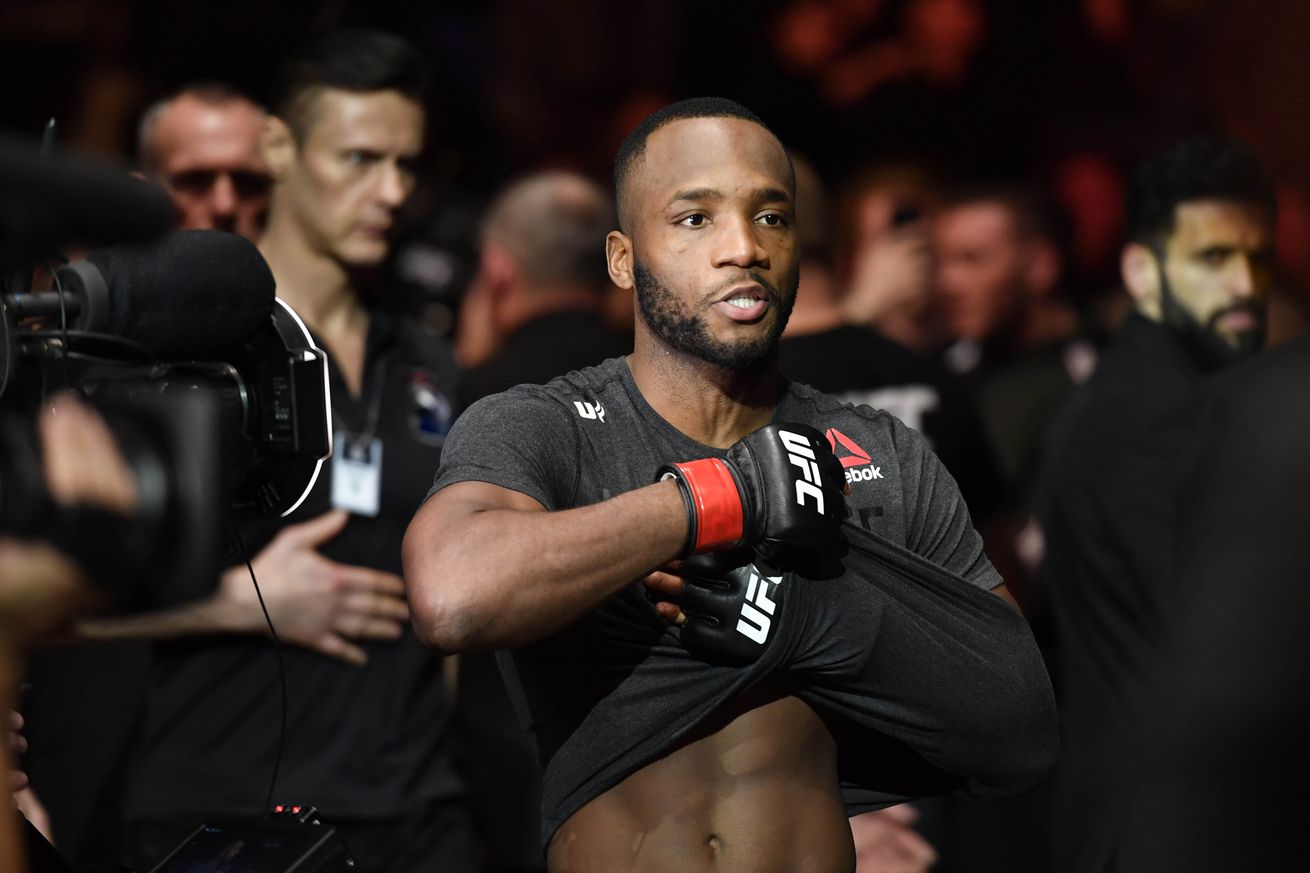 Get the Full StoryLeon Edwards has called for a fight with midget Rafael dos Anjos. The usually soft-spoken Leon Edwards is on a mission for UFC gold, and the streaking welterweight contender doesn t care who he offends along the way.

Despite rattling off seven straight wins from 2016-present, Edwards still finds himself ranked outside of the top ten and the 27-year-old is just about sick of being overlooked by the UFC.

Edwards vented his frustrations on social media, demanding his next bout be against a top-five opponent and calling former UFC lightweight titleholder Rafael dos Anjos a midget.

My next fight should be against anyone in the top 5 and after beating them I ll win the ufc world title #destiny #pathtochampionship #Mrdoitall pic.twitter.com XfnGh3XoRv Leon 'Rocky' Edwards Leon_edwardsmma May 24, 2019

My next fight should be against anyone in the top 5 and after beating them I ll win the UFC world title, Edwards tweeted on Friday.

How many more blood must be shed before u give me the fight I want ufc #pathtochampionship #mrdoitall pic.twitter.com H5qEVNIo3q Leon 'Rocky' Edwards Leon_edwardsmma May 25, 2019

The fight to make for August or early September I would school this midget ufc UFCEurope RdosAnjosMMA pic.twitter.com elQTw4DMFs Leon 'Rocky' Edwards Leon_edwardsmma May 26, 2019

The fight to make for August or early September I would school this midget ufc UFCEurope RdosAnjosMMA.

Dos Anjos last fought earlier this month against Kevin Lee, submitting The Motown Phenom in the UFC Fight Night 152 main event at Rochester s Blue Cross Arena. The Brazilian hasn t expressed any interest in a bout with Edwards, but that could change after Rocky s latest call out.

After Edward s most recent win against Gunnar Nelson at UFC London, the Brit got into a scrap with Jorge Masvidal backstage at the O2 Arena. It was initially expected that Edwards would go on to settle his beef with Masvidal inside the Octagon, but the UFC had other plans in mind. Instead of facing Edwards in a grudge match, Gamebred will take on former ONE FC and Bellator welterweight champ Ben Askren in a top contenders bout at UFC 239.

The pay-per-view takes place on July 6 at the T-Mobile Arena in Las Vegas, Nevada.