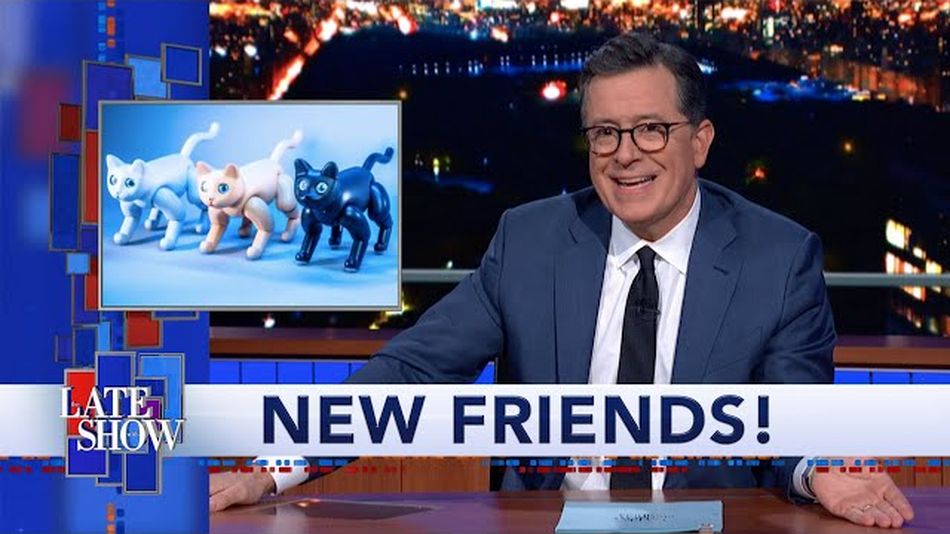 Get the Full StoryCES is in full swing, kicking off in Las Vegas this week with new products landing all over the joint from Tesla rivalling electric SUVs, foldable phones and laptops, and your own personal BB-8-like rolling robot.

There's plenty to love your pals at Mashable are on the ground testing it all , but also plenty to raise an articulately comedic eyebrow at something Stephen Colbert was more than happy to do on Monday.

The Late Show host picked out four products revealed at CES, starting with the frankly more dog-like MarsCat pet robot feline, and, well, absolutely obliterated each one in turn. The 500 Urgonight brain-training sleep headband got a good roasting, but it's nothing compared to the fire bestowed upon toilet paper company Charmin's Bluetooth-enabled roll delivering RollBot. Read more...More about Ces, Stephen Colbert, The Late Show With Stephen Colbert, Ces 2020, and Entertainment