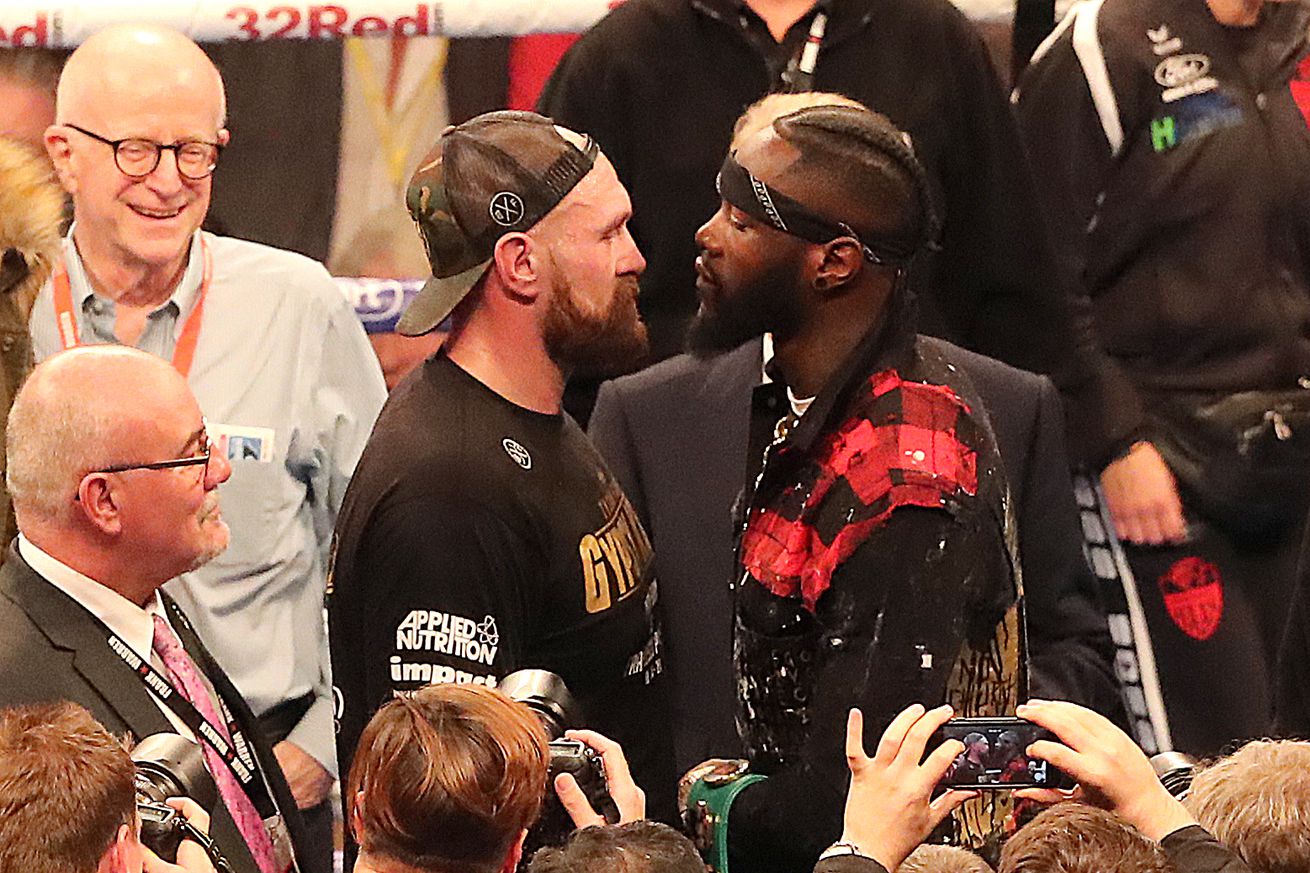 Get your fight week coverage here on Bloody Elbow, as WBC heavyweight champion and Tyson Fury square off in a highly anticipated rematch. The wait is almost over.

On Saturday, February 22nd at the MGM Grand in Las Vegas, the massive heavyweight title rematch between WBC champion Deontay Wilder 42-0-1, 41 KOs and Tyson Fury 28-0-1, 20 KOs will be the center of the sports world. These two fought to a controversial but thrilling split draw, as Fury miraculously survived a 12th round knockdown that proved so vital in the final tally when the scorecards were read.

The dynamics of this fight are unchanged. We know that Wilder is one of the most destructive punchers in recent memory and certainly the biggest single-shot puncher in all of boxing. Fury has surprisingly good speed for someone his size, and he s the more technical boxer without being a devastating puncher. Tyson is also not easy to hit and we know he has amazing recuperative abilities based on surviving the 12th round knockdown alone. Wilder is the type of boxer who really doesn t care about losing rounds because he can end your night with one shot, which is part of the allure of watching him compete.

What should also excite fight fans is the fact that Premier Boxing Champions and Top Rank have successfully collaborated on a bout of this magnitude. Usually it s a pain in the ass to get rival companies to play nice, but in this case the marination wasn t that long.

As for the undercard? Well it exists. Gerald Washington vs. Charles Martin is somehow a title eliminator and neither one of those dudes should be near a title shot at this point, but it should be a good scrap. WBO super-bantamweight champion Emanuel Navarrete defends his title against Jeo Santisima which is probably a mismatch, but Navarrete is ridiculously active with his schedule so he s not waiting around for bigger fights. Sebastian Fundora opens the PPV against 2016 Olympian Daniel Lewis... Fundora is 6 7 and fights at 154 lbs. Seriously. This might genuinely be the most fun fight on the undercard both in terms of competitive matchmaking and just prospect vs. prospect intrigue.

Bloody Elbow will have full fight week coverage of Wilder vs. Fury 2, including play-by-play, analysis, highlights, and much more. The PPV starts at 9 PM ET, with prelims on ESPN and FS1 at 7:30 PM ET 4:30 PM PT.