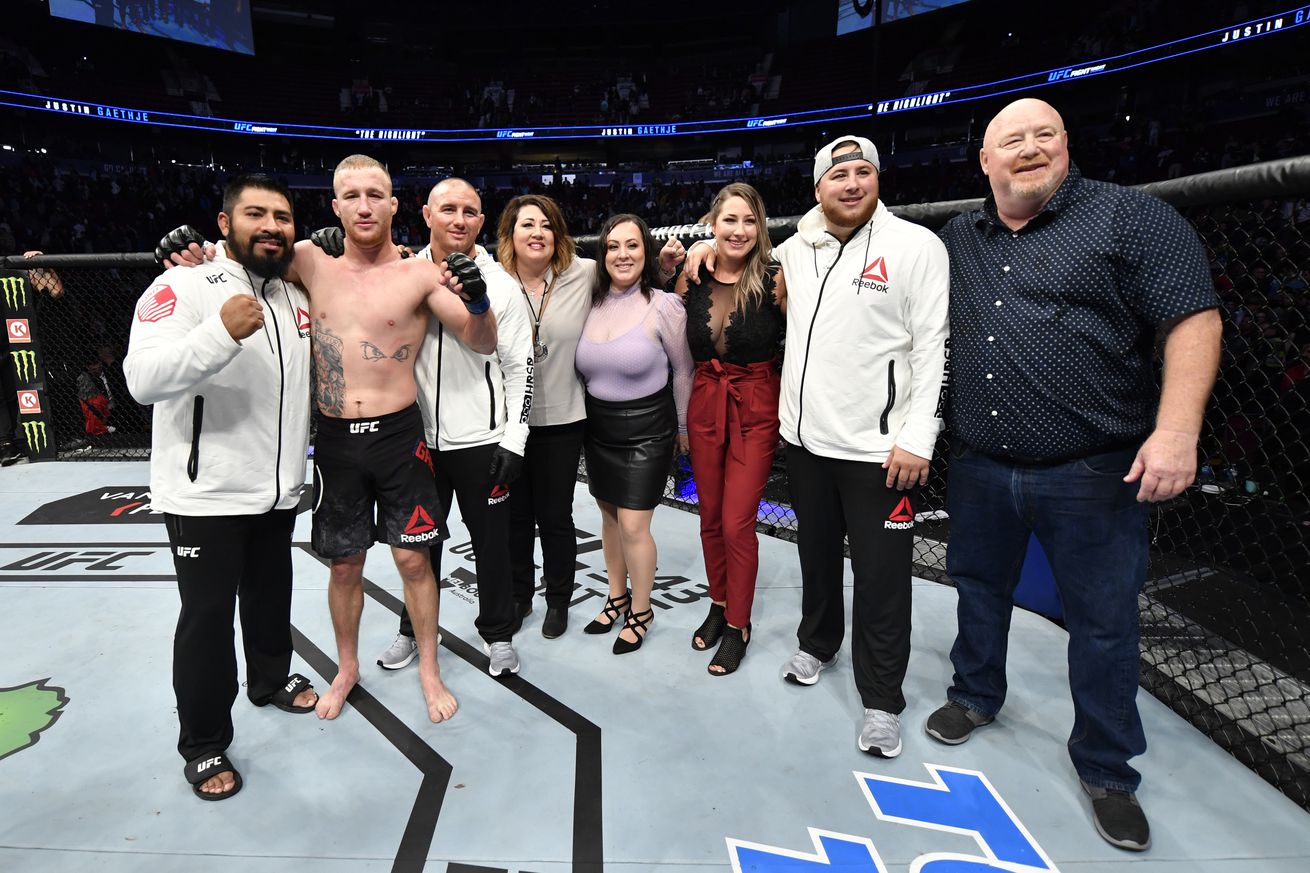 The top ranked UFC lightweight may be disappointed to not be fighting on April 18th, but he s hoping to turn his energy to more positive places in the coming weeks. It wouldn t be difficult for Justin Gaethje to feel bitter right now. The top ranked lightweight was just a little over a week away from his shot at a piece of a UFC title, having taken a late notice bout against Tony Ferguson, when the whole UFC 249 fight card came crashing down. Disney and ESPN execs phoned Dana White personally to tell him to stand down from his plans to put on a massive PPV event at the Tachi Palace Resort & Casino in California causing the event s cancellation and an indefinite pause to the rest of the UFC schedule.

The Highlight, however, seems to be taking the whole thing in stride. At least, that s the vibe he s giving off in a recent statement published to his Instagram page.

I really felt a surge of energy and support as this fight was building up from so many ppl across the world, Gaethje wrote, it was very humbling. I am thankful to represent Safford, AZ and my great friends and family. I m going to be working hard to be ready next time the opportunity arises. Let s get through this fight we are all facing right now by having a positive impact on our immediate surroundings family, neighbor, community Thank you!!! The boss danawhite is someone I am proud to do business with.

Even with the UFC on hold for the immediate future, Gaethje may find himself back in the cage soon. At least if White can put the rest of his plans into action. In the wake of the UFC 249 cancellation, the UFC president has made it clear that he s full speed ahead on his scheme to create a private Fight Island that will hold a series of events in the coming months. He also is steadfast in his desire to be the first sport back in action. To which end it sounds like he s hoping to have events going again sometime in May. Until then, hopefully the rest of the UFC 249 athletes can follow Gaethje s lead and look to spend their extra time and energy positively in self-isolation.