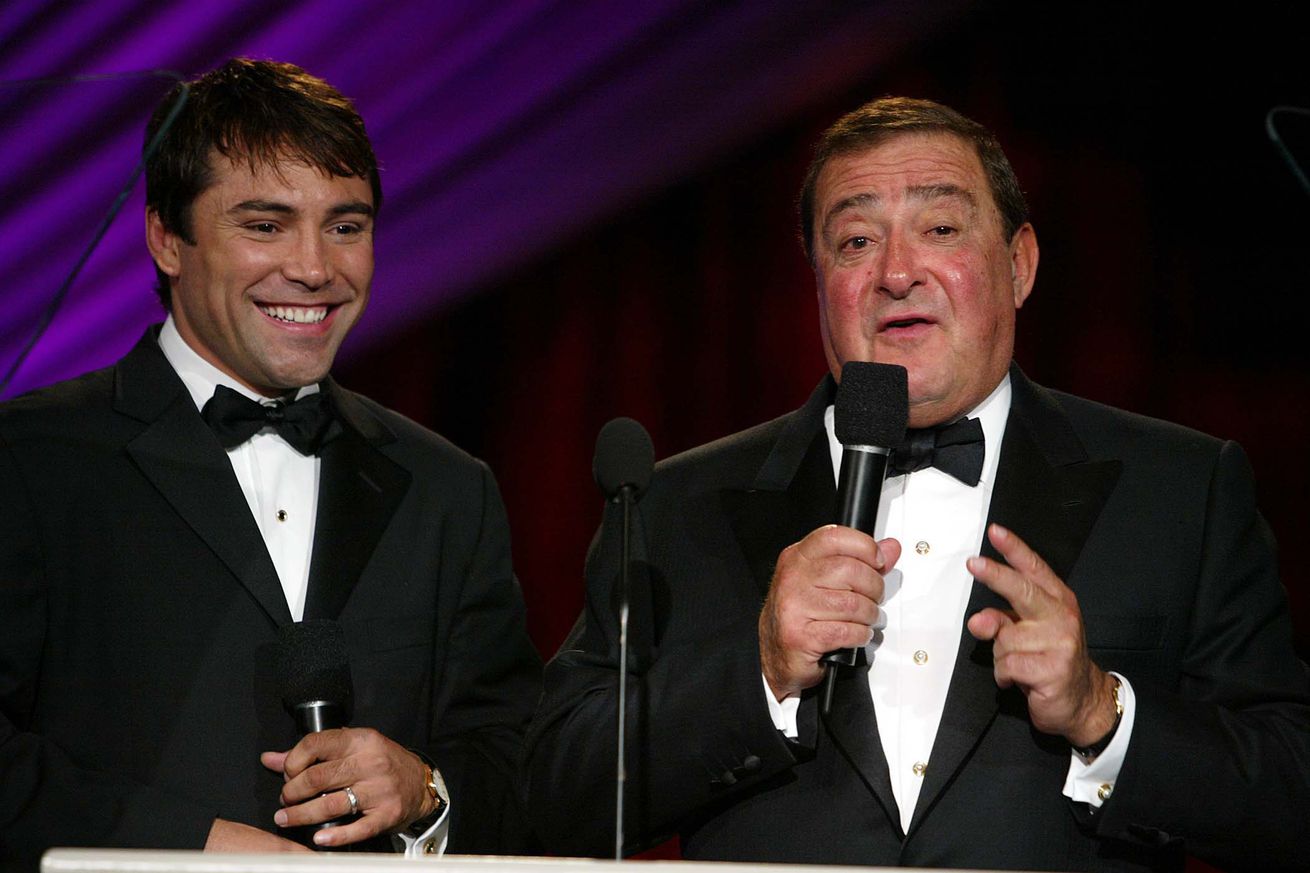 Get the Full StoryPhoto by Chris Polk FilmMagic

Two of boxing s biggest promoters couldn t have more different opinions of the UFC s president, and his actions to get the MMA promotion back on schedule amid the COVID-19 pandemic. When it comes to bringing back live sporting events in the U.S., the UFC is very much leading the charge. The world s largest MMA promotion has been bullish on keeping their event schedule on track all through the COVID-19 pandemic lockdown, even as government quarantine guidelines have forced them to cancel a handful of fight cards over the last several weeks. Including an ill-fated attempt to sneak a PPV card into the Tachi Palace Hotel & Casino on April 18th.

On May 9th, however, they ll be back in action with UFC 249: Ferguson vs. Gaethje. The PPV marks the first in a trio of events held at the VyStar Veterans Memorial Arena in Jacksonville, FL. If those go off without a hitch, it seems likely the UFC will use that as a springboard toward fulfilling their 2020 event schedule as planned. The promotion has promised to carryout enhanced safety measures for their athletes including screening and testing although the details of exactly what testing they ll be able to do remain vague to the public .

The Association of Ringside Physicians recently relaxed their April recommendation on the halt of any and all combat sporting events, to more or less cover the UFC s upcoming plans. But that doesn t mean everyone thinks the promotion s rush back to putting on fight cards is necessarily safe or smart. Not even in the combat sports world.

Good luck to them, Arum said of the UFC s upcoming fight card in Florida. I just hope that they re not endangering the safety of anyone. But this kind of cowboy behavior doesn t do anybody any good.

I think the behavior of people in sports we should be following, Arum said, are Adam Silver of the NBA, Roger Goodell of the NFL, people who are proceeding cautiously and safely, not people who are acting like cowboys. For example, the UFC wanted to do this fight in California and they were prevented by the governor Gavin Newsom , and by senator Dianne Feinstein going to ESPN and having Dana pull the plug .

It turned out one of the fighters, in fact, tested positive afterwards for coronavirus, Arum added, speaking of Lyman Good s withdrawal from the card in early April. You know, if we get something like that on one of Dana s shows, and God forbid there s a serious incident of spreading the disease, it doesn t do well for anybody who s involved with sports.

Arum went on to say that he is talking to the Nevada, California, and Texas commissions about putting on events in the not too distant future, but only if it s safe for the fighters and everyone involved.

Still, there are other people in boxing who think White is doing a great job. One of them being another promoter who has had his own history of adversarial relationships with the UFC president. None other than former multiple-time world champion Oscar De La Hoya, who butted heads with the UFC during the lead-up to his Golden Boy MMA debut fight card featuring Tito Ortiz and Chuck Liddell 3.

I commend and respect Dana, Oscar De La Hoya said in a recent interview with the State of Combat podcast, when asked about White s aggressive push to put on UFC 249 during the pandemic transcript via MMAJunkie . We did have our differences. When I wanted to get involved with the MMA, I did Chuck Liddell vs. Tito Ortiz. It was a huge success. I dipped my toes into the water, and I experienced it. It was actually wonderful. I love the MMA.

Honestly, though, whether or not the UFC s plans are actually reasonable or safe at this juncture is becoming somewhat of a moot point. As states look to ease their quarantine restrictions and return to some semblance of normality, it seems more and more that the kind of push for business that the UFC is leading will look more like the norm and less like an exception in the coming weeks.