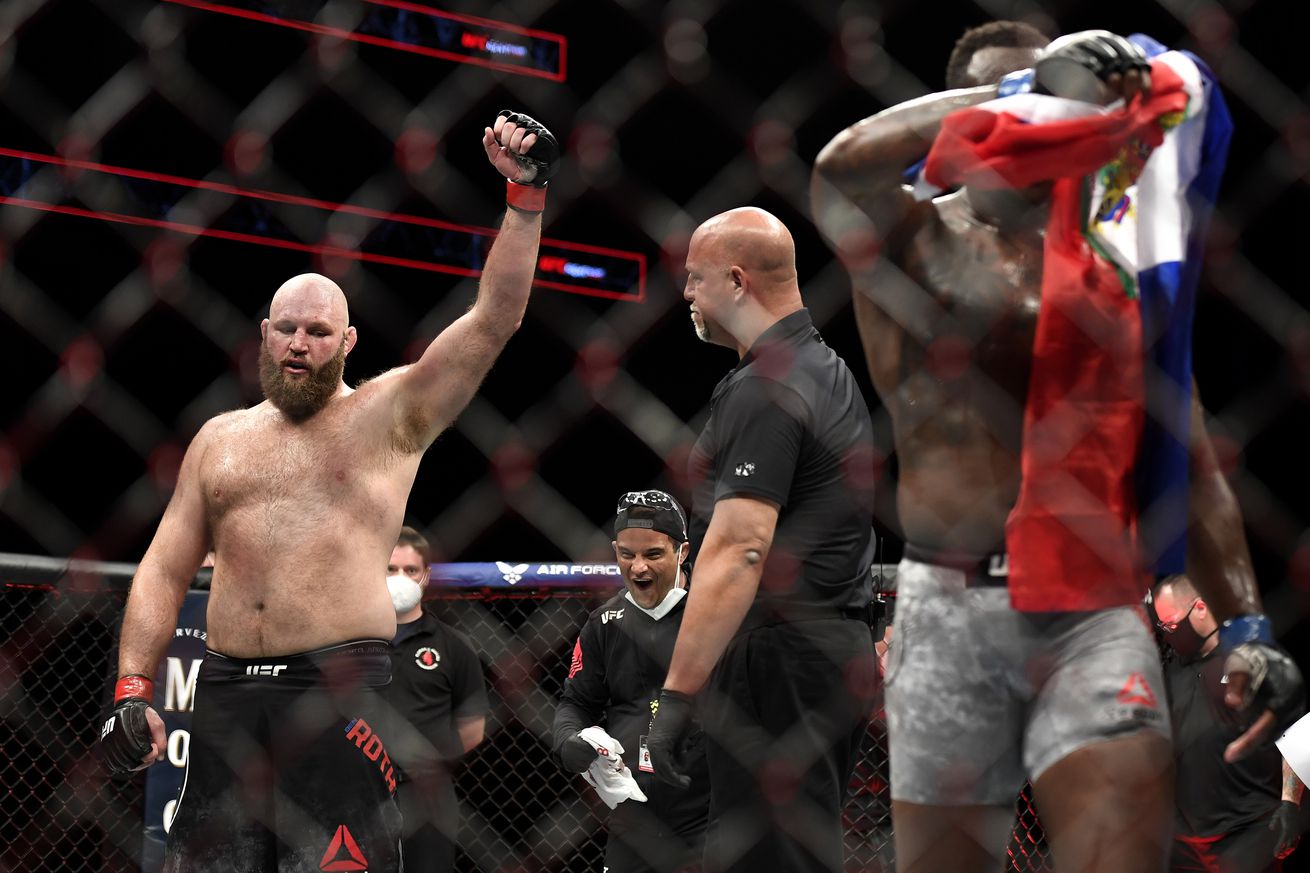 Big Ben took aim at some of the judges recent decisions in Jacksonville. Despite being on the winning end of a split decision against Ovince Saint-Preux last week, UFC heavyweight Ben Rothwell thinks the judges have not been up to standard of late.

Rothwell s 38-12 win against Saint Preux in the co-main event of the card last Wednesday was the fiftieth fight of his professional career. The UFC hosted three events in the space of a week in Jacksonville, Florida. All three of the events had refereeing decisions and judging decisions that were called into question.

Replying to UFC strawweight Angela Hill on Twitter, who has recently been protesting her close split decision loss to Claudia Gadelha, Rothwell gave his opinion on the judges in Jacksonville.

Warrior, Rothwell said of Hill. I feel for you. Judging has been extra disgusting lately.

Warrior , and I feel for you. Judging has been extra disgusting lately Big Ben Rothwell RothwellFighter May 17, 2020

Fights such as Dan Ige vs. Edson Barboza, Song Yadong vs. Marlon Vera and Gadelha vs. Hill were just some of the decisions in Jacksonville that fans think the judges got wrong.

The UFC will return next weekend, May 30th, to host a Fight Night card without a current location. The event was expected to take place in Las Vegas, however the Nevada state government may not allow the card to take place due to the coronavirus lockdown. UFC president Dana White said the promotion is looking at Arizona as an alternate location.