Decent start, but it has too many holes : Experts weigh in on UFC s COVID-19 safety plan 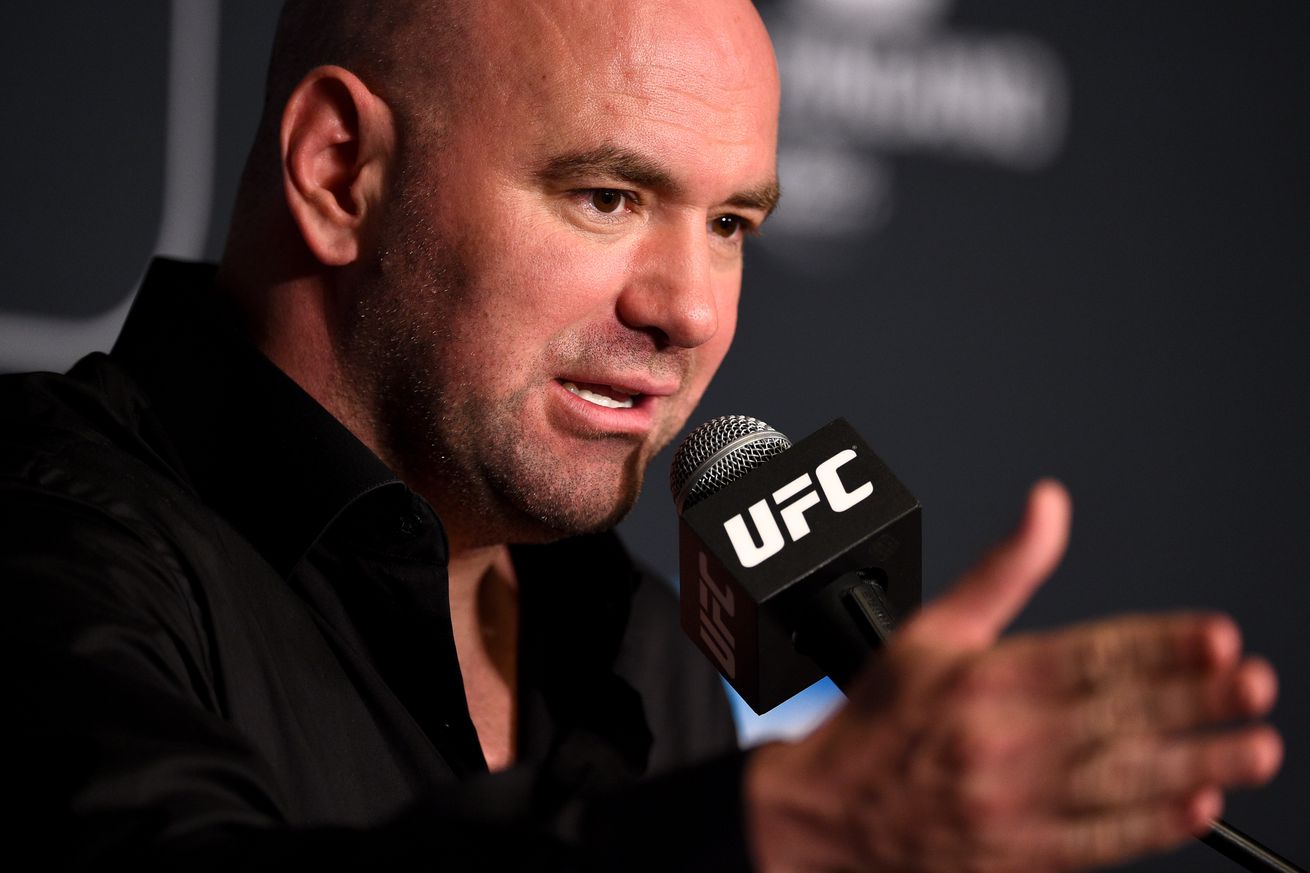 The UFC s safety and health plan contains shortcomings that need to be addressed The UFC returned to action after a lengthy break with three fight cards between May 9 and May 16. Each of these events took place at VyStar Veterans Memorial Arena in Jacksonville, Florida. UFC president Dana White judged the events a 10.5 out of 10.

After the May 16 bouts ended, White proclaimed, It was awesome. The key to this week was not a lot of people testing positive for COVID-19 or nobody getting sick. It was a home run, and I couldn t be happier. What White ignored, while he patted himself on the back, is that COVID-19, according to the Center for Disease Control, has an incubation period of up to 14 days. That means there is still a possibility that those who took part in the event are not in the clear. In short, it is too early for White to declare a clear-cut victory for the UFC in Jacksonville.

Bloody Elbow reviewed the UFC s safety protocol for the events and found many instances where the promotion ignored aspects of the document it wrote and distributed to athletic commissions to provide a prudent, safe and responsible working environment for the Jacksonville Events in compliance with Federal, state and local regulations and guidelines implemented to combat COVID-19.

In an effort to dig a little deeper into the shortcomings of the UFC s plans, Bloody Elbow spoke to Dr. Zachary Binney, an epidemiologist at Emory University, who told the site in April, I don t know that there s any epidemiologist or public health person in this country more eager to have sports back. And I m telling you, we re not ready.

Binney continues to hold that opinion in the aftermath of the three UFC events in Jacksonville.

The travel from high-risk areas to a low-risk area like Florida, was one concern Binney voiced. Another worry was the tests themselves and how those test would have been better served going to somewhere that needed them and not toward a sporting event.

All plans require redirecting some number of tests to athletes and support personnel. The number of tests available in this country does not allow us to do this without serious ethical questions, said Binney.

Still, in his review of the UFC s document, Binney saw some good in the plan and said that it could have worked better if the UFC had introduced it in an area with fewer active cases of COVID-19. However, with the current situation in the United States and the lack of enforcement of the plan, the epidemiologist saw areas of concern that might have been ignored if the UFC had rolled out the safety and health plan elsewhere.

My overall take is that the plan is a decent start, but it has too many holes for the current situation in the U.S. In particular, it seems to rely a lot on individuals adhering to the guidelines with minimal enforcement, which already led to several lapses we saw in the run up to UFC 249 such as fighters working out outside the hotel or not isolating completely, said Binney. If you tried to run this plan in, say, Taiwan, with very few active cases, its weaknesses might be papered over, or even justifiable by, the low likelihood of actually having a case appear among an event this size. But in a situation like the U.S. right now with a very large number of active cases, the dangers from any weakness, even a minor one, are magnified.

One question in the advanced screening process, which Binney noted should be asked before fighters leave their homes and not upon arriving at the fighter hotel, is whether the person has recently traveled internationally or domestically to any areas with sustained or ongoing transmission of COVID-19.

According to Binney, this question should be answered to the affirmative, for fighters from most parts of the U.S. Certainly anyone traveling from the northeastern metroplex, from D.C. to Boston, should answer yes.

As Binney points out, the document details no consequences if the participant does not answer the questionnaire to the satisfaction of the promotion.

It is not specified whether screening positive for this or any question should actually have any consequences, such as isolation pending test results or exclusion from any event. The plan appears to imply that personnel just have to pass all screening procedures to the satisfaction of UFC medical staff, Binney said.

Another item Binney noticed is that while the plan says COVID-19 test results should be available within 24 hours, Ronaldo Jacare Souza s results did not come back until close to 48 hours after he was tested for COVID-19.

This is a problem because anyone who is positive, despite being asked to self-quarantine - which we know fighters and the UFC itself were violating - has two days to spread the virus before they are removed from the premises, said Binney. That s too long a turnaround.

We know asymptomatic cases can spread the virus, so what you really need is repeated, quick turnaround diagnostic testing. As we have seen countless times now, it would be very possible for a fighter to have a negative test on Wednesday - which wouldn t even come in until Friday - but be shedding virus by his or her fight on Saturday, added Binney. It appears everyone is only tested once several days before their fight; this is insufficient to safely hold a sporting event in the U.S. at this time.

ESPN s Ariel Helwani reported that a second COVD-19 test was administered to fighters only after the weigh-ins, but if Souza s results are an indicator, those results would not have been back before fight night. The UFC did not report any additional positive tests outside of Souza and his two corners.

Speaking of Souza, who appeared to be in the fighter hotel and around other fighters before the weigh-in, Binney wonders why the UFC did not consider him a risk to others. Binney s question for the UFC on this point was why wasn t Souza quarantined outside the fighter hotel and away from other event participants pending the result of COVD-19 test?

Bloody Elbow also spoke to Dr. Saskia Popescu, who is an infection prevention epidemiologist about the UFC s plan. Like Binney, Popescu also had concerns about the document.

While the UFC goes into detail on the cleaning and disinfecting products it used for the event, it does not mention if the UFC checked that these products meet EPA List N claims for emerging viral pathogens. According to the EPA website, List N contains disinfectants for use against SARS-CoV-2.

Bloody Elbow reached out to the fighter hotel and asked about its cleaning and sanitizing protocol, but did not receive a reply.

Popescu was also surprised that the UFC needed up to 199 people to stage the event.

That s a lot, said Popescu. This just seems like way too many people to safely socially distance and frankly, they re in an enclosed area workday closely together. I m not a fan, even with the zones.

Both Binney and Popescu were puzzled why 16 media members were included in the plan.

Of the media, Binney wondered, Do they really need to allow 16 credentialed media onsite? Couldn t much of their work be arranged to be done remotely? While Popescu asked, Why do they need 16 media members?

In closing, Popescu said, There are a lot of missing aspects within this document and I would encourage them to consult with experts to help ensure safe approaches.

The UFC document does say, The health and safety procedures were developed by UFC s medical staff, including our chief medical consultant, Dr. Jeffrey Davidson, in further consultation with other leading medical professionals. The UFC does not mention who those other professionals were.

As we know, the UFC ignored a good deal of its own health and safety plan for the Jacksonville events, it will be interesting to see if the promotion produces an updated document for future events that addresses any changes or updates to the plan.

The next UFC event is slated to take place on May 30 in Las Vegas, according to UFC president Dana White.

Bloody Elbow asked the UFC if any the promotion has updated the health and safety plan, but did not receive a reply at publication time.