Burns aims to be first to dominate and submit Woodley 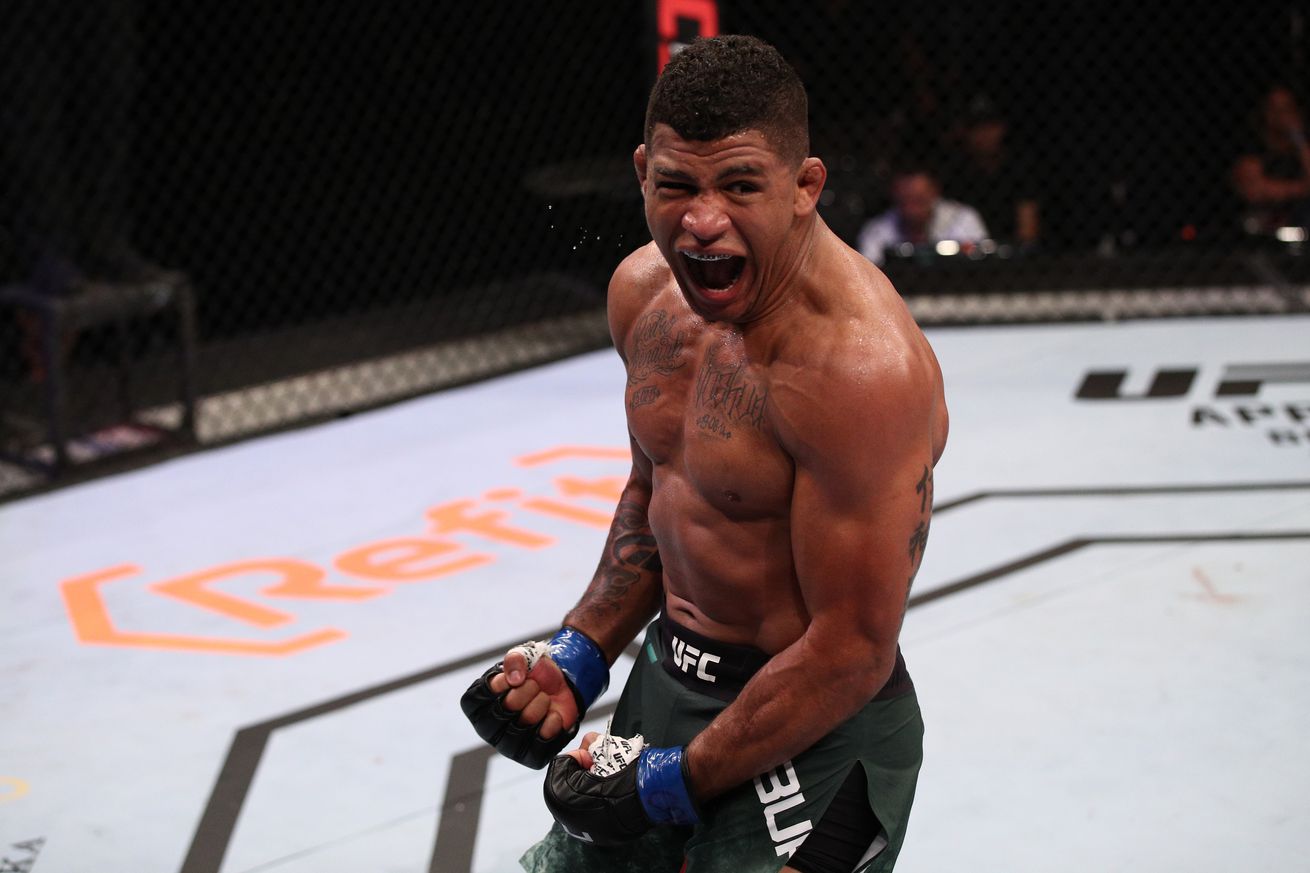 Welterweight contender GIlbert Burns plans to finish Tyron Woodley when he meets the former UFC champ on May 30. Rising welterweight contender Gilbert Burns wants to make statement when he meets former UFC champion Tyron Woodley. In an interview with Ag Fight, Durinho stated his plans for the fight, in which he intends not to just finish his opponent, but to also dominate the entire contest.

Although Burns admits Woodley does have his strong suits, Gilbert still believes he will manage to have the upper hand. Additionally, Durinho recognizes Tyron as the superior wrestler, but does not think the former champion will make much use of this asset in their fight.

I m thrilled, happy, Burns said. To fight Tyron Woodley, a former champion, the number-one name in the rankings. It s a tough fight, he s a really tough guy, it s a huge opportunity. I m focusing on every moment and getting everything sharp for the day of the fight. I m confident and thrilled about this chance. My goal is to win dominantly on the 30th. Then we ll see what s next. I have a huge problem right now and I can t think about anything else. My goal is to win, dominate and submit him.

He s very phyisically strong and has an extensive wrestling background, he has many titles, but he doesn t use it much. Gilbert continued. He trusts in his hands a lot and so do I. I ve been improving my striking, my hands are heavy and my kickboxing is more technical. He has the strength and wrestling advantage, but I have the jiu-jitsu edge. We both have different weaknesses and strong suits. I think I m good enough to beat him. I may find myself in a pickle, but I m ready for that. Let s see how he ll handle it when I put him in difficult situations.

Currently on a five-fight winning streak, Gilbert Burns 18-3 has defeated Olivier Aubin-Mercier, Mike Davis, Alexey Kunchenko, Gunnar Nelson and Demian Maia over this successful stretch. His last loss happened in July 2018, when he was knocked out by Dan Hooker at lightweight.

Now, Durinho is expected to take on Tyron Woodley at UFC Fight Night 176 s main event, on May 30, in Las Vegas, Nevada.