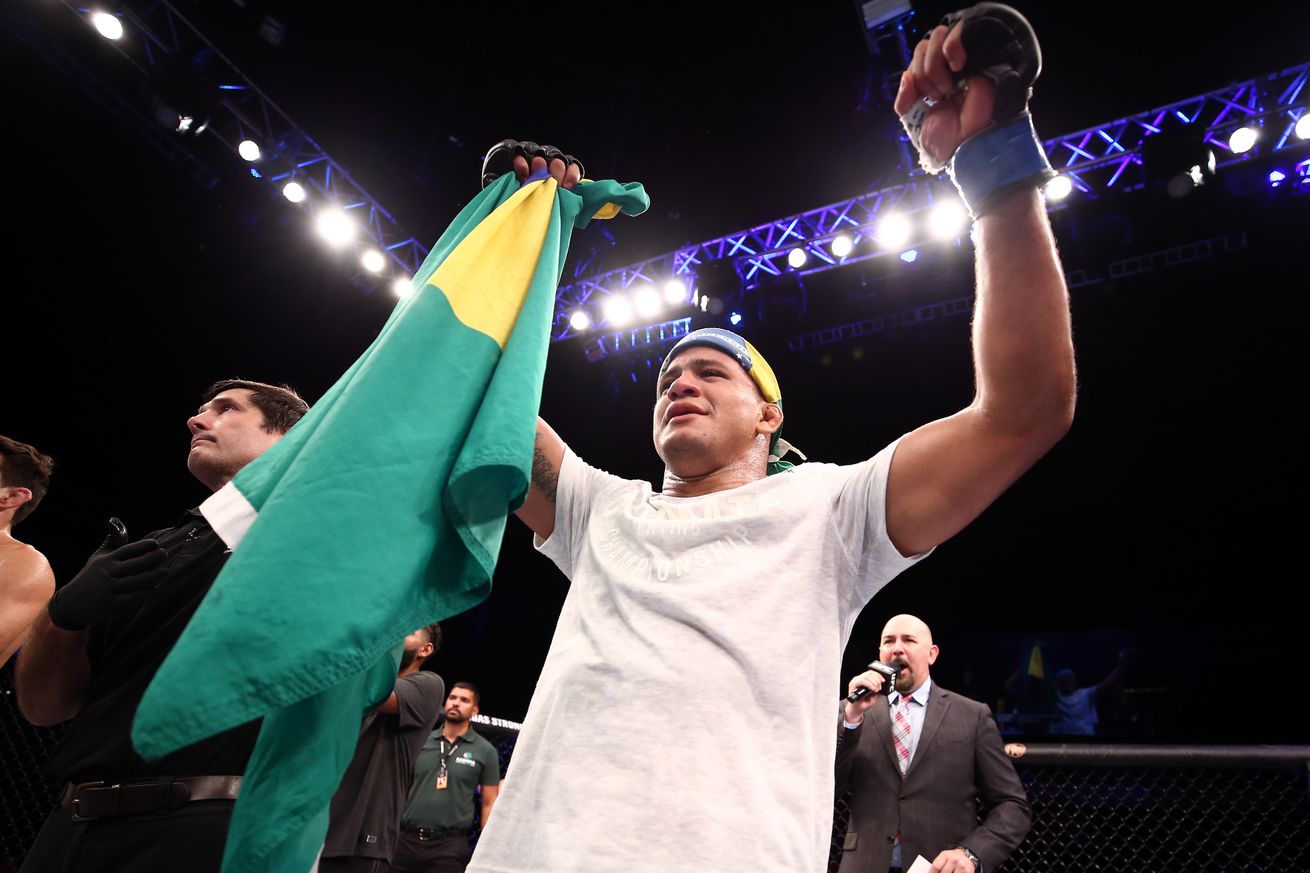 Here s what the UFC s May 30th show, tentatively set for Las Vegas, looks like. As long as the Nevada Athletic Commission gives the a-okay, the UFC is back in Las Vegas starting May 30th.

Headlining the promotion s expected return to Sin City is a welterweight main event between former champion Tyron Woodley and rising contender Gilbert Burns. The co-main features ranked heavyweights Blagoy Ivanov and Augusto Sakai. Kevin Holland, who just won by TKO over Anthony Hernandez last week, will take on Daniel Rodriguez next week in a turnaround that s as quick as his win over Hernandez was.

Your featured prelim bout is recent women s flyweight title challenger Katlyn Chookagian against Antonina Shevchenko. I m sure statheads can research this but this might be the first time a UFC fighter has ever faced siblings in consecutive bouts, with champion Valentina Shevchenko having thoroughly dismantled Chookagian in February.

The entire card will be simulcast on ESPN and ESPN . Here s the full lineup, so see what piques your interest.