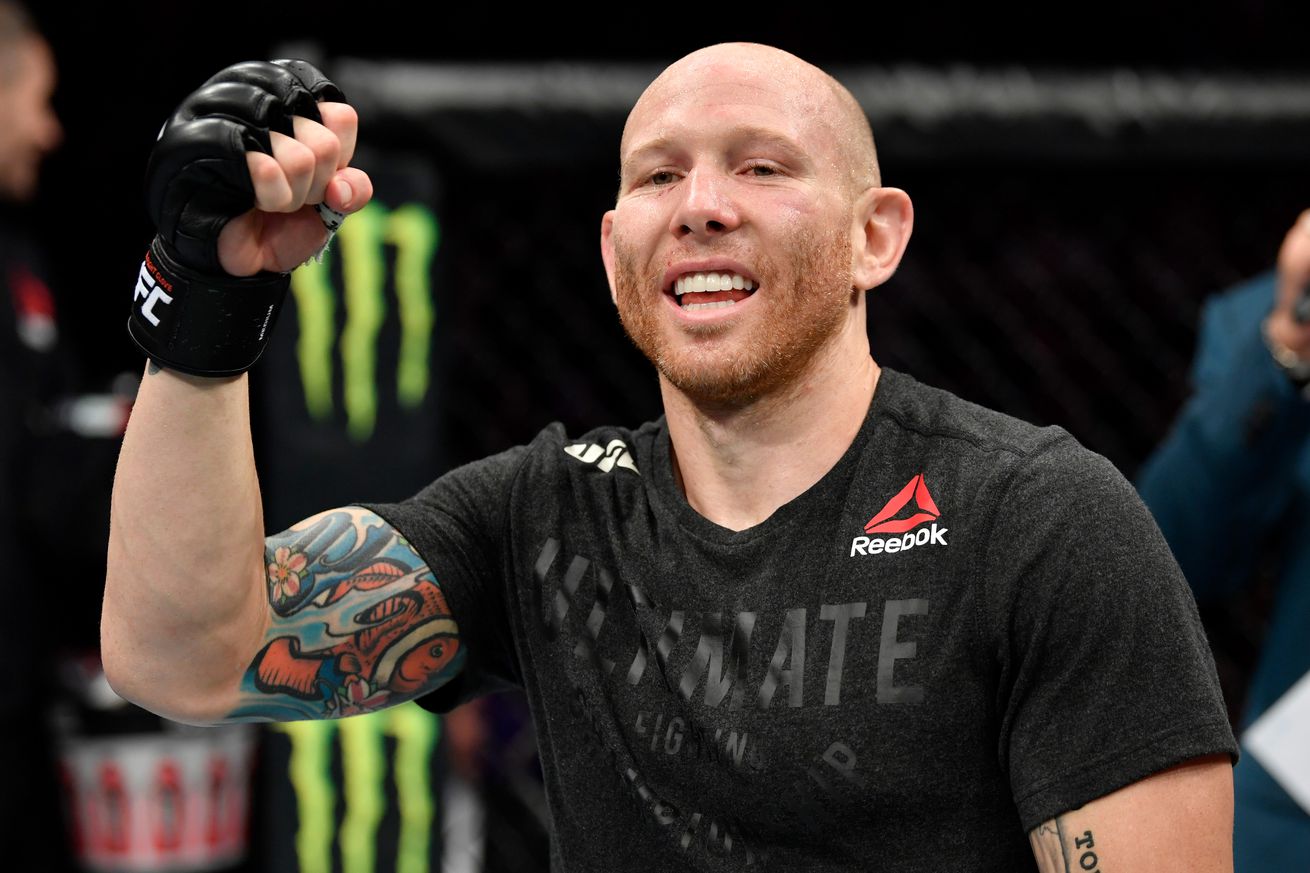 This should be a very entertaining bout between two dangerous featherweights. The UFC is prepping for its late spring and early summer schedule, which means you can expect a lot of fight announcements over the next several days.

Among the newest fight bookings is a tantalizing featherweight clash between Josh Emmett and Shane Burgos. ESPN s Ariel Helwani had the first report on Wednesday, with MMA Fighting following up on the June 20th date.

Emmett 15-2 is coming off a TKO win vs. Mirsad Bektic at UFC Sacramento last July, improving his record to 4-1 since moving down to featherweight in 2017. He burst onto the scene with a shocking KO of Ricardo Lamas, albeit in a fight he failed to make weight for. A brutal KO loss to Jeremy Stephens followed the highs of the Lamas win, and left him unable to compete for over a year. When he did return, he looked to be on the verge of a loss to Michael Johnson, then his power rescued him in the final minute of the third round as he got the KO he needed.

Burgos 13-1 shined on the regional scene while competing under the Cage Fury FC banner. Sporting a 6-1 UFC record, Hurricane Shane is riding a three-fight winning streak that consists of an armbar finish of Kurt Holobaugh, a split decision over Cub Swanson, and a dominant TKO vs. Makwan Amirkhani. His only defeat came in a Fight of the Night performance against fellow contender Calvin Kattar back at UFC 220.

Current UFC rankings have Emmett at #8 and Burgos at #10, so this is no doubt an important matchup for both men, and one that could produce fireworks in the cage.

The UFC was supposed to go to Saskatoon, Saskatchewan, Canada for its June 20th card, but that s obviously off the table due to the COVID-19 pandemic, and could wind up at the APEX facility in Las Vegas. Heavyweights Curtis Blaydes and Alexander Volkov were originally slated to headline the event, but it is unknown whether that ll still be the case.