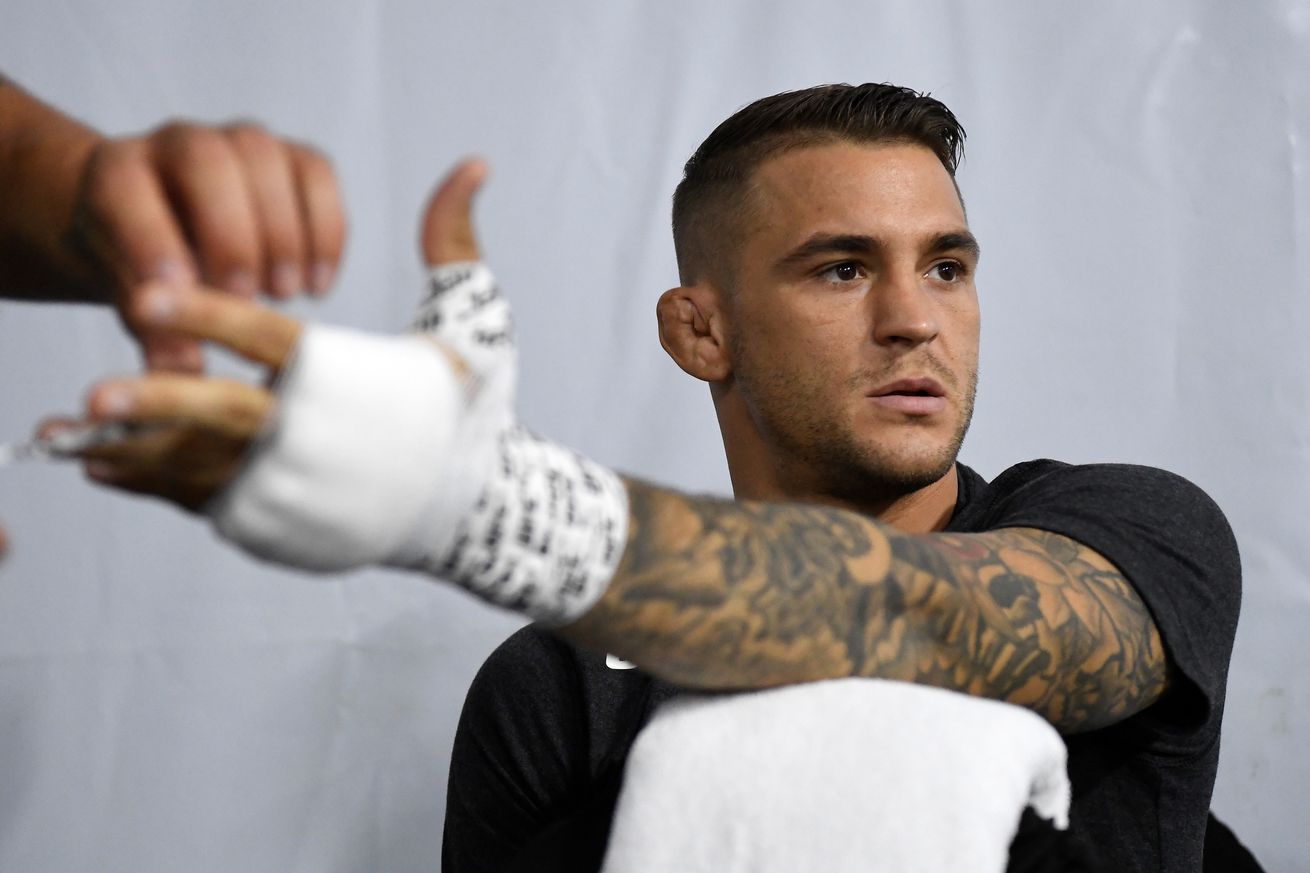 Looks like the main event of the UFC s cancelled San Diego card has stayed intact for a future event. May 16th has already come and gone without the UFC s planned lightweight bout between Dustin Poirier and Dan Hooker. The two men were supposed to meet in the main event of the UFC s San Diego fight card, before the event was scrapped amid the ongoing COVID-19 pandemic. Fortunately, however, while it still doesn t look like the UFC will be headed back to California in the immediate future, the promotion does appear to have been able to save the fight booking.

Combate first reported the news that the UFC is looking to re-schedule the top-flight lightweight action bout for their planned June 27th card. MMA Junkie has since confirmed the details, although the fight is not yet 100 official, since it s contingent on Hooker s ability to travel from New Zealand to the UFC Apex facility in Las Vegas. Otherwise, Junkie reports, that the bout will likely get pushed back another few weeks for one of the Fight Island cards sometime in July.

For Poirier 25-6 1NC this bout will be his first since losing his title challenge against lightweight champion Khabib Nurmagomedov back in September of 2019. That loss broke a four fight winning streak, including victories over Justin Gaethje and Max Holloway the latter of which netted him an interim belt. Assuming the June date goes ahead as planned, it will be just a couple months shy of a year since the Diamond last stepped into the Octagon.

His opponent, Dan Hooker 20-8 , has made a strong return to form after a crushing TKO loss at the hands of Edson Barboza in 2018. Hooker followed that win with a KO of James Vick and a dominating victory over Al Iaquinta. His split decision over Paul Felder in February of this year was a point of controversy on the night, but stands as an excellent performance from both men over the course of 5 rounds. Hooker s loss to Barboza marks the only time the New Zealander has failed to get his hand raised since moving up from Featherweight in 2017.

While the location and fight card are not yet final, reports are that the UFC is also planning a women s bantamweight bout between Aspen Ladd and Sara McMann for their June 27th card. As well as a pair of women s flyweight bouts, with Viviane Araujo facing Jennifer Maia and Alexa Grasso facing Ji Yeon Kim.