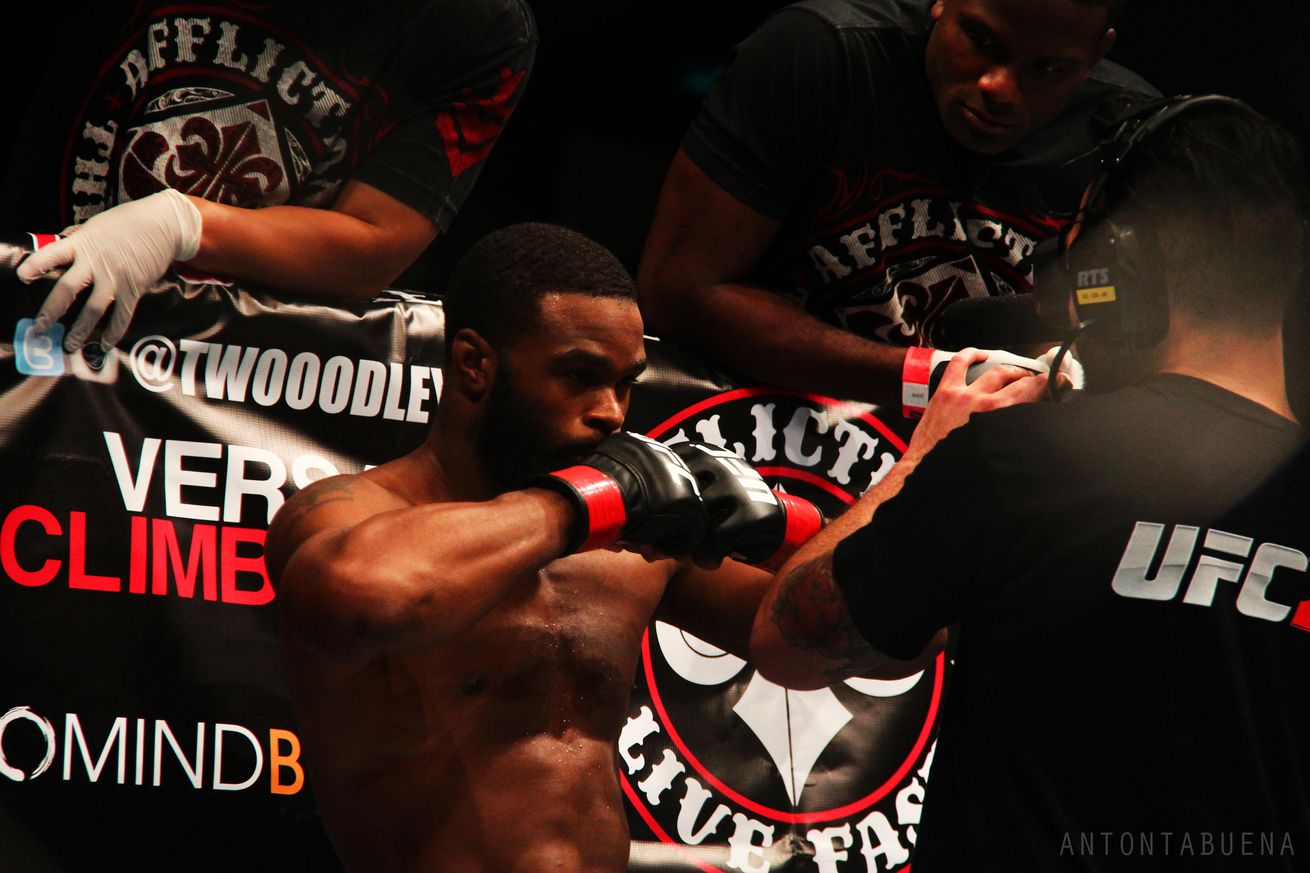 Get the Full StoryTyron Woodley s first TKO win in Strikeforce happened against one of Brazilian Jiu-Jitsu s biggest names. Remember Andre Galvao the MMA fighter? He had good victories, but ultimately wasn t as successful as he was as a decorated Brazilian Jiu-Jitsu competitor. You ve got to give the man some respect for at least trying though, which is something many of his contemporaries won t do.

Looking at the matchup on paper, Galvao had a solid case for himself. He is a respected grappler who was coming off a TKO win against Jorge Patino two months prior. But Woodley himself was on a surge with a 7-0 record, six of which he won via stoppage in the early rounds.

Woodley s game plan was to keep the fight standing, and rightly so. Some credit also goes to Galvao s boxing, which helped him land a crisp jab to start the action.

But it didn t take long before he decided to take the fight to his world and shoot for a takedown, which Woodley easily stuffed. The Chosen One, in fact, was efficient in warding off all of Galvao s attempts with hard punches. Galvao would change levels and shoot in with no set-up, Woodley would land blows from different angles as a response. Rinse and repeat.

Galvao tried the same tactic for the fourth and final time, but this one spelled the end of the contest. Woodley countered with a right hand then finished the job with a downward straight punch and a hammer fist.

Galvao never set foot in an MMA cage again. Instead, he focused on his illustrious grappling career, bagging one gold medal after another at the ADCC and Mundials, along with building his Atos franchises. Woodley went on to establish a reputation as a knockout fighter, en route to a UFC welterweight title in 2016.

It s been a while since we all witnessed a Tyron Woodley KO finish. He did, however, promise to bring back the violence against another BJJ champ in Gilbert Burns this Saturday at the UFC s return to Las Vegas. I won t hold my breath for it just based on his last fights, but it would be impressive to see him back in vintage form at 38 years of age.