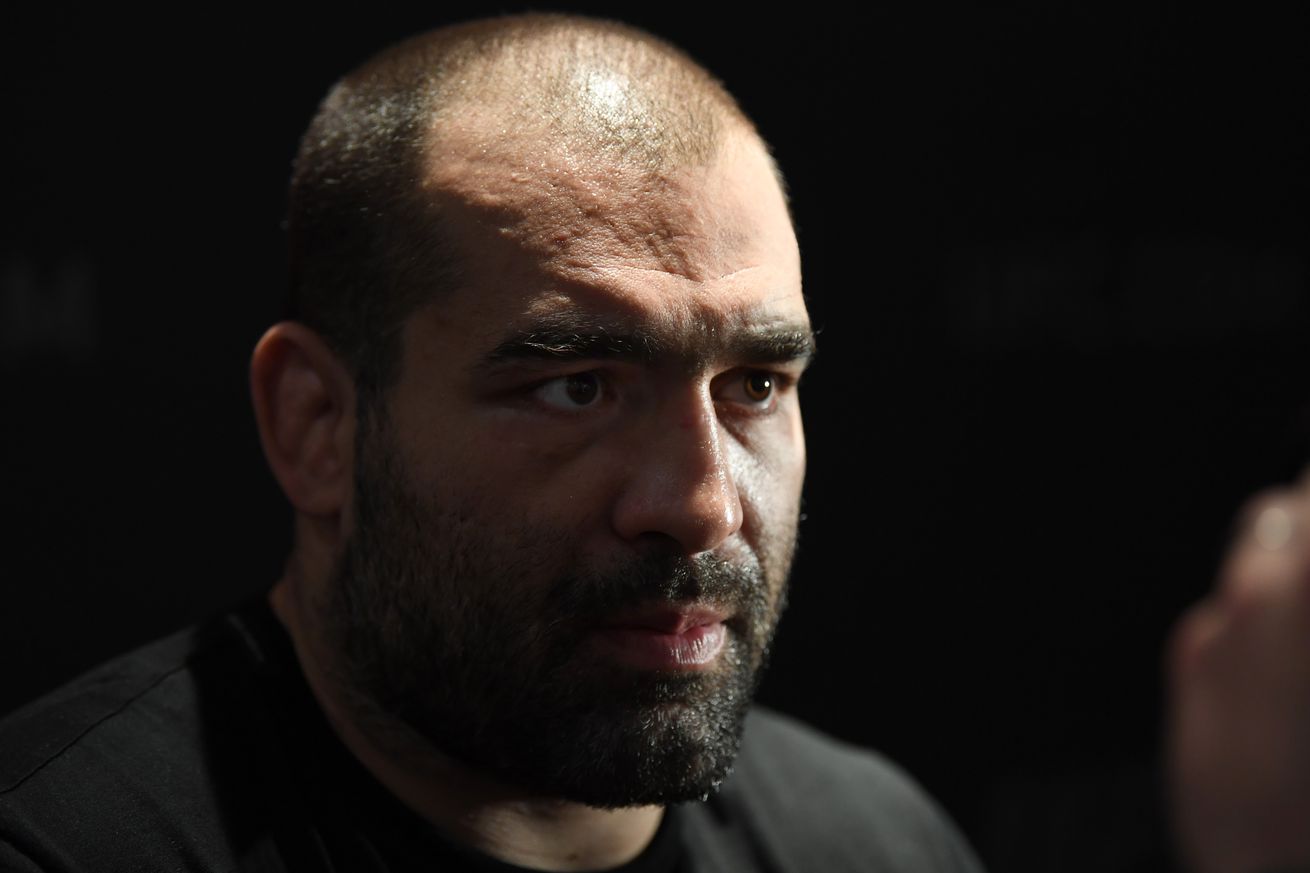 The Bulgarian co-headlines the UFC s return to Las Vegas, Nevada this Saturday night opposite fellow Bellator veteran, Augusto Sakai. Despite facing a setback in his most recent bout, Blagoy Ivanov is still fully intent on achieving his ultimate career ambition.

Ivanov 18-3, 1NC rose to prominence among hardcore MMA fans during his run with Bellator and later continued that momentum when he transitioned across to WSOF. He won the heavyweight title in the promotion and defended it four times before signing with the UFC. Following a decision loss in his debut to Junior Dos Santos after five rounds, Ivanov bounced back by defeating Ben Rothwell and Tai Tuivasa to establish himself in the division.

However, in his last outing at UFC 244, he dropped a split decision to Derrick Lewis which temporarily halted his rise up the rankings. Despite that fact, the Bulgarian hasn t been deterred and is satisfied with his standing in the promotion as he approaches his two year anniversary of first stepping inside the octagon.

I m very grateful for the position I am in, discussed Ivanov. To be part of the best organization in the world really is incredible. My goal is to capture the UFC heavyweight belt and I think that I m moving in the right direction.

Baga is perfectly happy to fight during the current global pandemic and he believes that the UFC have already shown exactly how to put on shows safely in recent weeks. Ivanov admitted that like almost every other competitor, he has had to make a few adjustments in his training. The main difference has been that he has had more individual practices in order to reduce his contact with others.

He was originally scheduled to fight on May 9 but the contest was pushed back due to the recent reshuffling of shows. Although the 33-year-old is competing a few weeks after originally planned, it hasn t changed much in his overall approach.

The recent uncertainty surrounding my fight haven t led to me becoming frustrated at all, mentioned Ivanov. Even when everything was shut down, I never stopped training. I m ready to fight but I m aware that his one may feel a little different than usual. It will be my first time competing with no fans in attendance so I ll see what that atmosphere is like. I m not used to that but I think I ll be fine and still perform.

Ivanov features in the co-main event on Saturday night opposite the Brazilian, Augusto Sakai, on a card which takes place at the UFC Apex. Sakai 14-1-1 is a Bellator veteran who earned a UFC contract by picking up a win on Dana White s Tuesday Night Contender Series Brazil. He is currently riding a five-fight winning streak and in his last two bouts he s defeated Andrei Arlovski and Marcin Tybura. Sakai has finished 11 of his 14 victories due to strikes but Ivanov has never been knocked out in his professional career and is confident of emerging with his hand raised.

Every fighter steps into the octagon with the intention of winning and Sakai will be thinking the same, explained Ivanov. I don t think that he can surprise me with anything. After this bout, I will be one step closer to my goal of the belt. We will see who my next opponent will be, but my guess is that it ll be someone in the top five.

UFC Fight Night: Woodley v Burns can be seen live on BT Sport 1 at 2am very early on Sunday morning for viewers in the UK and Ireland. Fans in the US can tune in across ESPN platforms from 9pmET 8pmCT on Saturday night.