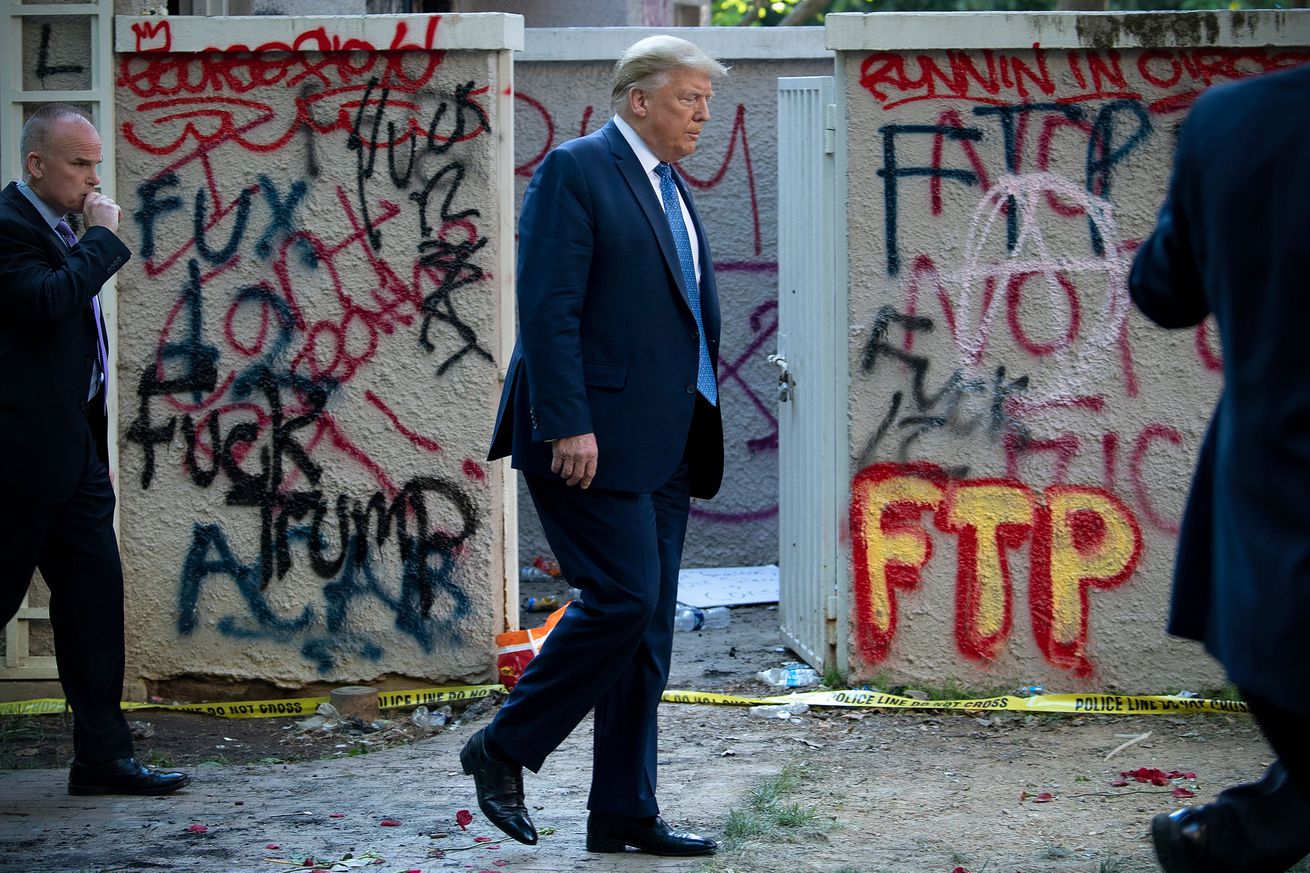 Get the Full StoryPhoto by BRENDAN SMIALOWSKI AFP via Getty Images

Karim Zidan delves into the UFC s role as a platform for Trump s propaganda and how that reflects on the promotion in the wake of the Black Lives Matter George Floyd protests. On Saturday, May 30, 2020, the Ultimate Fighting Championship UFC held its latest event amid a global pandemic.

Dubbed UFC Fight Night: Woodley vs. Burns, the event took place at the UFC APEX facility in Las Vegas, Nevada, and featured 11 fights in an empty arena due to preventative measures limiting crowds in public spaces.

Prior to the start of the main card, the UFC broadcast paid tribute to former NSAC ringside physician Dr. Albert Capanna, who recently passed away, and to George Floyd, the African-American man killed by a white Minneapolis police officer who knelt on his neck for more than eight minutes until he suffocated. The officer ordered Mr. Floyd to relax while the restrained man gasped, Please, I can t breathe.

The UFC broadcast began with a picture of Mr. Floyd, along with the caption In memory of George Floyd 1974-2020. When asked about the decision to air the tribute to the 46-year-old victim of police brutality, UFC President Dana White explained that it was the right thing to do.

What happened was horrible and it s something really affecting this country right now and the world, White said at the post-fight press conference on Saturday night. There s riots going on everywhere, across the world, right now. It was the right thing to do.

While the tribute to Mr. Floyd was an important show of solidarity, it does not negate the problematic nature of the world s leading MMA organization, and in particular its concerning relationship with U.S. President Donald Trump and the current White House administration and its willingness to serve as a platform for the president s propaganda.

Throughout the past few years, the UFC has been vocal about its support for Trump. From a hagiographic documentary titled Combatant in Chief to photo ops inside the Oval Office and occasional appearances at UFC events and broadcasts, the promotion has clearly pursued a relationship with the president and reaped benefits from the influential affiliation.

And yet, in the wake of wide-scale demonstrations, riots, and protests sparked by George Floyd s murder, the UFC s support for Trump a strongman leader who recently contemplated unleashing vicious dogs on protesters before threatening to deploy the U.S. military on its own citizens is deeply troubling, and it s silence since the tribute on Saturday is deafening.

And yet, it also comes as no surprise.

Dana White has long been emboldened by his friendship with Trump. The UFC president who spoke at the Republican National Convention in 2016 in support of Trump s election, and later at a Trump rally in 2019 has recently used his relationship with Trump as a way to defy government mandates and soldier on with his UFC shows. When first asked about his decision to move forward with the UFC show in Brasilia days after the coronavirus was labeled a pandemic by the World Health Organization White referenced a conversation he had with Trump in which the president told him to be cautious, be careful, but live your life and stop panicking.

When asked about Trump s bizarre decision to place sports executives on an economic task force, White explained that the president feels that sports should be first.

We should figure out sports, let them come out, give the people something to watch. How do you put people back in cubicles? How do you send kids back to school? Things like this are gonna be much harder than figuring out sporting events.

Given that the UFC boasts warm ties to the current White House administration, it comes as no surprise that the promotion is attempting to follow Trump s plan for sports to get back soon. There were even reports that Trump was going to give a shoutout to the UFC during one of his press briefings when the UFC planned to go ahead with its April 18 show in California because it would have fit in with the president s message about reopening the country. And while that event was postponed due to political pressure from California governor Gavin Newsom, who reportedly called Disney which owns the UFC s broadcast partner ESPN and asked it to intervene, the UFC has since held four events, three of which took place over the span of 10 days.

When the promotion finally returned to action with their first Pay-Per-View show since the coronavirus pandemic, UFC 249, they aired a recorded message of Trump congratulating the UFC and Dana White on ESPN prior to main card broadcast.

I want to congratulate Dana White and the UFC. They re going to have a big match today. We love it. We think it is important. Get the sports leagues back. Let s play. Social distancing and whatever else you have to do. We need sports. We want our sports back.

It was later reported that White got a cage-side phone call from Trump during the UFC 249 broadcast.

He said, Congratulations, you did it. I knew you were the guy. I knew you d get it done, White told The Athletic.

Trump has had an appalling few months in office, capped by his blundered handling of the coronavirus outbreak in the United States a country with 1.85 million confirmed cases of COVID-19 the highest in the world and nearly 108,000 fatalities and his reactionary and authoritarian approach to handling the ongoing protests across the United States.

Over the past few days, Trump has practiced strongman tactics in his threatening tweets and speeches and held planned photo ops that display authoritarian imagery. On Monday, the U.S. President turned security forces on peaceful protestors in front of the White House, which included the use of tear gas and rubber bullets, in order for to clear the way for him to stand in front of St. John s church holding a Bible. He declared himself the President of law and order and an ally of all peaceful protestors before proclaiming the ongoing uprising domestic terror and a crime against God.

Trump s unnerving showmanship resembles the actions of the dictators scattered across the world. It is not the behaviour of a representative of a progressive democracy.

The UFC has been noticeably silent since their George Floyd tribute on Saturday night s broadcast, despite several of their fighters speaking out and showing solidarity with protestors. UFC middleweight champion Israel Adesanya spoke at a Black Lives Matter protest in Auckland, New Zealand, on Monday, while light-heavyweight champion Jon Jones has been vocal about Mr. Floyd s murder. Instead of elevating the Black voices on their roster, the UFC has instead chosen silence.

However, as Trump continues to pivot towards fascism, the UFC will be forced to reckon with it s relationship to the volatile U.S. president.