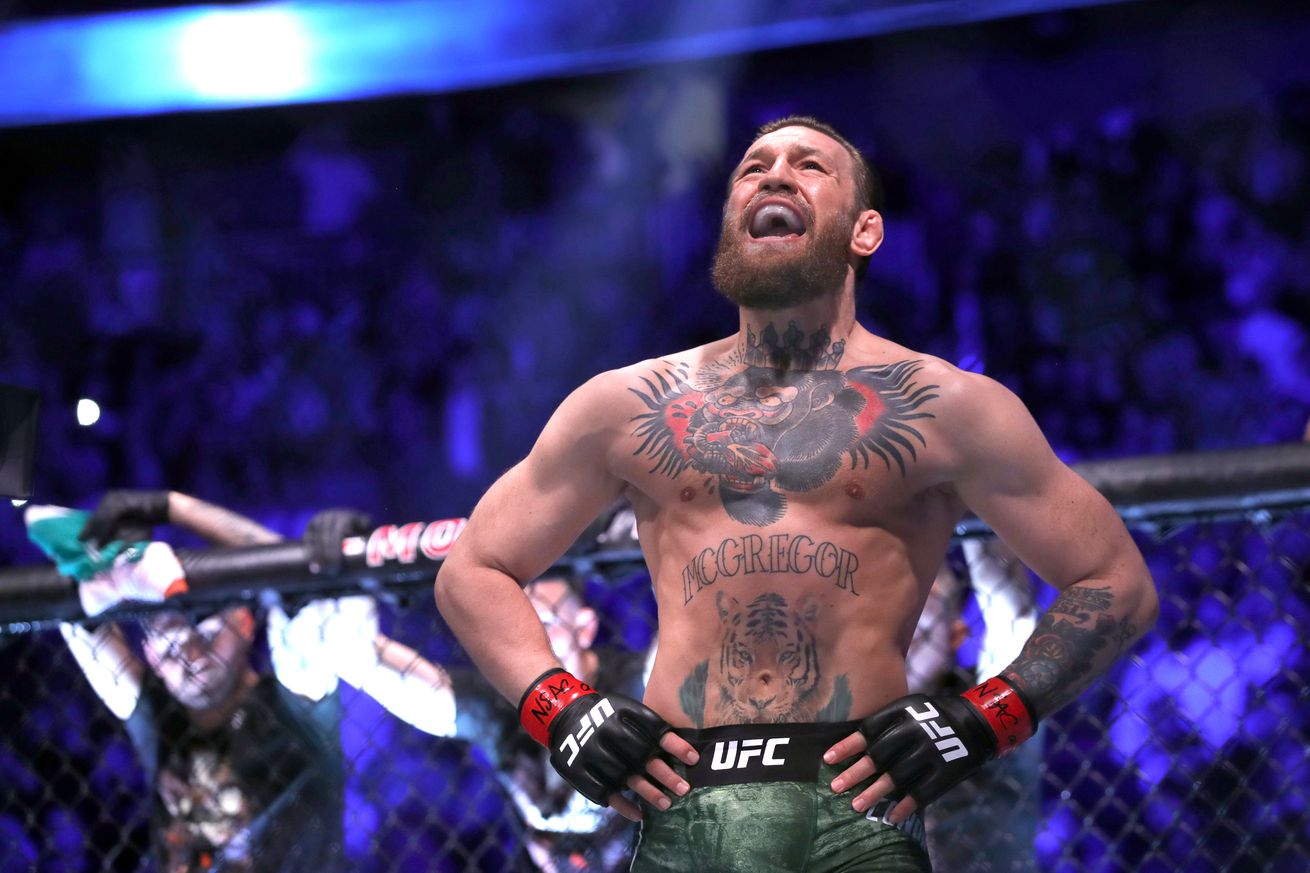 For whatever reason, the former UFC featherweight and lightweight champion tweeted his latest retirement announcement mere minutes after the conclusion of the UFC 250 main event between Amanda Nunes and Felicia Spencer.

Hey guys I ve decided to retire from fighting.Thank you all for the amazing memories! What a ride it s been!Here is a picture of myself and my mother in Las Vegas post one of my World title wins!Pick the home of your dreams Mags I love you!Whatever you desire it s yours pic.twitter.com Dh4ijsZacZ Conor McGregor TheNotoriousMMA June 7, 2020

Hey guys I ve decided to retire from fighting.Thank you all for the amazing memories! What a ride it s been! McGregor wrote. Here is a picture of myself and my mother in Las Vegas post one of my World title wins! Pick the home of your dreams Mags I love you!

Whatever you desire it s yours.

If you re keeping score, this is McGregor s third retirement since 2016. Want proof? Here are his other two tweets.

I have decided to retire young.Thanks for the cheese. Catch ya's later. Conor McGregor TheNotoriousMMA April 19, 2016

You may recall that shortly after Conor s last retirement, the New York Times publicly named McGregor as being under investigation for an alleged sexual assault in his native Republic of Ireland.

In 2016, when he decided to retire young he was pulled from his UFC 200 rematch with Nate Diaz on the same day. Dana White cited his refusal to participate in a scheduled Las Vegas press conference as the reason that he was yanked from that show.

Dana White on Conor McGregor announcing his retirement: "The amount of people I have gunning at me right now is insane. So if that's what Conor's feeling right now, Jon Jones, Jorge Masvidal, I feel you. On a certain level, I understand it."#UFC250 https: t.co 1Uy03cGTla MMAFighting.com MMAFighting June 7, 2020

Dana White on Conor's retirement announcement: "We're in a pandemic. The world is a crazy place right now and everybody feels it. I think everybody's pissed off, confused and been locked in their houses for three months." Adam Hill AdamHillLVRJ June 7, 2020

McGregor s last fight was a 40-second TKO of Donald Cerrone at UFC 246. The fight took place at welterweight and was his first bout since losing to Khabib Nurmagomedov at UFC 229.