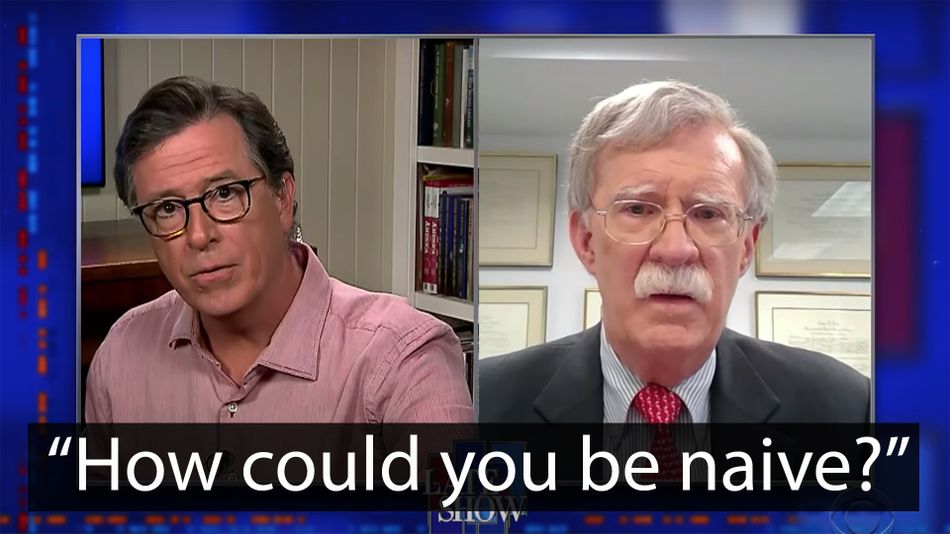 Get the Full StoryIf John Bolton was expecting an easy interview with Stephen Colbert, he was way off base.

Appearing on The Late Show on Tuesday to promote his tell-all book, The Room Where It Happened, Donald Trump's former National Security Advisor found himself fielding some fairly tough questions from the late night show host.

Questions like why, when Bolton knew what he knew about Trump's personality, did he go to work for him in the first place?

"I guess what's exasperating is there is absolutely nothing Donald Trump has done that is surprising to me," says Colbert. "My rule is, everything you think about Donald Trump is probably true, because he's not deep enough to get your socks wet in. He's incredibly readable that's why when he ran casinos, the house lost. There's nothing to learn about him. That's why he's essentially a boring person. How did you not know beforehand that he was just callow?" Read more...More about Stephen Colbert, The Late Show With Stephen Colbert, John Bolton, Entertainment, and Politics