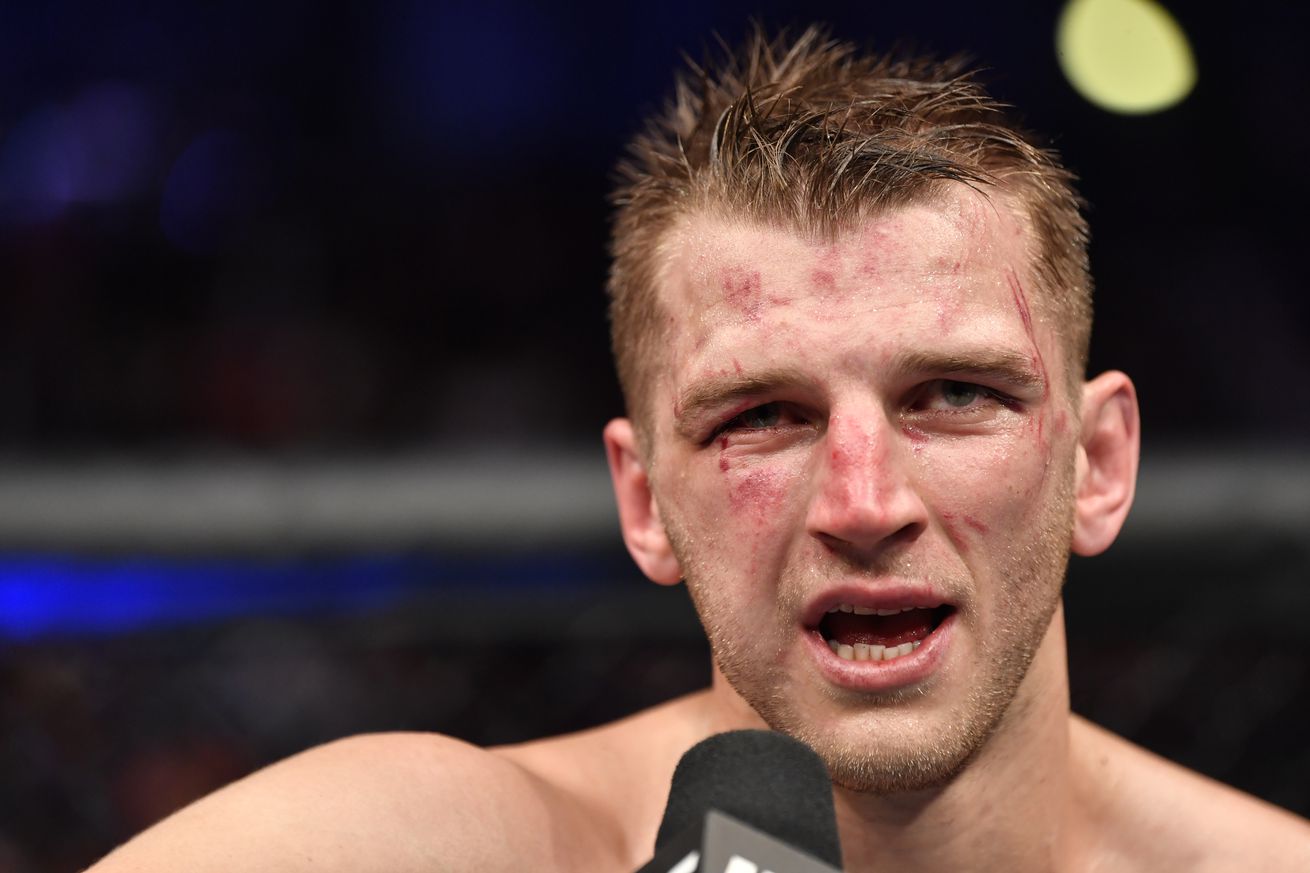 He has the game you would put together to definitely give Khabib his toughest test. I m leaning more towards Geathje in that fight. Dan Hooker thinks Justin Gaethje could pull off the upset against Khabib Nurmagomedov, telling MMA Fighting that he believes the newly-crowned interim UFC lightweight champion matches up very well against the undefeated Dagestani.

I m definitely interested, Hooker said of the matchup. Gaethje, if you re describing a skill set that would give Khabib trouble, it is Gaethje s skill set. An incredibly strong defensive wrestler who s very handy on his feet and can dish out a lot of damage. Great cardio being five rounds. Very comfortable being in a main event spot.

He has the game you would put together to definitely give Khabib his toughest test. I m leaning more towards Gaethje in that fight.

Gaethje has a background in NCAA Division I wrestling and possesses vicious knockout power in both hands, which makes him a threat not only to Nurmagomedov but just about every other fighter in the UFC lightweight division. The Highlight has won his last four fights via KO TKO and is the only fighter to stop Tony Ferguson via strikes, TKO ing El Cucuy in the fifth round of the UFC 249 main event earlier in May.

Hooker is hoping a win over Dustin Poirier at UFC on ESPN 12 will set him up for a title shot against Gaethje by the end of the year.

That sounds like a perfect way to cap off the year, Hooker said. I ll stay ready, I ll stay sharp, but I m looking for that next title shot. I feel like this win, especially a knockout win, really solidifies my spot as the next No. 1 contender.

UFC on ESPN: Poirier vs. Hooker takes place this Saturday, June 27 at the UFC APEX facility in Las Vegas, Nevada.