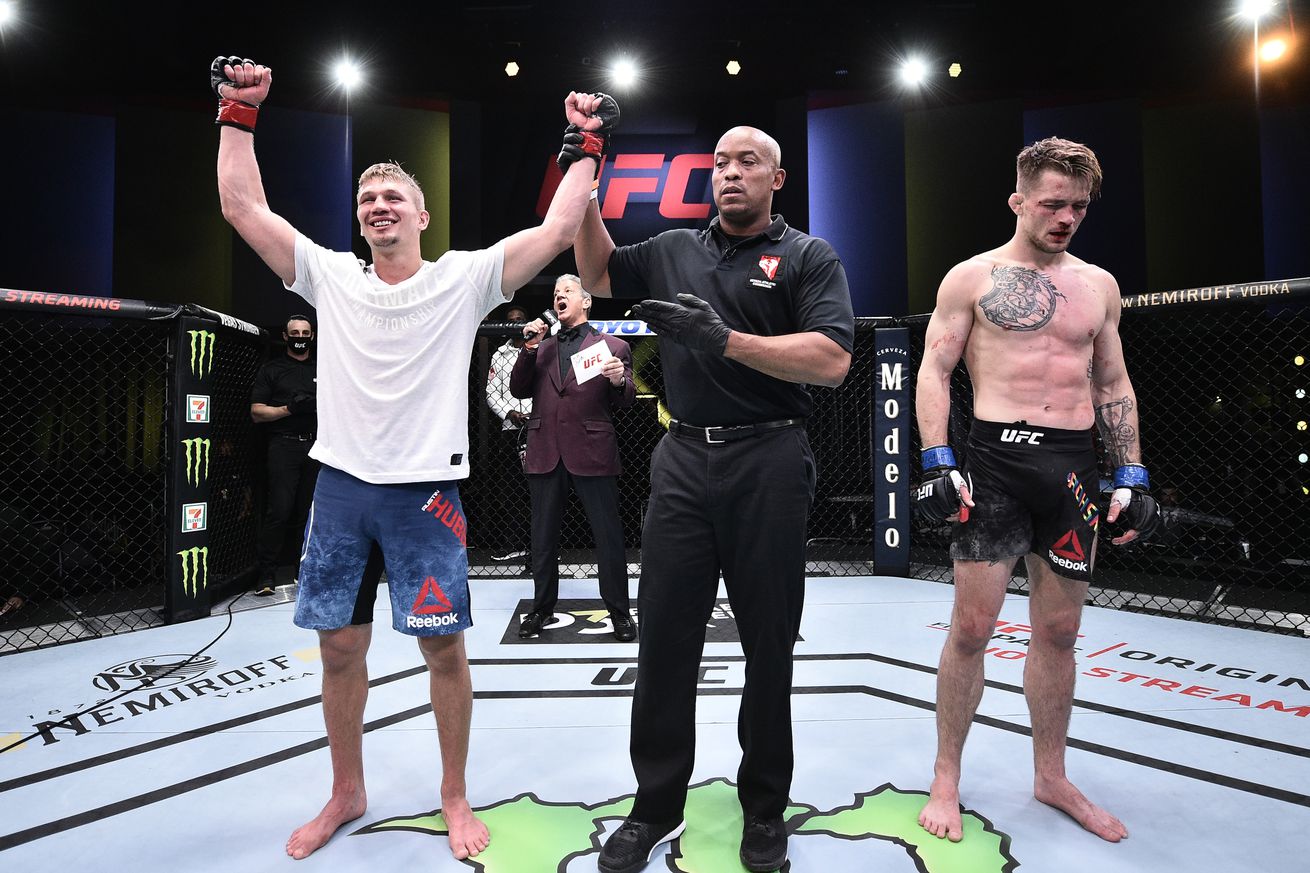 Recent UFC signee Max Rohskopf wants to make it clear that he feels his coach was entirely justified in pushing him, details past problems pushing himself through competition. To hear Max Rohskopf tell it, what happened to him against Austin Hubbard on Saturday in Las Vegas, NV was part of a long pattern. But, not in the way that many fans and media members saw it play out as yet another in the long string of indictments against MMA s problems with throwing in the towel.

Instead, in a recent interview with MMA Fighting, the Xtreme Couture fighter admitted that his decision to stop his own fight with Hubbard between the second and third rounds fits a narrative throughout his competitive career. When it s come to competing on the biggest stage, his doubts have gotten the better of him.

While Rohskopf explained that he still has a lot of emotions that he hasn t really processed he hoped that fans would turn their attention more toward Hubbard s performance in victory, rather than his in defeat. He also came to the defense of his management over suggestions that they should have known he wasn t ready for this kind of step up in competition.

I think what my manager did was 100 percent spot on. He s been in the sport long enough to know when someone has the ability and the talent to do it. I ve been around guys who have won world titles in multiple sports kickboxing, boxing, jiu-jitsu, wrestling, MMA and everyone around me that s watched me train knows that I have the skills and the ability to do it. I just didn t show it on Saturday. It s no one s fault that I was in that situation except for mine.

No one should be getting flack for that.

Eventually the former collegiate wrestler says he has a lot of mental problems that he ll be working to fix moving forward. And while he sounded confident that he would get another chance to show his potential in the Octagon, if that doesn t happen, Rohskopf feels that he d be okay with that, too. At the end of the day, the most important thing appears to be that fans know that his coach, Robert Drysdale, doesn t deserve any of the blame.

I actually didn t want anything to do with MMA until I knocked on his door and was like, Hey, man. I need help and I want you to coach me, Rohskopf said, adding that Drysdale even went so far as to give him a place to live. He s done nothing but be there for me and do everything he can for me. So for people to come out and say that he was wrong in that situation, there s literally no debate or discussion about it. At the end of the day, I m the one paying him and that s what I wanted him to do. That s what I expected him to do and if I was cornering someone else, that s what I would do.

There s really no discussion about it. Rob did the right thing and he s always done right by me.