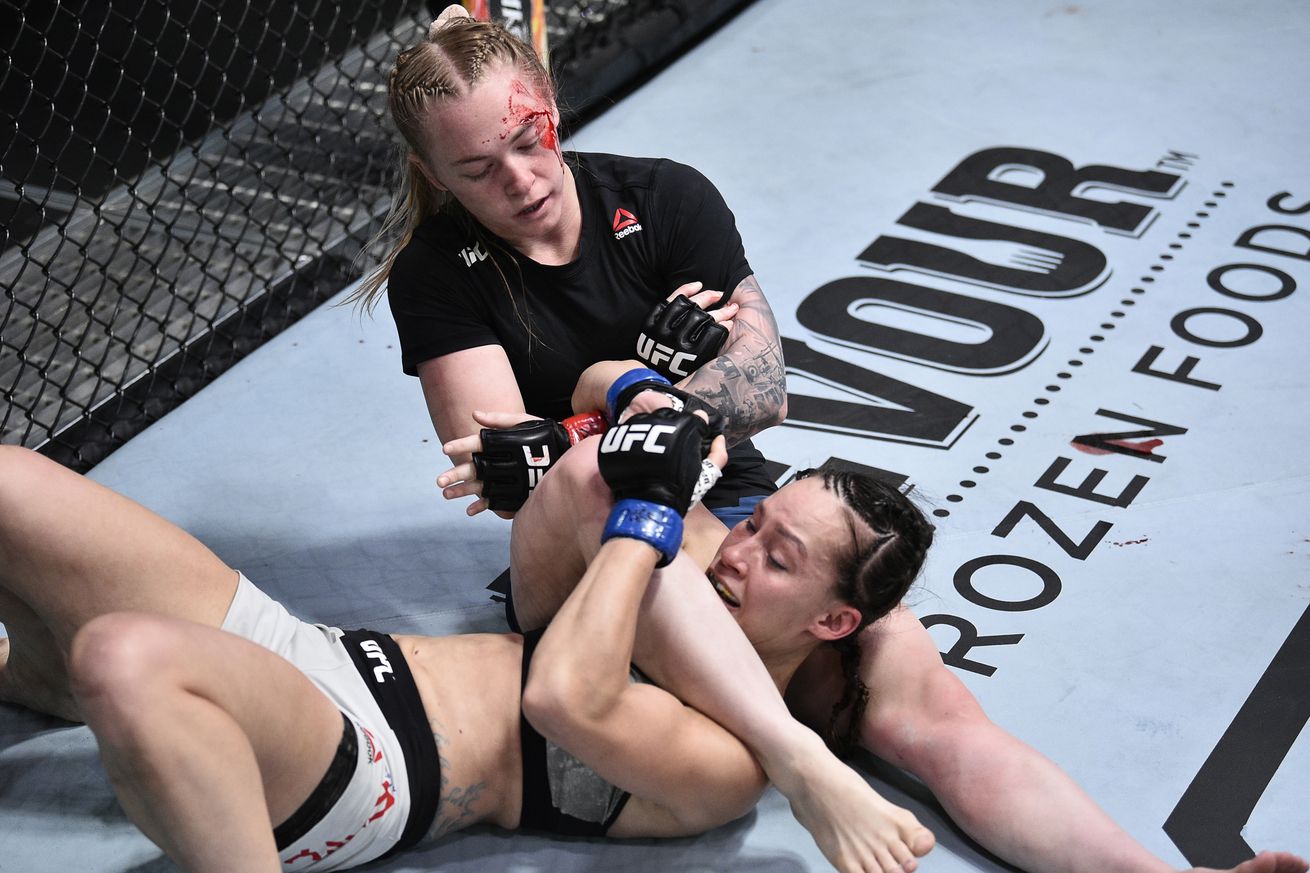 Hansen 7-3 defeated Jinh Yu Frey by third-round submission on the prelims of UFC Vegas 4 this past weekend. The 20-year-old Hansen became the second-youngest fighter on the UFC roster when she was signed to the promotion last week from Invicta FC. Only featherweight Chase Hooper is younger, being born a month after Hansen.

Known her for highly skilled grappling abilities, Rousey was impressed with what she saw from Hansen as she congratulated her post-fight.

In the fight, Hansen improved after losing on the feet in the first round taking the fight to the mat in the second. She was able to get into a position in the third round to secure the armbar and force a tap out of Yu Frey.

Before the fight, it was revealed that a 37,000 bet was placed on Hansen to win. On her way home from Las Vegas, Hansen came across the bettor in the airport posting a picture of the two on her Twitter account.

Meanwhile, Rousey has not officially retired from MMA but it looks highly unlikely she will ever make a return. Rowdy last fought in December 2016 losing to Amanda Nunes by first-round stoppage.