Mayweather planning another return to ring with exhibition bout 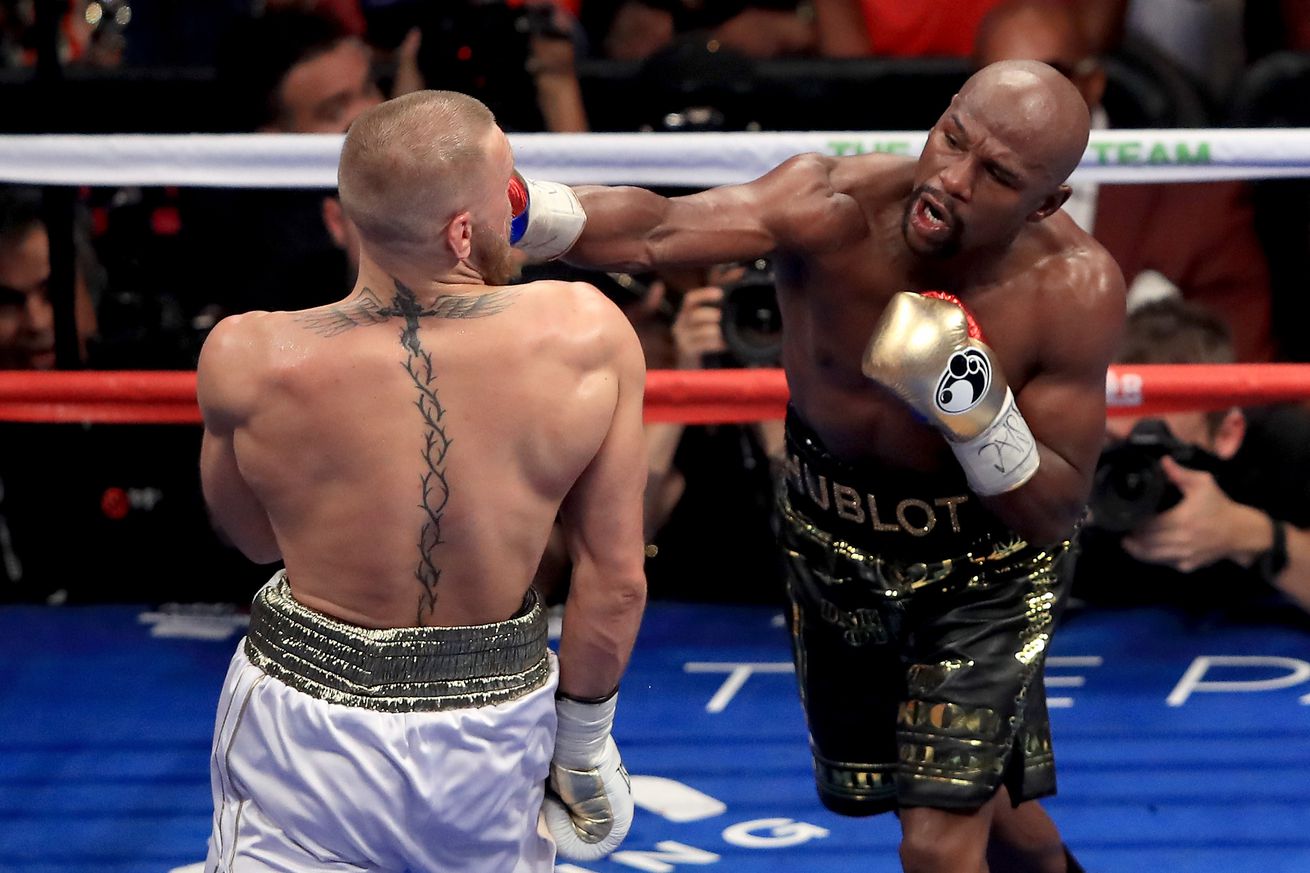 One of combat sports biggest stars may be returning to the ring again in the next year, for another exhibition boxing match in Japan with RIZIN FF. Since beating Andre Berto in 2015, and relinquishing his claim to the WBA, WBC, and Ring welterweight titles Floyd Mayweather s career in combat sports has only seemed to become more amplified in his desire to minimize potential risk and maximize profit. Always a defensively minded, calculating fighter, Mayweather returned after two years on the sidelines to fight MMA superstar and total boxing neophyte Conor McGregor, in what became one of the highest grossing PPV events of all time.

Then 40-years-old and his record officially at 50-0, he hung up his gloves from regulated competition. And while he has yet to take another pro bout, he returned on NYE of 2018, for a 3-round exhibition fight against world class 125 lb kickboxing talent Tenshin Nasukawa at RIZIN 14. While only 3 rounds, the bout ended up have all the appearances of a pro contest with Nasukawa s corner throwing in the towel after their fighter was knocked down three times in the first round. Mayweather reportedly made 9 million for the fight.

The bout came with some controversial push-back some fans even claiming the fight looked staged , but it appears to have been a successful enough event in the eyes of Mayweather to look at doing the whole thing over again. In a recent interview with Forbes, Mayweather revealed his upcoming plans telling the outlet, We re working on some things right now for Tokyo, whether 2020 or 2021.

From the sound of things, that exhibition will once again be with RIZIN.

Soon I m going to hop on my jet to Tokyo, Japan for a meeting with my partners and Rizin for something this year 2020. Stay tuned, Mayweather wrote in a July 8th Instagram post, featuring footage of him doing a little light shadow boxing.

Unfortunately for fans who may have been hoping that this could mean a potential MMA exhibition crossover bout, rather than another boxing match, it doesn t sound like that s in the cards.

No I won t compete in MMA , Mayweather said. I think just like how winning teams receive home-field advantage in the playoffs...you don t fix what isn t broken, and my record isn t broken.

A report from BoxingScene.com suggests that the planned opponent may be former WBA super-featherweight champion Takashi Uchiyama. The 40-year-old Uchiyama retired from competition in 2016, after suffering a pair of losses to Jezreel Corrales the first defeats of Uchiyama s career. However, Mayweather Promotions CEO Leonard Ellerbe refused to confirm the news to the outlet, telling them that while he wasn t disputing or refuting any of the reports, all official news will come from Mayweather himself. When the time is right, he ll speak on that.

As for whether he d ever make a return to fighting pro again? Mayweather didn t sound like he was particularly entertaining the idea. Although he might consider it if the money was right.

For now, I m happily retired. You never know, but it would have to be worth it, Mayweather said, when asked if he d consider returning to boxing or possibly even entertain a rematch with Conor McGregor. Just like gambling right? Juice worth the squeeze no matter who the opponent is.