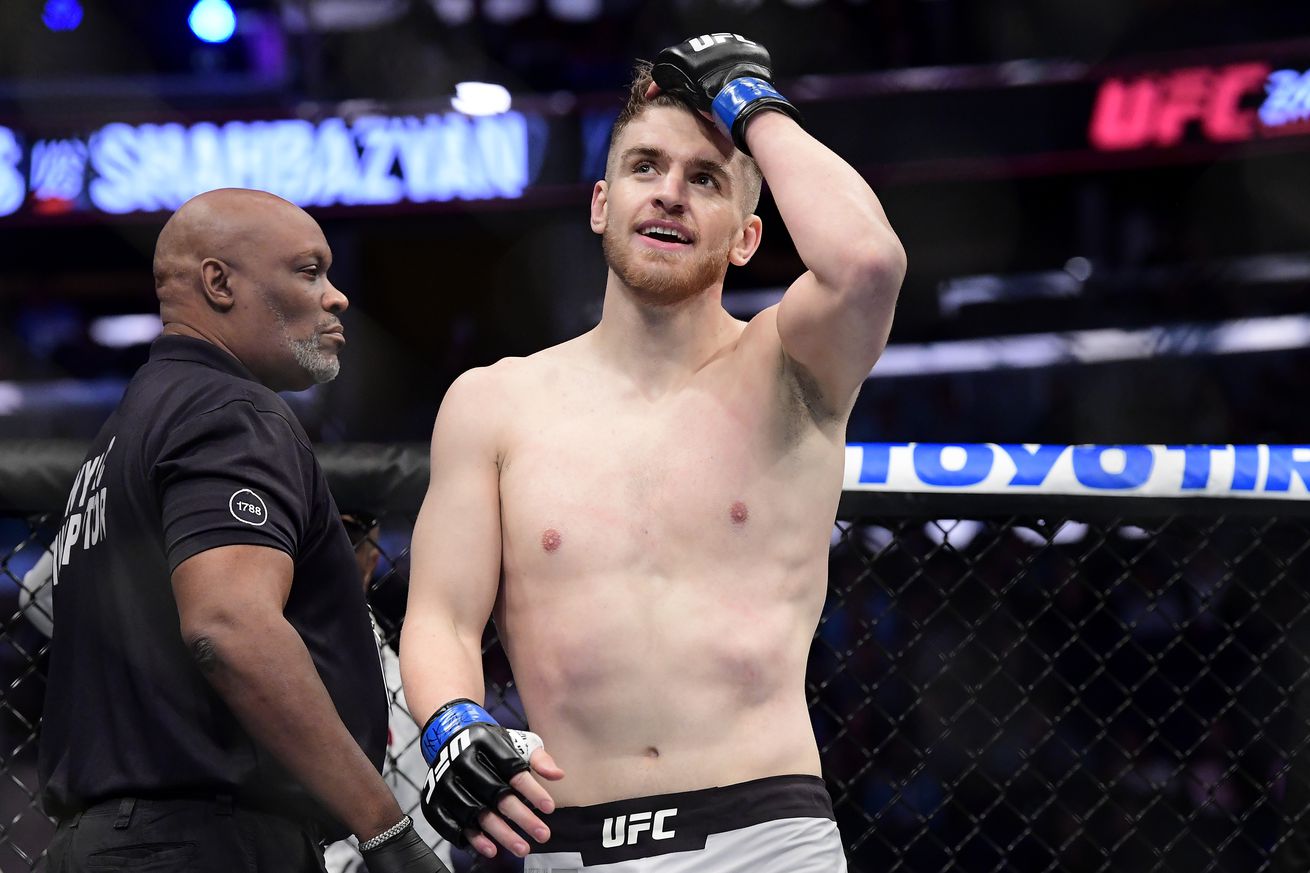 Get the Full StoryPhoto by Steven Ryan Getty Images

Check out the current fight card for the UFC Fight Night: Brunson vs. Shahbazyan card in Las Vegas. The UFC will be coming back to Sin City after a four-event run on Fight Island in Abu Dhabi. On August 1st, UFC Apex was supposed to be the host of a women s bantamweight fight between Holly Holm and Irene Aldana. However, Aldana tested positive for COVID-19 so the fight was scrapped.

In the new headliner, Edmen Shabazyan will look to continue his quick rise at middleweight when he meets solid gatekeeper Derek Brunson. The new co-main event will see late replacement Joanne Calderwood jumping in to fight Jennifer Maia.

No bout order has been set outside of the main event and we will see some other matchups announced soon, but here is what s on tap for UFC Vegas 5 as of right now.