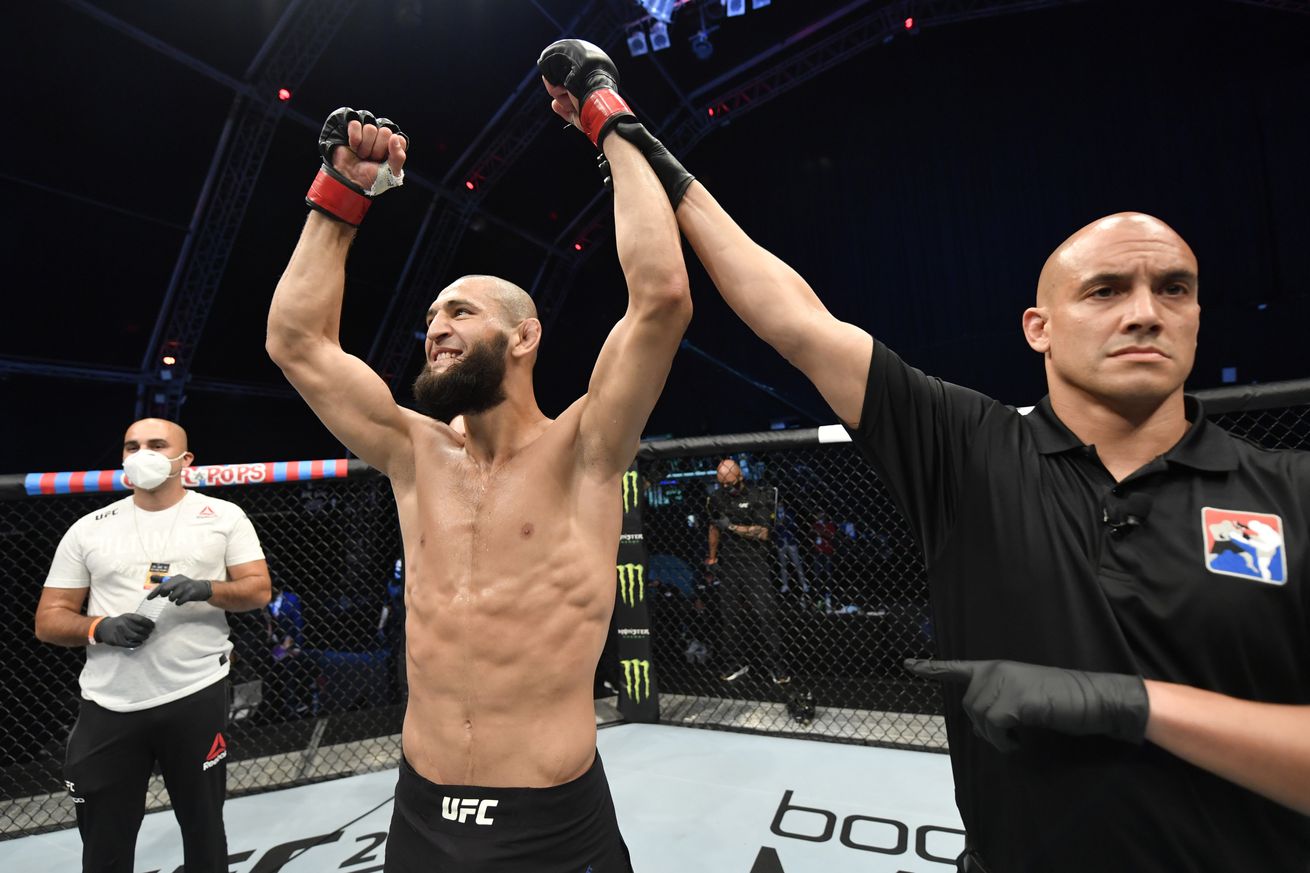 Undefeated welterweight Khamzat Chimaev is reportedly getting another quick turnaround, this time for a pay-per-view event. After his a successful UFC debut on July 15th, Khamzat Chimaev decided to stay on Fight Island and get himself a quick turnaround fight against Rhys McKee on Saturday. The undefeated welterweight got the job done via first-round TKO, setting a UFC record for the quickest turnaround victory with 11 days.

After his win over McKee, the 26-year-old fighter immediately sent a tweet to UFC president Dana White, stating he is ready to take on another fight. And it looks like the boss is obliging.

Just spoke to danawhite and he said KChimaev is special and wants to fight again on Aug. 15 at #UFC252. He said he ll make that happen. Kevin Iole KevinI July 26, 2020

Matchmakers obviously have no fight lined up yet, but Borz already made his intentions known to a couple of veterans.

demianmaia you a legend I respect you but sorry you re next... let s see who have better grappling... Khamzat Chimaev KChimaev July 26, 2020

UFC 252 will take place at the APEX facility in Las Vegas, and Chimaev will need to secure himself a US visa. If he does not make it in time for the August 15th event, sources say the UFC will likely have him back in competition by early September.

Chimaev, a teammate of three-time title contender Alexander Gustafsson, holds a professional record of 8-0. All of his victories ended by stoppage.