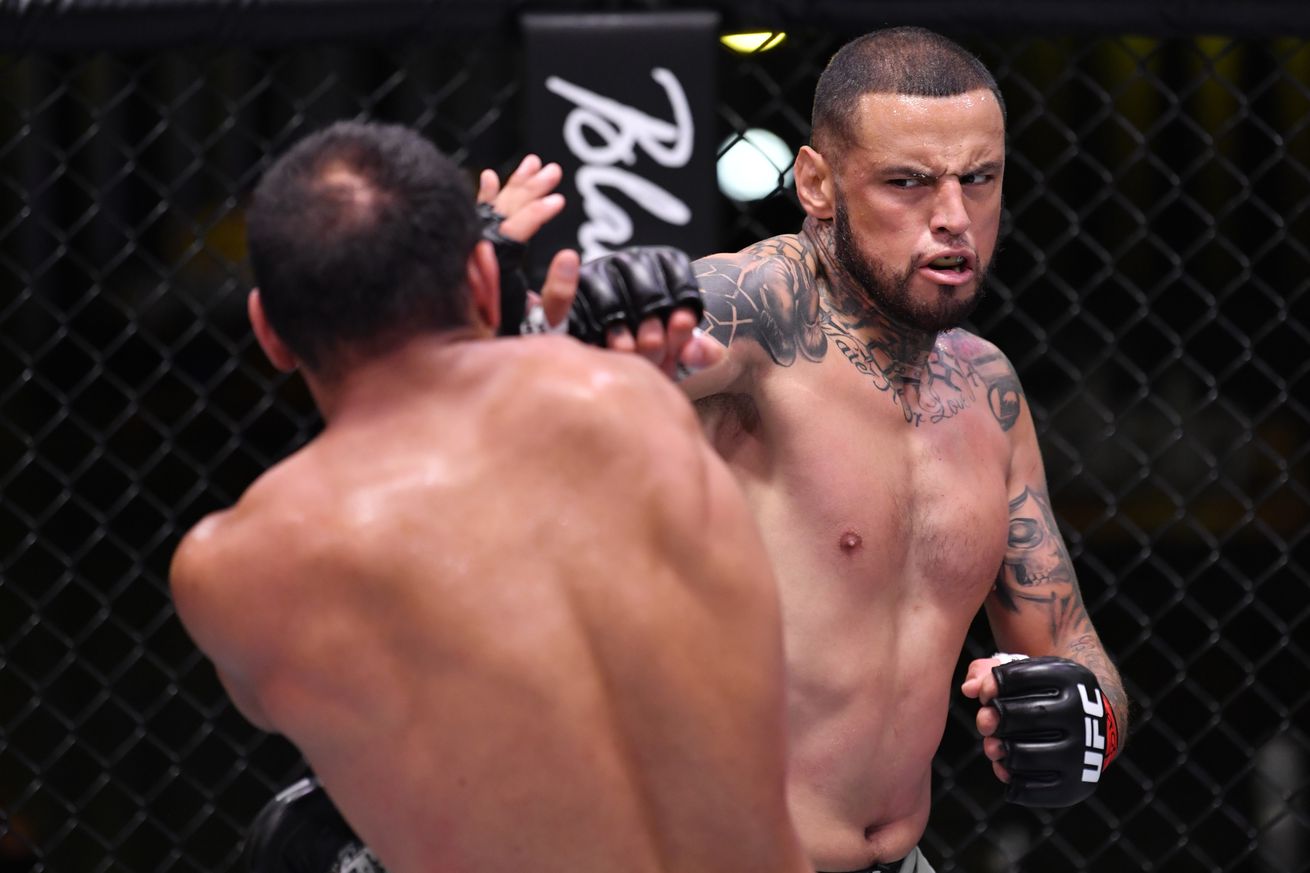 Rodriguez caught up with Bloody Elbow following his win over Gabe Green at UFC Fight Night: Woodley vs. Burns in late May. D-Rod spoke enthusiastically of his time at the BMF Ranch with Cowboy Cerrone and Joe Schilling.

It s a fighter destination, Rodriguez said. Me going out there is like a kid in a toy store. It s an unbelievable experience. It s probably one of the coolest places I ve ever been to in the world. The dude has everything... He has the dune buggies. He is building a race track. He has a paintball course. He has a bar. He has a f king airplane hanger for a tool shed. He has mountain bikes for days. He has a gym, a sauna. The guy has everything a fighter needs to have the perfect fight camp.

Rodriguez made an emphatic UFC debut in February, cashing in as a moderate underdog with a second-round submission win over veteran Tim Means.

I learn a lot about myself in every fight, Rodriguez reflected. The Tim Means fight was an amazing fight, but I haven t reached that level of competition. I haven t had those real barn-burner fights where I m all busted up. I barely come out with injuries. The UFC is somewhere I was always meant to be with all the great performances I put on before. I think I m going to get to a really, really high level. The Tim Means fight assured me I have so much more to gain.

Rodriguez 12-1 is scheduled to fight Takashi Sato 16-3 at UFC Fight Night: Edgar vs. Munhoz at the UFC Apex in Las Vegas on August 22.