A bigger cage is better - Miocic vs. DC 3 gets small Octagon 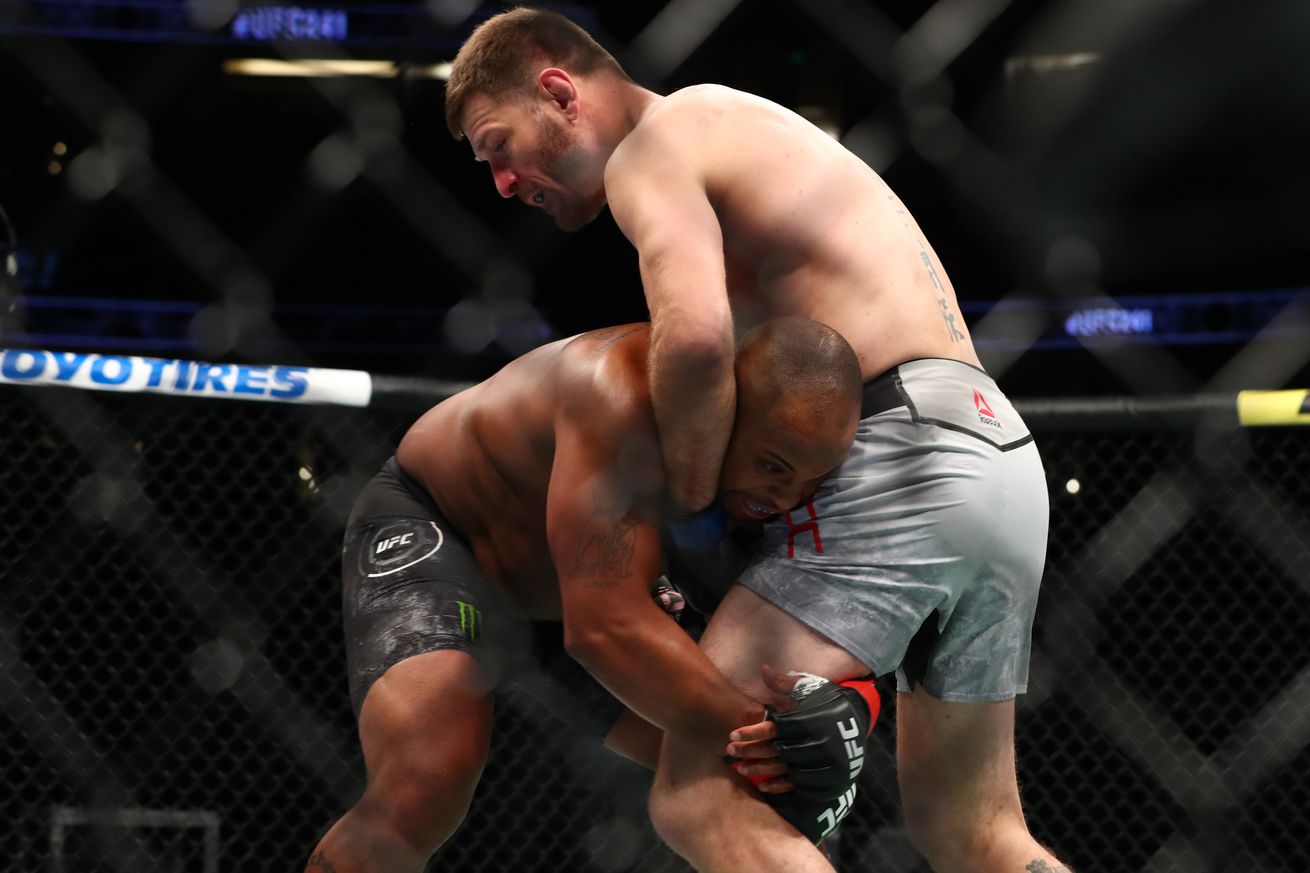 UFC 252 will be using the smaller, 25-foot cage for their upcoming PPV bout, headlined by a title fight between Daniel Cormier and Stipe Miocic, despite the champ s wishes. If the pandemic has proved anything to fans, it s that the UFC s smaller Octagon provides a more action-packed viewing experience. That s old news for anyone who was watching back in the WEC days, but the UFC s time at their Apex facility where they ve exclusively used their 25-foot cage really drove the point home.

Over the 55 bouts hosted at the UFC Apex across the month of June including an event in late May , 29 fights ended inside the distance. That s a 53 finishing ratio. Move over to July, and the big, 30-foot cage used for the UFC s events in Abu Dhabi, and the finishing rate dropped down to 45 with just 23 of 51 bouts ending before the final bell.

But, while fans may be happy to see the UFC return to Vegas and their smaller Octagon, at least one person isn t all that thrilled about it. Current UFC heavyweight champion Stipe Miocic recently revealed to ESPN that he lobbied the promotion to use the big cage for his upcoming trilogy bout against Daniel Cormier, at UFC 252. Unfortunately for him, it seems his protest fell on deaf ears.

A bigger cage is better of course, Miocic said. It is what it is. I m not going to cry about it. I definitely tried to get a bigger cage, but it wasn t in the cards.

There are a lot more angles and stuff, and getting pushed against the cage, you don t have that extra five feet, Miocic explained. We ve definitely been training wrestling more. He said to bring my wrestling shoes. He ll definitely try to wrestle me, but every fight starts standing, don t forget that.

We ll see. Take me down then. We re wrestling? I thought we were fighting.

All that said, it doesn t sound like the champ is very concerned, especially since the 25-foot Octagon mirrors what he s been working with in training.

What are you gonna do? Miocic added. I m not worried. My gym s cage is the same size and I ve been working on everything.

In their first bout, Daniel Cormier knocked Miocic out at just 4:33 of round 1, having not even attempted a single takedown although Miocic did complete one on Cormier earlier in the round . In the rematch, both men attempted three takedowns and completed only one apiece with Miocic rebounding from Cormier s early pressure to win via TKO in the 4th round.

Miocic vs. Cormier 3 is set to go down on August 15th in Las Vegas. A heavyweight bout between Junior Dos Santos and Jairzinho Rozenstruik is also planned for the event. Stay tuned to Bloody Elbow for more news and notes as fight night approaches.