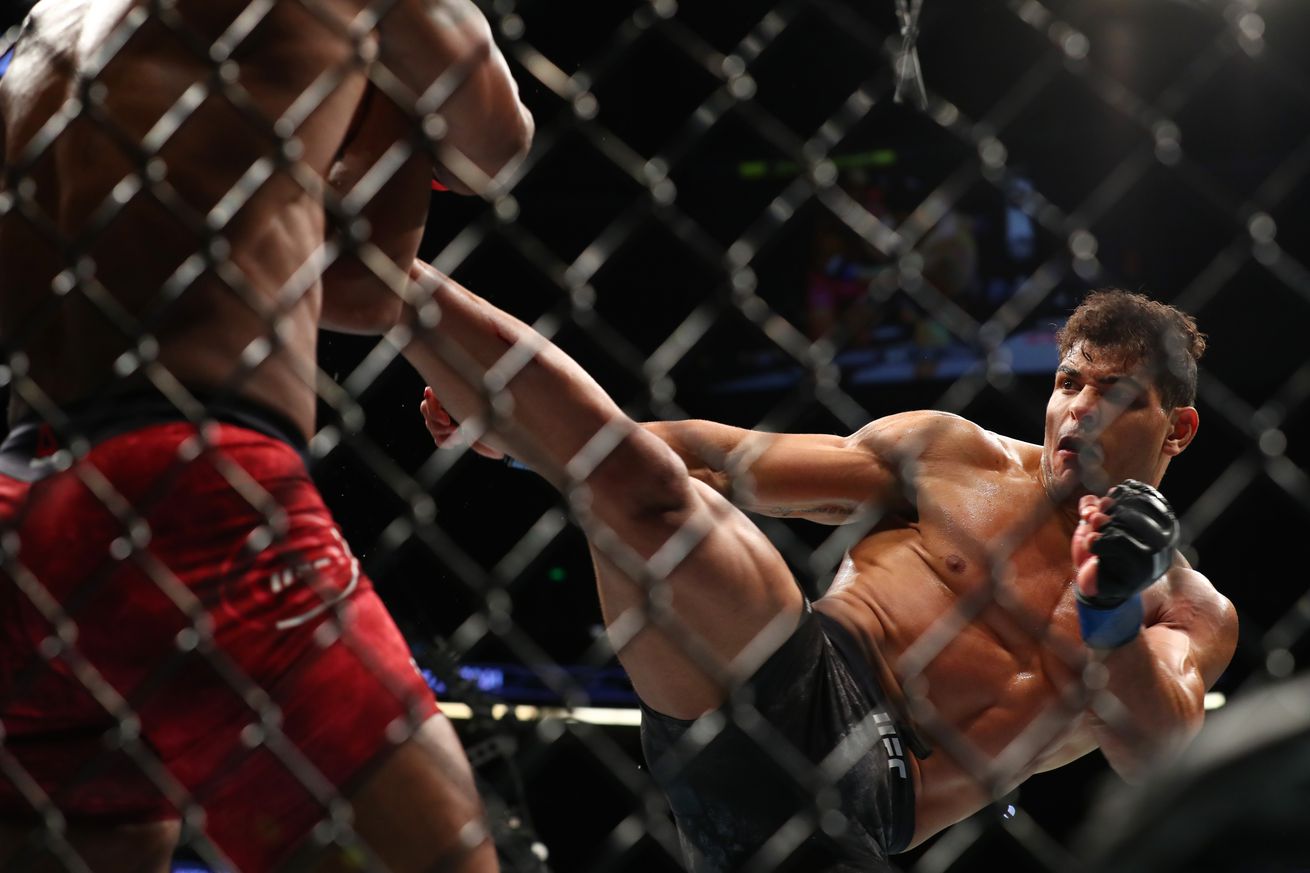 Costa 13-0 is scheduled to take on current middleweight champion Israel Adesanya at UFC 253 in September. The undefeated Brazilian has gone 5-0 at 185-pounds since debuting in 2017, last winning a decision against Yoel Romero in August 2019.

Costa is seen in the video hitting pads in preparation for his upcoming fight against Adesanya. The Brazilian impressively lands 23 powerful kicks in just 12 seconds, and also shows off his fast hooks and uppercuts.

I bring the pro fighters to do real sparring with me, Costa said. So I believe I don t need to protect them. God is who protects us. I have been training since I did the surgery one year ago. I m like a beast now, just hungry and obsessed. Transcription via MMA Mania

Costa has recently faced some criticism from the likes of UFC color commentator Dan Hardy for lacking cardio and technique, solely relying on his powerful frame to win his fights. Hardy said that Adesanya, Robert Whittaker and Darren Till would make Costa look like a powerlifter .

UFC 253 takes place on September 19th in Las Vegas. Adesanya vs. Costa will headline the card.