No Pettis fight for Moicano 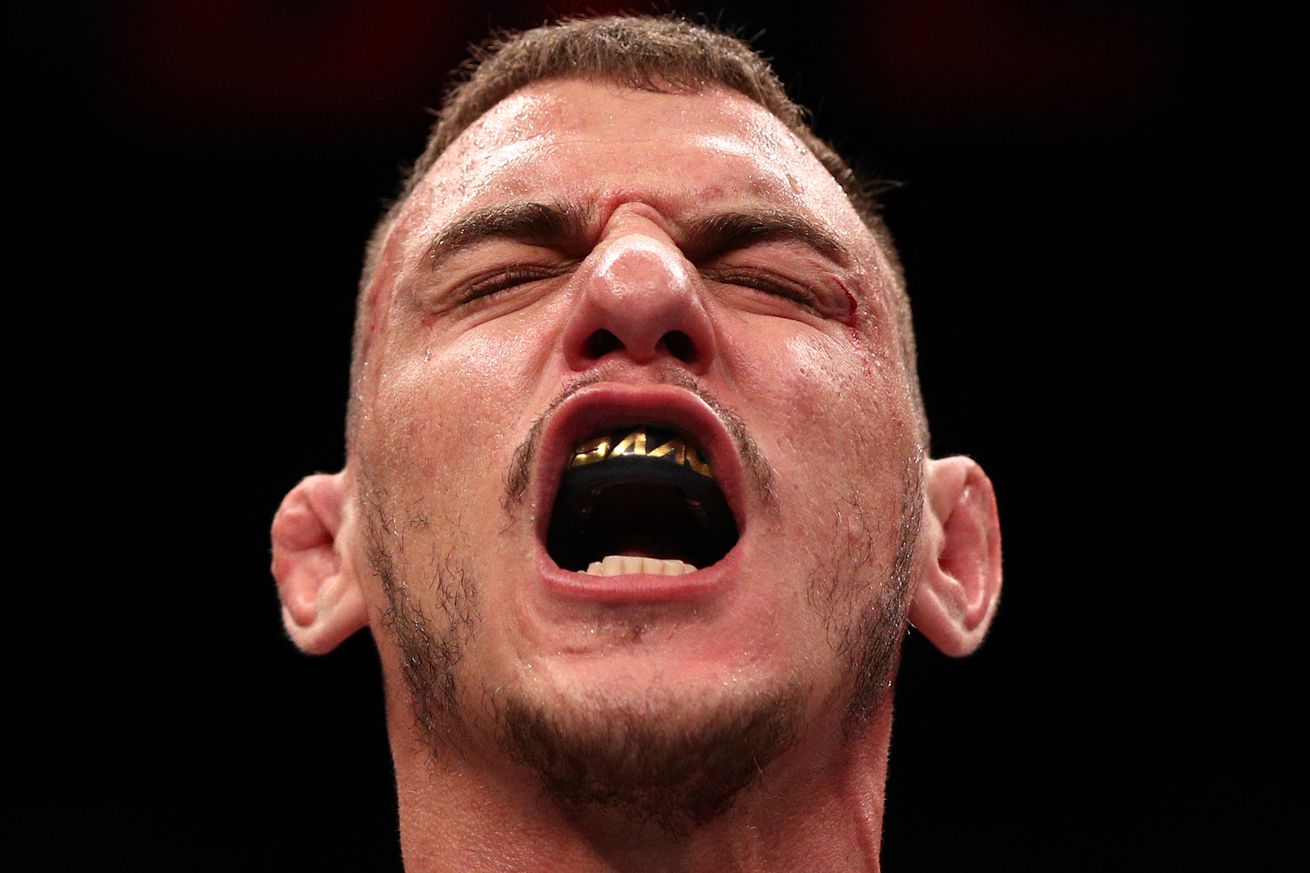 After calling out Anthony Pettis, Renato Moicano gets matched up with Magpmed Mustafaev. Recently Renato Moicano let everyone know that he wanted to take on a former UFC champion for his next bout in the lightweight division. He told James Lynch of Line Movement that he was hoping to face-off with Anthony Showtime Pettis. However, the UFC have other plans for the Brazilian.

According to MMA Fighting Moicano is set to fight Magomed Mustafaev at a yet-to-be named card scheduled for October 17th.

Moicano debuted at 155 lbs in March at UFC Brasilia; the first UFC event that banned fans from the venue, in response to the ongoing global COVID-19 pandemic. In an empty arena Moicano quickly submitted Damir Hadzovic and then complained about it .

Before those loses Moicano beat Cub Swanson and Calvin Kattar to climb the featherweight rankings. His only ever professional loss was to another featherweight title challenger Brian Ortega in 2017.

Magomed Mustafaev is currently 3-2 versus UFC competition 15-3 overall . He debuted with ZUFFA in 2015 with a TKO win over Piotr Hallmann. Sniper then followed that up with a TKO win against Joe Proctor. Next he lost, via technical decision, to Kevin Lee.

In 2019 he rebounded with a win over Rafael Fiziev. His most recent fight was this February, at UFC Fight Night: Felder vs. Hooker. There he lost a split decision to Brad Riddell.

The UFC s October 17 event is set for a TBD venue most likely the UFC APEX in Las Vegas . The main event for that card is scheduled to be a featherweight fight between Brian Ortega and Chan Sung Jung. Other bouts tied to the card include Jessica Andrade vs. Jessica Eye and Modestas Bukauskas vs. Jimmy Crute.