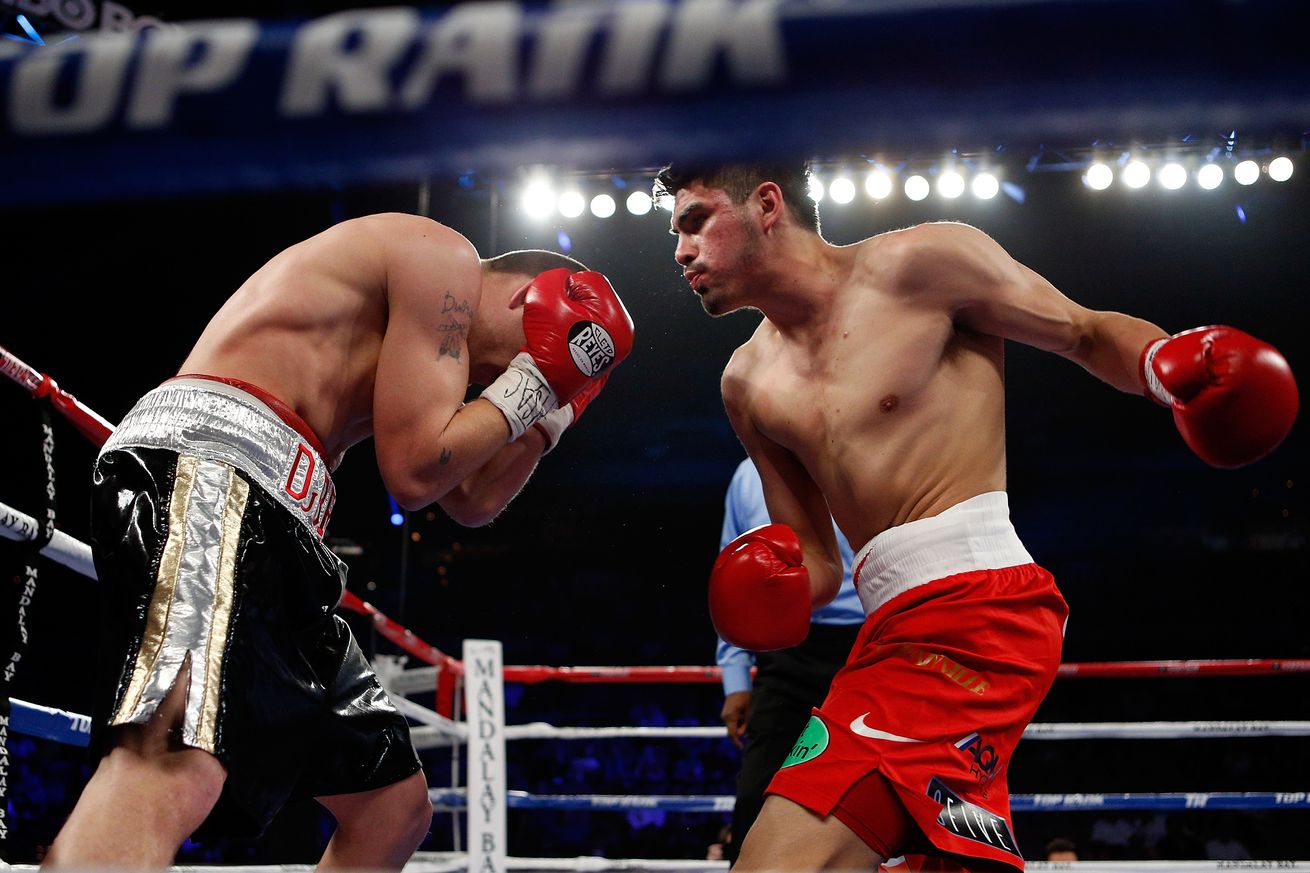 Get the Full StoryPhoto by Josh Hedges Getty Images

Ramirez won the vacant WBC belt in 2018 with a unanimous decision over Amir Ahmed Imam. He then defended it 2 times before scoring a brutal TKO win over Maurice Hooker to unify it with the WBO title. World Boxing Super Series winner Josh Taylor deserves to be called the #1 in the division but Ramirez has the next best case.

Postol came to prominence in 2015 when he knocked out Lucas Matthysse to win the WBC belt. He was a victim of Terence Crawford who was on his way to unify the division s 4 major belts before moving up to welterweight. He also fell to Josh Taylor. Since losing to Taylor, Postol rebounded with a tune up fight and a win over decent European level fighter Mohamed Mimoune. At 36, this is likely his last opportunity at the world level.

Stylistically, Ramirez is a pressure fighter with an excellent lead arm. He possesses a powerful jab and combines him very well with his left hook to break the distance and make his way to the inside, where he does his best work. Postol is a tall outside fighter with long arms who aims to keep his distance thanks to his footwork and fight behind his jab. The closest match ups to the challenge each fighter will face this week end are probably their biggest wins, Hooker for Ramirez and Matthysse for Postol.

Against Hooker, Ramirez used his jab very well to stay more than competitive at mid-range and his headmovement to get to the inside and go to work on the taller fighter. Postol completely neutralized Matthysse pressure with his jab and footwork and by tying up on the rare occasions the Argentine managed to get close to him.

The gameplans should very similar here but both fighters face tougher challenges. Matthysse didn t have the jab or head movement to help him deal with Postol s jab and get on the inside that Ramirez possesses. Matthysse was also a 33 year old fighter that looked past his sell by date as his later career attested , Ramirez is in the prime of his career and while he doesn t have the power of a Matthysse, he is much faster. On the other hand, Hooker chose to cover up and fight on the inside or use his feet to get away against Ramirez, while Postol will very likely choose to try to tie up and neutralize Ramirez in these situations.

This should be a tricky fight for Ramirez in the early rounds, but I would expect him to find his way to the inside more consistently as the fight progresses to take a decision or potentially a late stoppage.

As intriguing and relevant as the main event is, the rest of the card isn t much to write home about. Arnold Barboza Jr 23-0, 10 KOs , whose main claim to fame is knocking out the corpse of Mike Alvarado last year, fights Tony Luis 29-3, 10 KOs , who challenged for an interim WBA belt 5 years ago. The rest of the undercard features undefeated prospects with under 10 fights in experience gain fights, though Raymond Muratalla 9-0, 7 KOs taking a step up in competition against Cesar Alan Valenzuela 15-6-1, 5 KOs might be worth keeping an eye on.