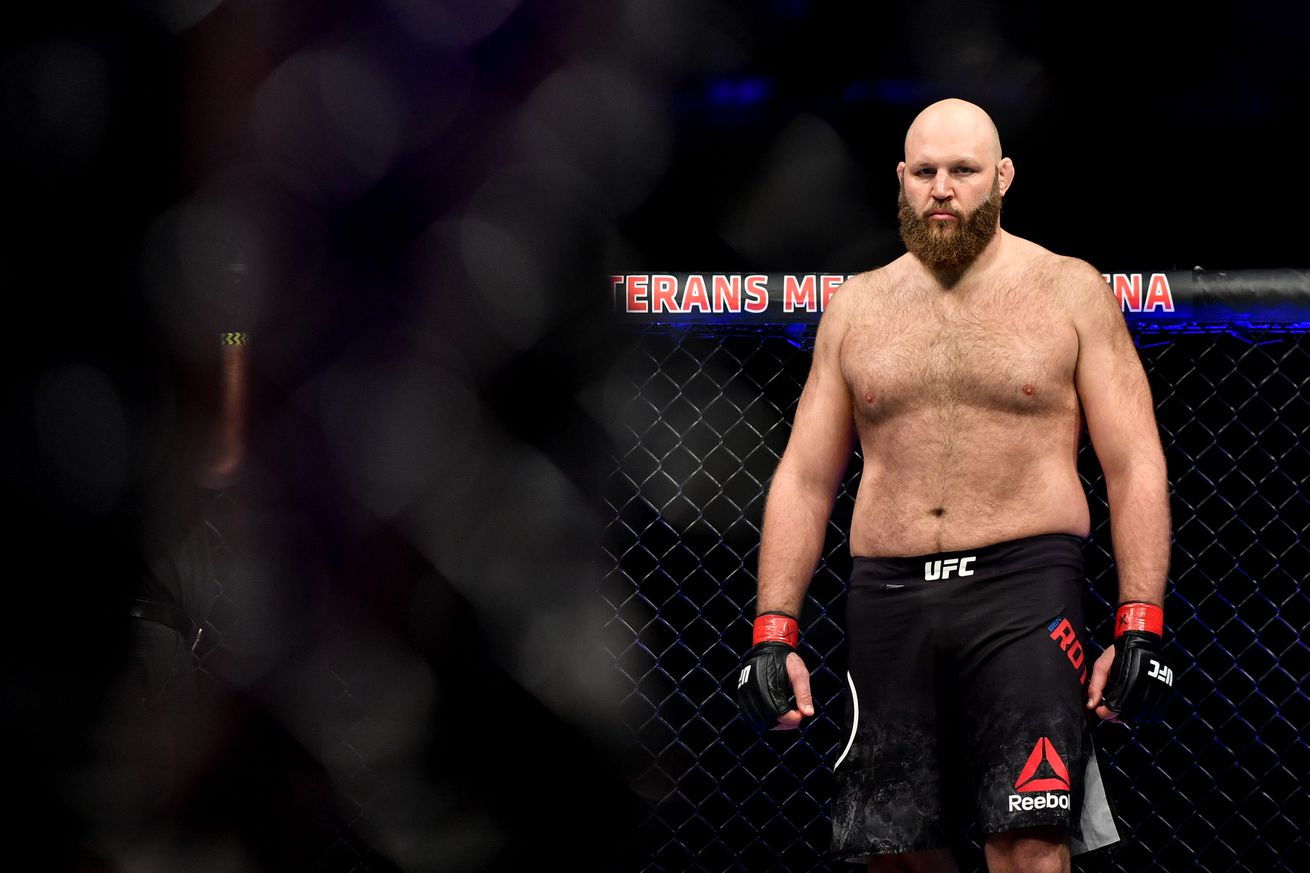 UFC heavyweight Ben Rothwell, of Kenosha, WI, spoke out on social media against the term all lives matter . Kenosha, WI is currently the site of protests against racial injustice and police killings of Black people. The protests are in response to the police shooting of Jacob Blake, an unarmed Black man who was shot in the back on August 23 while attempting to enter a car that contained his children.

The shooting of Blake by police officer Rusten Sheskey, who is white, was captured on video.

The protests in Kenosha mirror those that have continued to take place across the United States, and beyond, that began after George Floyd was killed by police officer Derek Chauvin in Minneapolis, MN on May 25. The protests, which have rallied around the term Black Lives Matter, have also invoked the names of other Black people who have been killed in recent times including Breonna Taylor, Ahmaud Arbery, Rayshard Brooks, Tamir Rice, Philando Castile, Mike Brown, and many many more.

Some of those protests have been met with small counter-protests. On Tuesday in Kenosha two protestors were shot and killed, allegedly by counter-protestor Kyle Rittenhouse.

A popular term among counter-protestors, and others who deny the existence of and or uphold systemic racism in the USA and other nations, is all lives matter .

Kenosha resident, and UFC heavyweight, Ben Rothwell took to social media recently to share a meme that is directed towards people who say things like all lives matter .

Rothwell s post was shared by Ben Fowlkes of The Athletic.

For my all lives matter friends:

When the Boston marathon was bombed, and everybody s profile picture changed to Boston Strong , nobody said all cities are strong .

When the Las Vegas shooting happened, people changed their profiles to Stand with Vegas , nobody said Stand with Everywhere

Have you ever seen someone counter a breast cancer post with wait, what about colon cancer ?

This is not an either or proclamation. When there is a crisis we have always rallied around that particular group city cause. It does not diminish any other group city cause, it just brings awareness and support to where it is needed.

Nobody is saying all lives don t matter, but right now our black friends, families, colleagues, neighbors, and strangers need our support.

Along with the meme mentioning recent American tragedies, Rothwell added a caption saying: I found this really helpful, I hope we can come together and have some understanding. Listen-Learn-Apply .

Rothwell later followed up that message with a separate and more detailed post, writing:

I do not support organizations, violence, or destruction. I support the movement for change. I m just trying to support my friends and have a better understanding of what people are going through and why they feel what they do. I m looking for unity and instead I see nothing but division.

I had many great conversations that brought me here, all I ask is everyone bashing me should go and speak with others to understand what they are going through and why they feel what they are.

Listen , be compassionate and see if you feel differently after. #unity

Rothwell last appeared for the UFC in May at UFC Fight Night: Smith vs. Teixeira. That night he defeated Ovince Saint Preux by split decision. Prior to that, at UFC on ESPN: Overeem vs. Rozenstruik in December 2019, Rothwell defeated Stefan Struve by TKO. He currently holds a 38-12 record and has been with the UFC since 2009.

Rothwell was born in Kenosha in 1981 and owns and operates a gym, Rothwell MMA, in that city.