Injury forces Gadelha out of fight with Yan 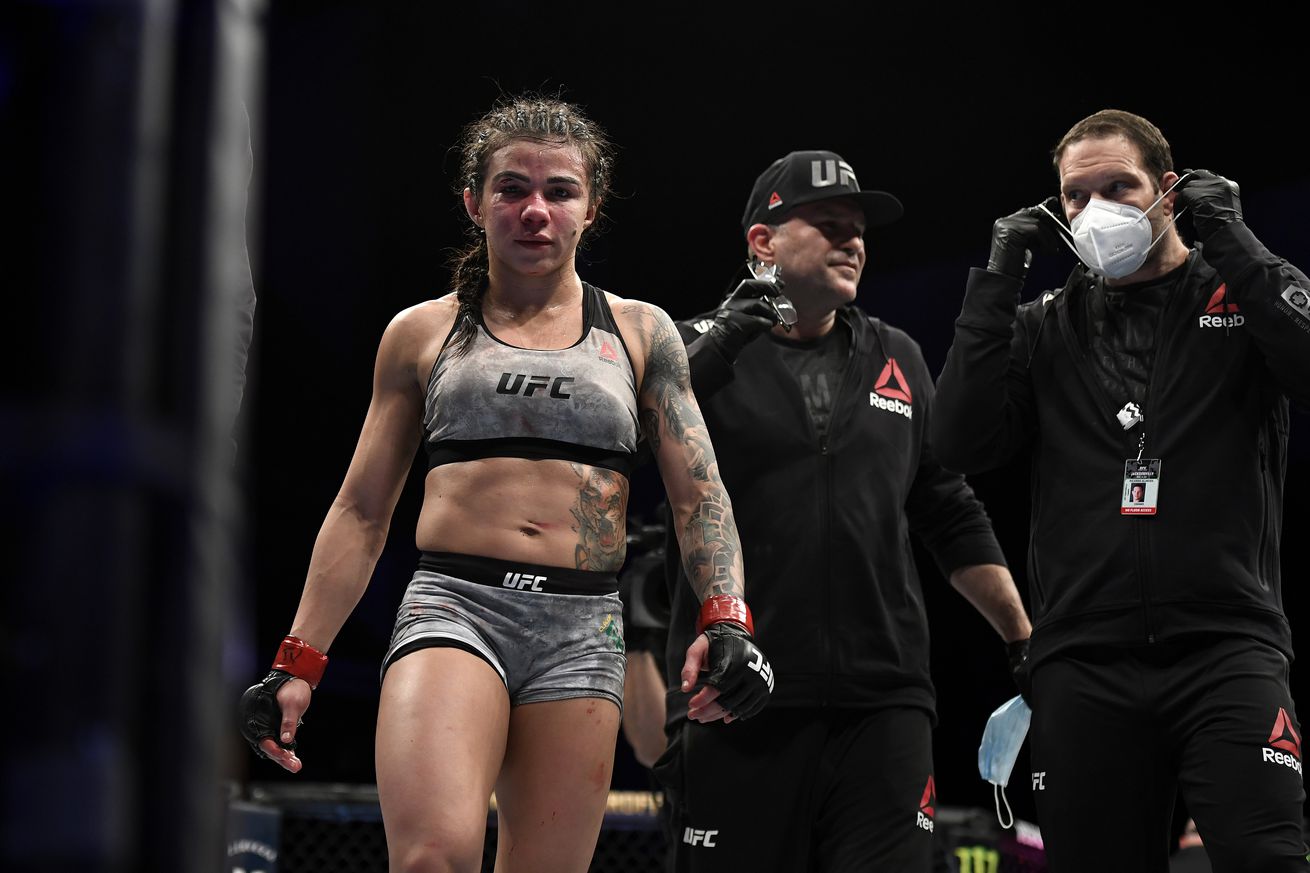 Claudia Gadelha will no longer fight Yan Xiaonan at UFC 253. According to MMA Fighting 6th ranked UFC strawweight Claudia Gadelha has been forced to withdraw from her fight with 10th ranked Yan Xiaonan. The bout had been scheduled for UFC 253: Adesanya vs. Costa, which goes down on September 26th on Yas Island, UAE.

Sources told MMA Fighting that the withdrawal is due to a knee injury, the severity of which was recently assessed by doctors at the UFC Performance Institute in Las Vegas. Gadelha has dealt with knee injuries in the past. She had surgery on her right knee in June 2018 to fix an LCL injury sustained before her win against Carla Esparza at UFC 225.

Gadelha last fought in May, at UFC on ESPN: Overeem vs. Harris, taking a split decision win over Angela Hill. That moved the 31-year-old s record to 18-4. Gadelha has gone 5-2 since losing a UFC strawweight title bout to then-champion Joanna Jedrzejczyk in 2016.

Yan is currently on an 11-fight unbeaten streak 10 wins, 1 no contest . Since joining the UFC in 2017 she has beaten Kailin Curran, Viviane Pereira, Syuri Kondo, Angela Hill and Karolina Kowalkiewicz all by unanimous decision.

It s unclear if the UFC will find a new opponent for Yan and keep her on the card.

UFC 253 is scheduled to be headlined by Israel Adesanya vs. Paulo Costa for the UFC middleweight. The co-main will feature Dominick Reyes vs. Jan Blachowicz for the recently vacated UFC light heavyweight title.