Mazany vs. Ostovich set for UFC event on Nov 28 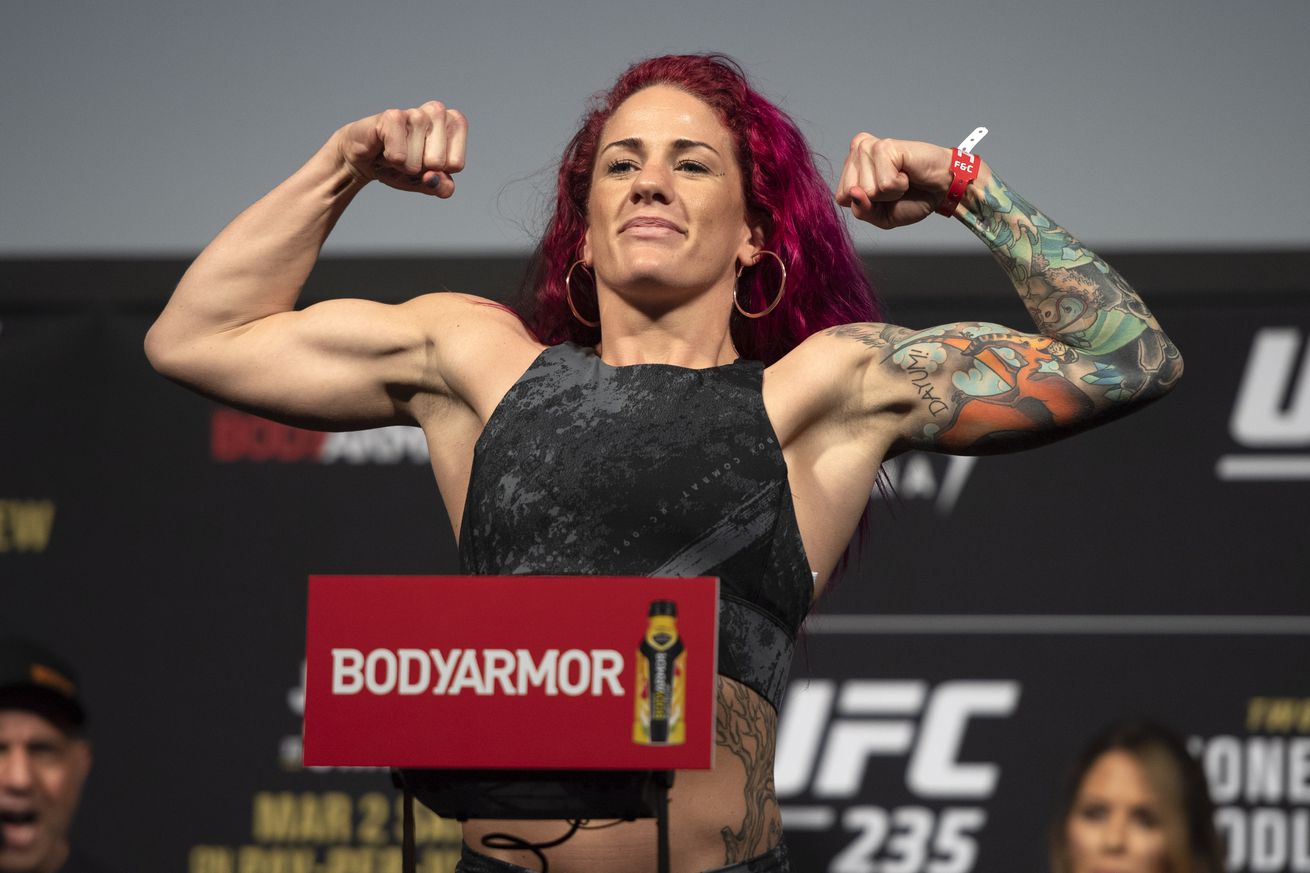 The UFC has added a bantamweight bout to UFC Fight Night: Blaydes vs. Lewis After losing to Julia Avila, via TKO, at UFC Vegas 2: Eye vs. Calvillo a few months ago Gina Mazany gets her second UFC booking of the COVID-19 era. According to MMA Fighting she is expected to meet Rachael Ostovich on November 28.

Mazany 6-4 first stepped into a UFC Octagon in 2013 as part of the original cast for The Ultimate Fighter: Team Rousey vs. Team Tate. However, she wouldn t move into the infamous TUF house, after she was bounced from the preliminary round by eventual winner Julianna Pe a.

It was four years later that she made her official UFC debut, at UFC Fight Night: Lewis vs. Browne. There she met Sara McMann, who beat her by submission. Since then Mazany has had four more fights in the promotion. Her record inside the UFC is 4-1.

Before the loss to Avila she beat Valerie Barney by TKO, in a lightweight bout, at KOTC: Golden Fights last January.

Ostovich 4-5 also entered the UFC via The Ultimate Fighter. The Invicta veteran debuted on that show s 26th season in 2017. She lasted until the quarter finals before being eliminated by Barb Honchak.

She appeared on that show s live finale and beat Karine Gevorgyan by submission armbar . She then lost her next two UFC fights, both by submission, to Montana De La Rosa and Paige VanZant.

The VanZant fight was on January 19th, 2019. Since then Ostovich served a year long suspension after she tested positive for the banned substances ostarine and GW1516.

The UFC s event on November 28 is expected to be headlined by Curtis Blaydes vs. Derrick Lewis. A venue for the event has not been announced, though it is expected that the action will take place inside the UFC APEX facility in Las Vegas, NV.