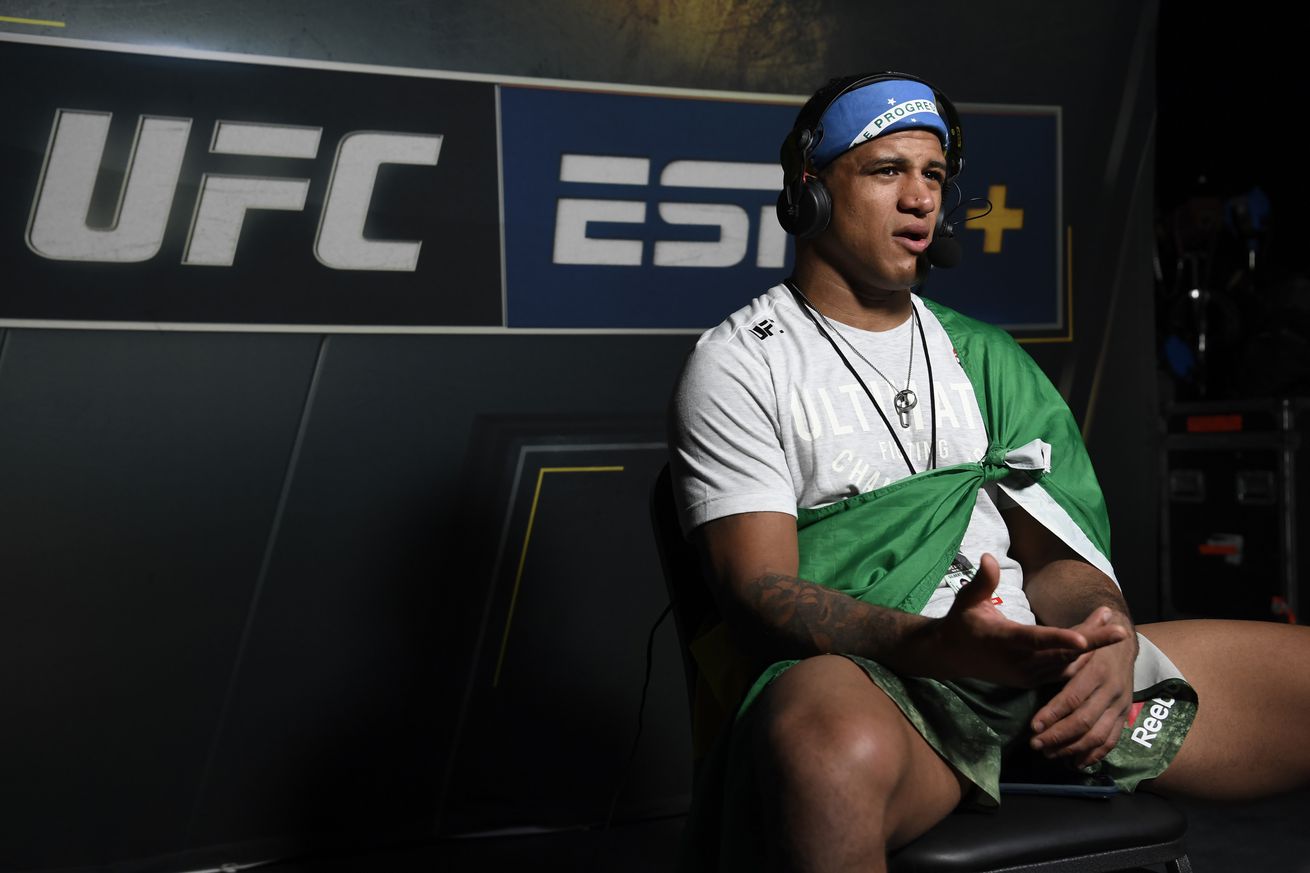 Colby Covington will always have pillow hands , according to UFC welterweight Gilbert Burns. Colby Covington will be switching to an orthodox stance ahead of his grudge match with Tyron Woodley at UFC Vegas 11, but that isn t going to add any more power to those pillow hands of his, according to UFC welterweight standout Gilbert Burns.

Covington, a lifelong southpaw, was never a southpaw after all, according to his new coaches at MMA masters in Miami, Florida.

Burns couldn t helped but laugh at this recent revelation and said orthodox or southpaw Chaos will never develop the knockout power needed to finish his opponents.

What Covington lacks in power the former interim welterweight champion makes up in pressure fighting. The former American Top Team ATT fighter is widely considered one of the most dangerous pressure fighters in the UFC and sets a frenetic pace in the Octagon.

Covington will look to use that pressure to break Woodley in this Saturday s UFC Fight Night 178 headliner, which takes place at the UFC APEX facility in Las Vegas, Nevada.

As for Burns, the surging welterweight is scheduled to take on divisional champ Kamaru Usman at UFC 256 on Dec. 12.