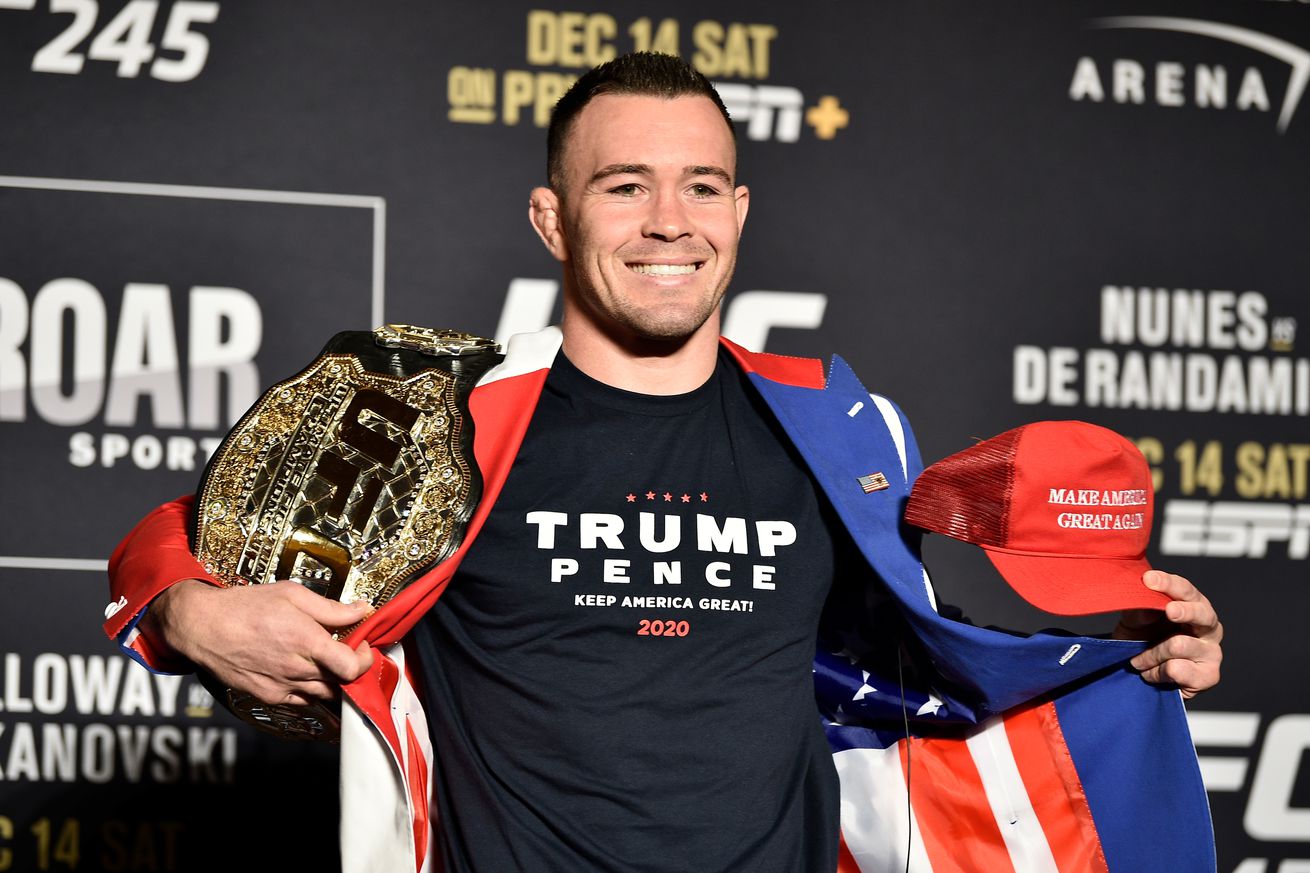 Covington s statement was made following the UFC Vegas 11 pre-fight press conference. The bad blood simmering between Colby Covington and Tyron Woodley has spilled over into the political landscape.

Shortly following the UFC Vegas 11 pre-fight press conference on Thursday, Covington took to social media and posted a picture of himself wearing a Keep America Great hat, along with a caption that implied that Black Lives Matter is a domestic terrorist group.

The face I make when I m ready to give a domestic terrorist sympathizer a hard lesson in American resolve, read the post.

Covington s statement is a response to Woodley s portion of the press conference, where the former UFC champion came out wearing a Black Lives Matter t-shirt and a hat similar to the MAGA hats worn by President Donald Trump s followers that said Make Racists Catch the Fade Again.

While on stage, Woodley answered every question levied at him by the media with some variation of Black Lives Matter before eventually leaving the stage.

Covington later claimed that Woodley was trying to copy what I do.

He s wearing some hat that says whatever it said, Make Racists Fade Again, but the only person catching a fade is Tyron Woodley on Saturday night. He s the only one that s racist.

The only race there is in this fight is the race to get him out of the UFC.

It should be noted that Black Lives Matter is decentralized political and social movement advocating for non-violent civil disobedience in protest against incidents of police brutality and all racially motivated violence against Black people. It is not a domestic terrorist organization, as Covington claimed in his social media post.