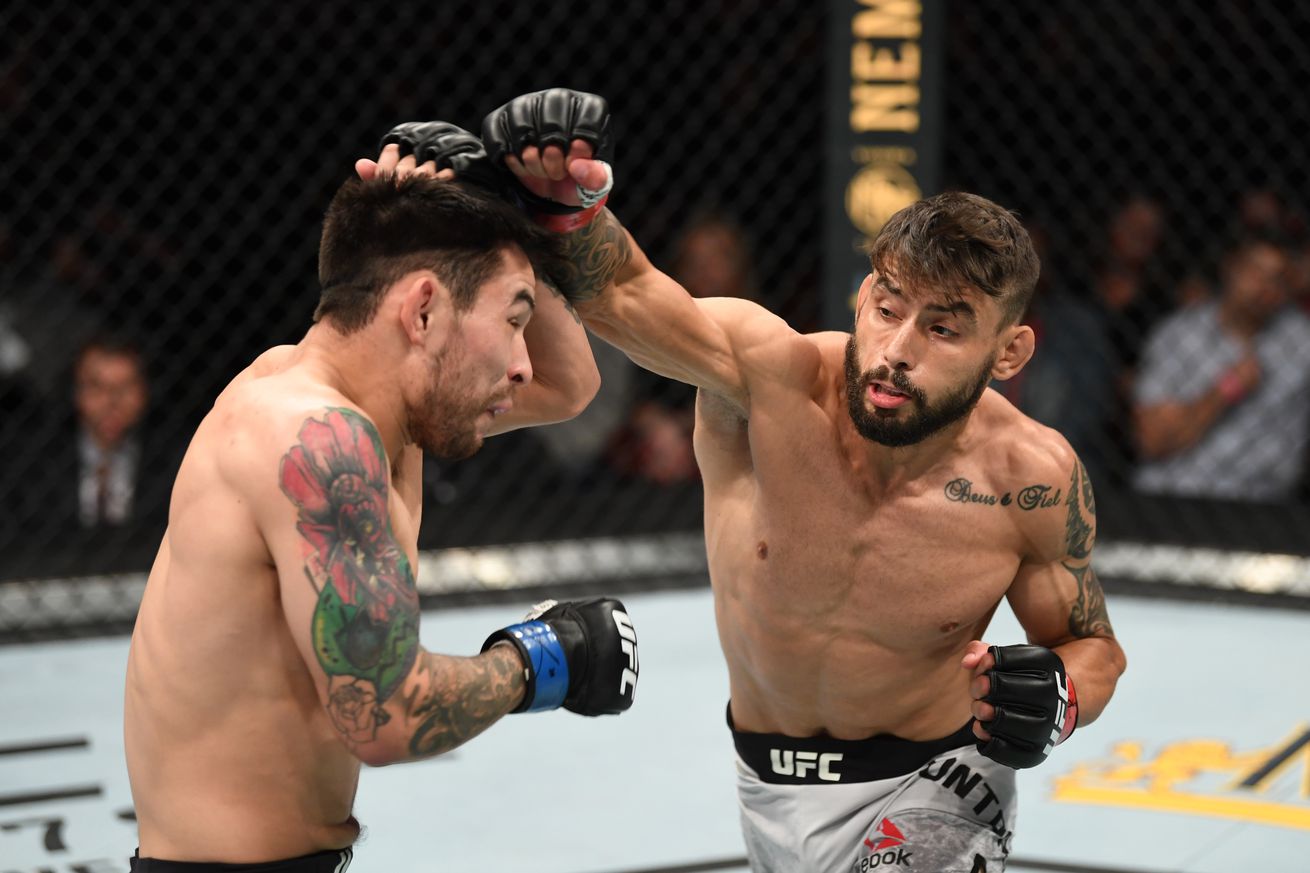 Several UFC fighters training out of Gile Ribeiro Team in Curitiba, Brazil have been hit with COVID-19 after cases surged across the southern states over the last couple of months Wellington Turman is out of his upcoming bout against Sean Strickland, set for October 31st s UFC Fight Night, likely headlined by a middleweight bout between Anderson Silva and Uriah Hall. MMA Fighting spoke to the young UFC middleweight about being forced from the card, due to ongoing fallout from his bout with COVID-19.

I was in bad shape for two weeks, in really bad shape, with fever and pain to the body and chest, a bit of shortness of breath, Turman told the outlet. I missed two weeks of camp I mean, I can say I missed the entire camp if I stayed in bed for two weeks, right? I m doing light training now, nothing heavy, and thank God I m getting better. But it was rough.

But Turman isn t the only fighter out of Gile Ribeiro Team in Curitiba, Brazil to get hit with the virus. Fighting s report also revealed that heavyweight Augusto Sakai, along with one of his cornermen, tested positive for COVID-19 shortly after returning from his September 5th headlining bout against Alistair Overeem in Las Vegas.

And most tragically, UFC flyweight Rogerio Bontorin reportedly lost both his grandparents to the pandemic. Bontorin had apparently been living with his grandparents in Curitiba when they contracted the virus in August. Bontorin was recently forced from a planned August bout against Manel Kape due to an injury, but contracted COVID-19 as well.

In general, southern region of Brazil has seen a recent surge in coronavirus cases, with the Washington Post reporting back in July that while states across the south imposed strict containment measures initially, when the outbreak failed to hit in the early months, those measures were relaxed.

In the last two weeks, the number of cases has risen more than 50 percent across the southern states, WaPo reported back on July 23rd. In the interior city of Belo Horizonte, cases have nearly doubled. The hospital system in the southern city of Curitiba is flirting with saturation. In Porto Alegre, hospital officials announced the system had reached capacity.

Speaking to Fighting, head coach Gile Ribeiro intimated that his gym had been taking precautions, but even still the pandemic had found its way into fight camps.

It caught us by surprise because we were being careful for this fight, Ribeiro said, But we had an outbreak the last few days in Curitiba because of the cold weather and ended up contaminated even though we were taking all the precautions.

It s an unfortunate example of the ways in which the current COVID crisis has the potential for far reaching and widely divergent effects. For some, the virus presents only passing symptoms or none at all for others it has had a major impact on their health and ability to compete. And at its worst, COVID-19 has proven fatal. If not for athletes in the prime of their health, then for those around them.