Video: Rothwell says he was ripped to shreds for posting message in support of racial justice 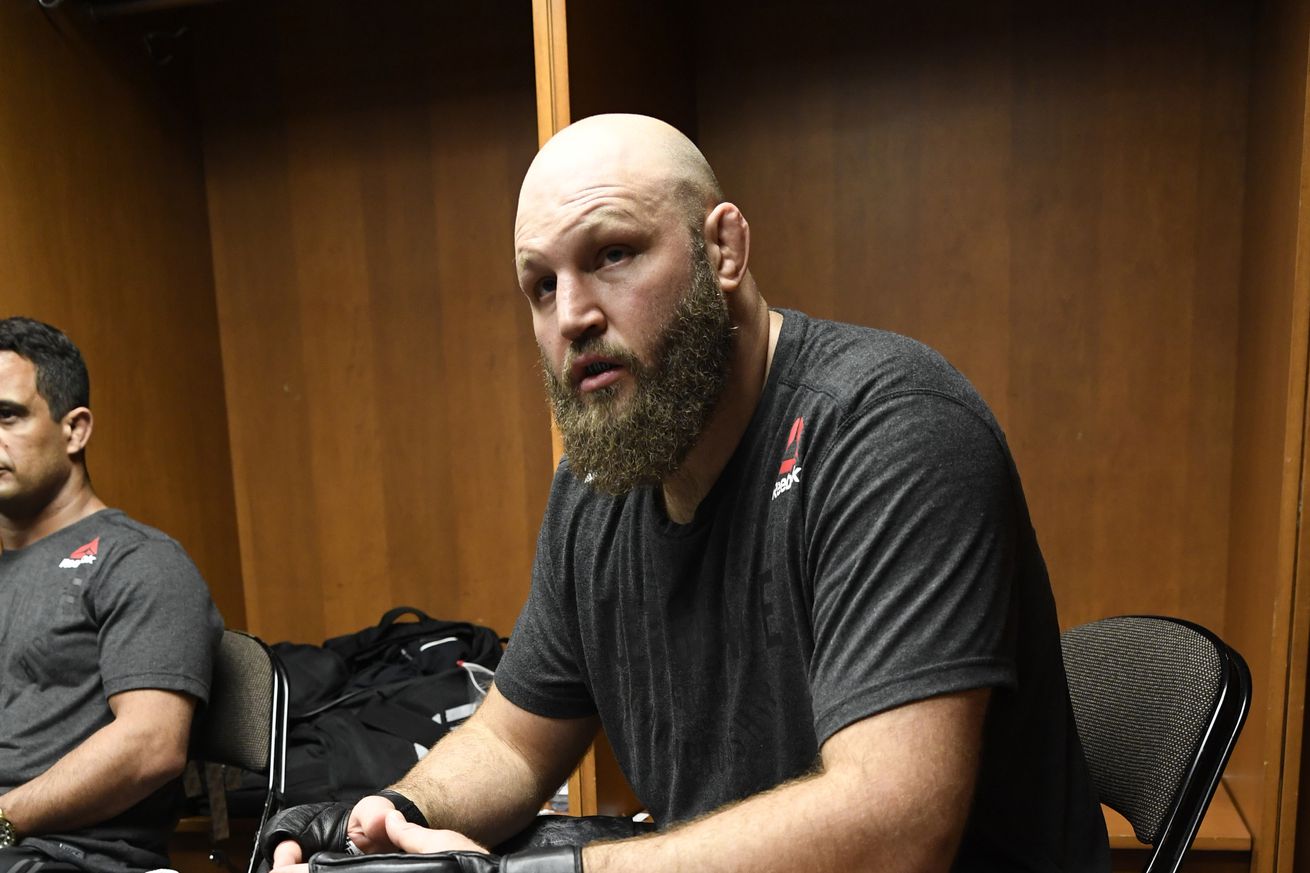 Get the Full StoryPhoto by Mike Roach Zuffa LLC

In response to the Blake shooting, Kenosha resident and UFC heavyweight Ben Rothwell took to social media to share a post that supported the statement and sentiment that Black lives matter.

Black lives matter has been a widely used rallying by protestors advocating for change in the wake of high profile incidents such as the killings of George Floyd, Breonna Taylor and Ahmaud Arbery.

Black Lives Matter is also the name of an organization that enables networking between various groups who advocate for social justice and an end to racial inequality in the United States and beyond.

The post Rothwell s shared on the subject stated the following:

For my all lives matter friends:

When the Boston marathon was bombed, and everybody s profile picture changed to Boston Strong , nobody said all cities are strong .

When the Las Vegas shooting happened, people changed their profiles to Stand with Vegas , nobody said Stand with Everywhere

Have you ever seen someone counter a breast cancer post with wait, what about colon cancer ?

This is not an either or proclamation. When there is a crisis we have always rallied around that particular group city cause. It does not diminish any other group city cause, it just brings awareness and support to where it is needed.

Nobody is saying all lives don t matter, but right now our black friends, families, colleagues, neighbors, and strangers need our support.

After Blake s shooting there were days of protests, the vast majority of which were peaceful. In isolated rioting incidents an estimated 2 million in property damage occurred. On August 25th three protestors, one of which was armed with a handgun, were allegedly shot by a counter-protestor who was armed with an AR-15. Two of the protestors were killed.

Rothwell is currently in Abu Dhabi ahead of his UFC Fight Island 5 clash with Marcin Tybura this weekend. When speaking to reporters Rothwell was asked about Kenosha.

I had the fight booked when the nonsense went down in Kenosha, so it s been on my mind. It s on my mind now, said Rothwell. It s been asked a couple of times before I got here. And don t expect any great interview today because it s a bad time.

My city got terrorized and the city got shattered, continued Rothwell. I put myself right in the middle. I love people on both sides. And I got ripped to shreds by some, but I held my ground because I believe in my community.

Rothwell went on to explain how much of his views have been formed in the gym he owns in the city, where he trains with a diverse group of individuals.

People don t understand this bubble that I created for myself ten years ago in my gym and it s the closest thing I ve got to world peace. I ve got so many cultures, so many colours, come to my gym, we don t care what their jobs are. They come to my gym, we work together, we do mixed martial arts together, it s a beautiful thing. And I guess that s what it s taught me about life and if I can do it in that gym why can t we all do it?