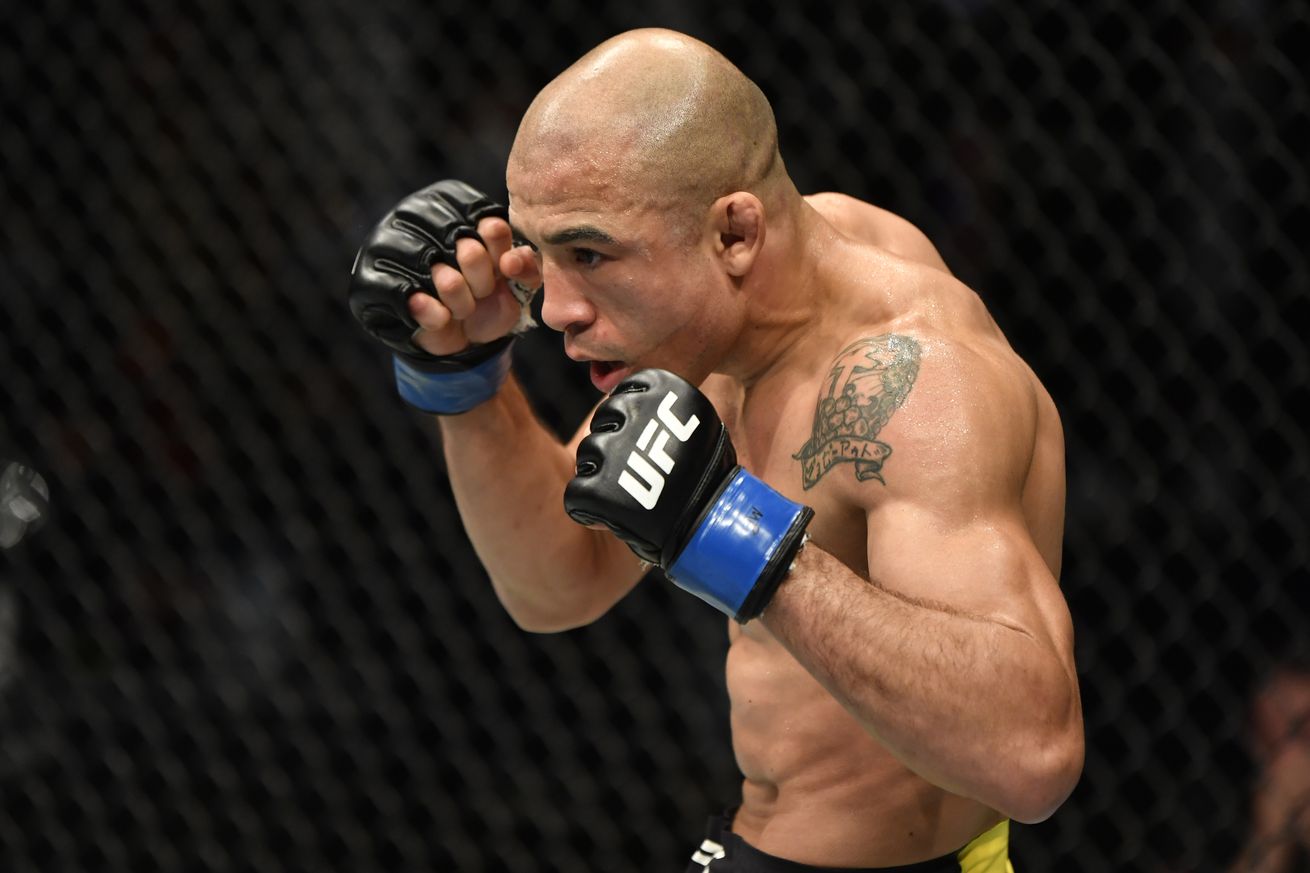 It looks like the UFC is negotiating a fight between Jose Aldo and Marlon Vera for their November 21st, UFC 255 PPV event. In case it wasn t already clear, when Marlon Vera beat Sean O Malley in the co-main event of UFC 252, he punched his ticket to bigger things. While the bout appeared to be a prime launching pad for O Malley s bid at MMA stardom, Vera ended up reaping the rewards via a first round TKO. A big payoff for years of investment.

Vera first entered the UFC back in 2014, as one of the also-rans of TUF Latin America season 1. For several years he traded wins and losses, including a nice three-fight streak that included victories over Brad Pickett and Brian Kelleher but which was immediately ended by back to back losses to John Lineker and Douglas Andrade. Always a highly active fighter, the last couple years have seen a great deal more consistent success for Vera s efforts. He won five straight fights between 2018-19, culminating in a controversial loss to Chinese super-prospect Song Yadong. The O Malley bout just a few months later provided a perfect opportunity for the fighter from Ecuador to prove that a rough night on the scorecards wasn t going to derail his success.

As a reward, Combate reports that the UFC is lining Vera up for a fight against former featherweight champion, and recent bantamweight title contender, Jose Aldo. The longtime king at 145 lbs made his debut down a division in December of last year, with a top contender s bout against Marlon Moraes. Despite officially losing that fight, even UFC president Dana White told fans and media members that he felt the judges had got it wrong.

That said, it came as somewhat of a surprise when Aldo found himself fighting for Henry Cejudo s vacated strap against Petr Yan in his next bout. Aldo lost that fight via a much more definitive 5th round TKO, putting him on a three loss run and with only three wins in his last nine bouts, stretching back to that devastating KO at the hands of Conor McGregor. Still, the longtime Nova Uniao trained fighter has kept his reputation as a top flight action talent, still capable of delivering shocking power and sharp combinations.

Aldo vs. Vera is expected to take place on the main card of UFC 255 on November 21st. The PPV event is currently planned for the UFC Apex facility in Las Vegas, NV and set to be headlined by a pair of flyweight title fights. In the main event, Deiveson Figueiredo will take on top contender Alex Perez. Women s flyweight champ Valentina Shevchenko is set to defend her title against Jennifer Maia in the co-main. Stay tuned to Bloody Elbow for more news and updates as fight night approaches.