White: Edwards vs. Chimaev is a done deal, Rocky returned to rankings 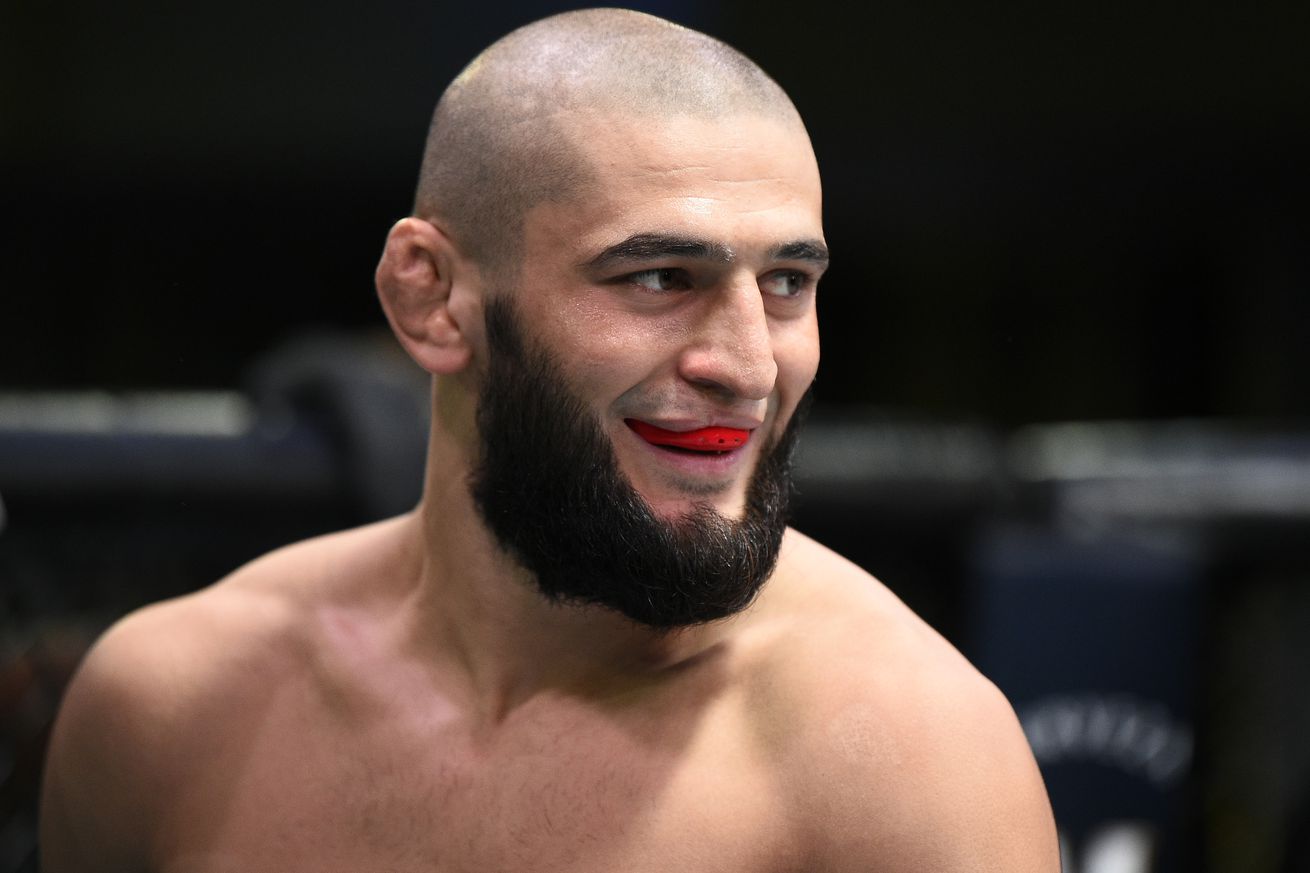 The UFC president recently revealed that, following Edwards removal from the UFC rankings, he s accepted a fight against Khamzat Chimaev. Leon Edwards has his spot in the welterweight rankings back. The only price he had to pay, it seems, is taking a fight with rising UFC star Khamzat Chimaev. Dana White announced the news of the Edwards vs. Chimaev booking during a recent interview on CBS Sports Jim Rome Show.

So, we just got a deal done yesterday, for Leon Edwards vs. Chimaev, White revealed, when asked when fans could expect to see Borz back in the cage again. They will fight; it will be a great fight. And yeah, he can stop calling everybody out on Twitter now. He s got an opponent.

The UFC president went on to spend some time building Chimaev up to fans who may not have seen him compete yet, noting his impressive string of finishes in the Octagon as well as the quick turnaround he made between each bout.

For Edwards, this bout announcement marks the end of several months of seemingly stalled negotiations between the welterweight top contender and the world s largest MMA promotion. After having a bout against Tyron Woodley fall apart during the COVID-19 pandemic, Edwards reportedly declined short notice fights against Usman and Covington. He also turned down a bout with Geoff Neal, and a previous offer to fight Chimaev. Edwards, explained his disinterest in fighting opponents lower down the division recently, noting that he only wanted a top-4 fighter.

For me to get to the world title, which is my aim and my dream, is to beat one of those top-four guys , Edwards explained back in early October. I have to fight someone in the top-four to get my title shot.

However, the UFC made Rocky s negotiating position much more clear earlier this week when they knocked Edwards off their rankings list citing inactivity. If his hope was to leverage his position for a title contender s bout, that chance was clearly no longer on the table.

Just a few days later, though, and here we are. Edwards is back in the rankings and Chimaev has his booking. And the rest of the roster has a firsthand lesson about trying to play chicken with the UFC machine.