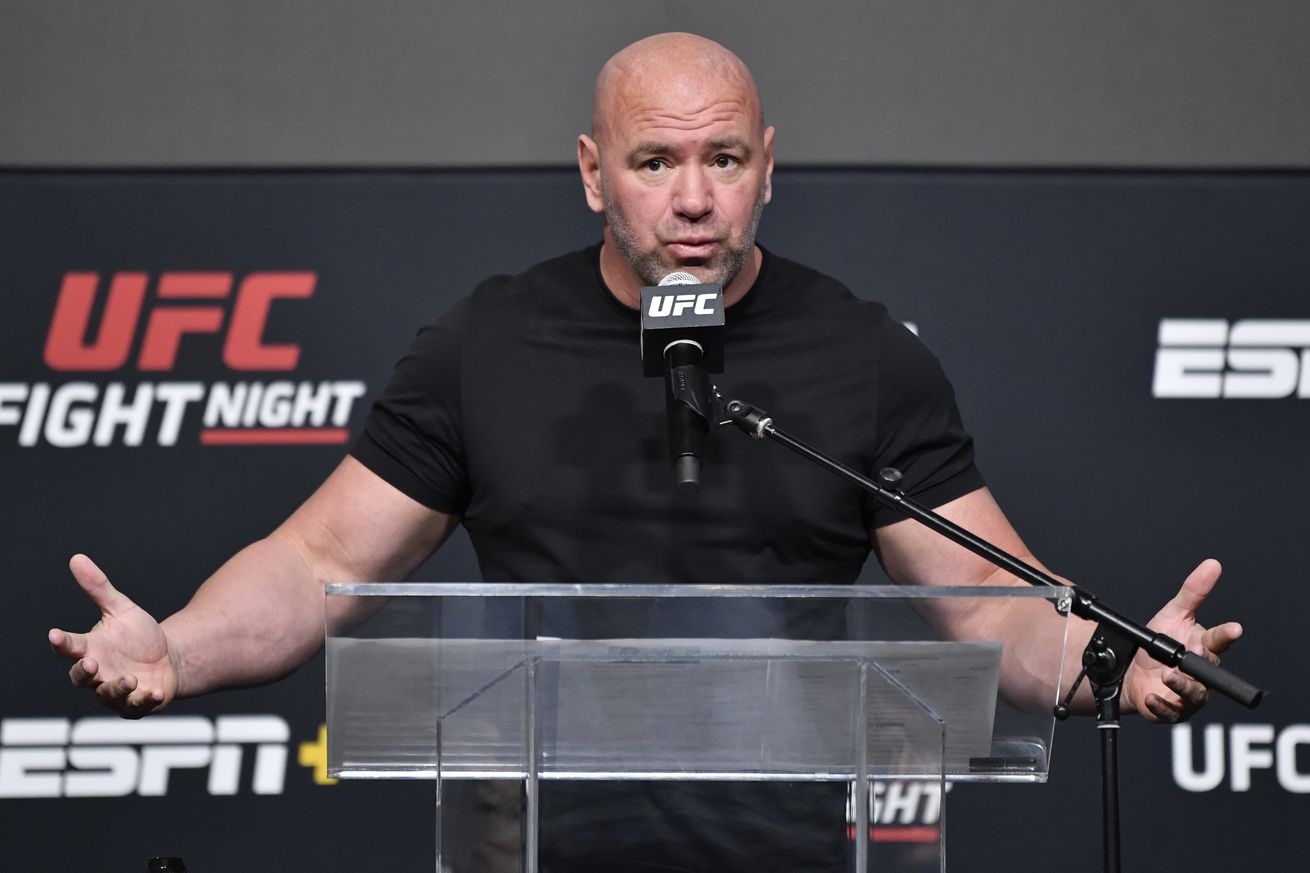 I m going to assume that UFC president Dana White spent some time on his flight from Abu Dhabi to Las Vegas reading everything he could about the accusations Danielle Nickerson made about her ex-husband, UFC fighter Mike Perry. After all, White said at the UFC 254 post-fight press conference that the only thing he knew about what Nickerson spoke about was that, I heard that she wanted to get a restraining order. The judge didn t allow the restraining order and nothing really came out of it.

If White tried to learn about the alleged violence Perry visited upon Nickerson assuming White was being truthful in saying he had no idea about what Nickerson said hopefully some of what he learned shocked him, especially if he read about February 10.

According to Nickerson, who gave a lengthy interview to MMA Junkie, that was the craziest, worst night of not just her brief marriage to Perry, but of her life.

He ran straight at me like a football player to tackle me, sprinted across the house, Nickerson said. Where we were standing was on tile, and I really did not want to get tackled on tile. So I ran to the carpet in the living room.

He had his knee on my belly and just ground-and-pounded me until he got tired, Nickerson continued. I did a decent job of covering my face. I still had hematomas on the back of my head. My entire right side from my entire arm, my legs, my ribs, everything was covered in bruises the next few days. He just got all of his anger out on me, and on the last punch I clearly I think that s why he stopped, is we heard my rib crack. He knew and sat back, and I think he was just tired tired of hitting me so much.

In February, Gaberien Gabe Clevinger s estranged husband stabbed her to death less than a week after a Richland County Domestic Relations Court Magistrate denied her a protection order.

Even if White doesn t take MMA Junkie s story for truth, White and the UFC could and should get the same documents the website obtained and do its own investigation. Judging from White s response at the UFC 254 press conference, that is not likely to happen.

The entire interview, and calls to police, can be watched and listened to here.

One reason the UFC might be reluctant to do its own investigation is White has a history of victim blaming and victim shaming.

Some of the videos are coming back. I ve seen some videos. I don t want to talk about it cause I don t want to hurt his case or whatever but it s unfortunate, let s put it that way. When you re famous, these types of things happen to you.

From what I ve seen so far, when it all surfaces and comes to the top, it looks good for Jon. It looks very good for Jon Jones. It s quite sad actually.

When Anthony Johnson faced allegations that he had hit a woman and knocked out two of her teeth and then reportedly talked her out of reporting the 2012 incident, White again tried to put some blame on the accuser.

The guys came back and said you need to suspend him, not cut him. Apparently if you look into this situation this girl has a ton of felonies and she s got a real bad history of stuff.

White s thinking here seems to be that if someone has allegedly been involved in crimes they can t also be a victim.

In another 2014 case, Thiago Silva had his home surrounded by a SWAT team. They took him into custody and charged him with two counts of aggravated assault with a weapon, aggravated battery with a deadly weapon and one count of resisting an officer without violence. White said, This guy will never fight in the UFC again.

Silva s estranged wife stopped cooperating with authorities after she left the country and the charges against him were dropped.

White s response to the charges being dropped was to point the finger at the accuser.

Less than two weeks later, Silva s estranged wife posted videos of Silva confronting her with a gun. The UFC then released Silva. Which makes one wonder what more did White know that made him comfortable allowing Silva to remain with the UFC?

Most recently, the UFC brought Greg Hardy, who fights on Saturday, on board.

In 2014, Hardy was arrested for assault after he was accused of attacking his ex-girlfriend. The woman testified that Hardy threw her on a futon filled with guns and placed his hands on her throat. He looked me in my eyes and he told me he was going to kill me, she said. I was so scared I wanted to die. When he loosened his grip slightly, I said just, Do it. Kill me.

A judge found Hardy guilty on two counts of domestic violence and sentenced him to 18 months probation as well as a two-month suspended jail sentence. Hardy appealed and the charges were later expunged after his ex-girlfriend stopped cooperating.

Despite Hardy being found guilty in the first trial, White said:

the guy was never charged with anything, he was never sentenced or anything like that. We re going to give him a shot.

White s stance on domestic violence has seemed to have taken a 180-degree turn over the years, going from a supposed zero tolerance policy, to allowing the UFC to become a safe haven for fighters who have been accused of those acts. Meanwhile, the UFC has several women on the roster who are survivors of domestic violence. Apparently that fact doesn t seem to bother White and the UFC in the least.

If the UFC does not investigate Perry and just shrugs things off and hides behind her not getting a protective order, that s a failure of the promotion. But then again, White doesn t seem all that bothered by being called a hypocrite, just as long as the fighters can make him money.

Support for survivors of domestic violence can be found from the following organizations:

Rest of the World - HotPeachPages

Rest of the world