Junior dos Santos vs. Ciryl Gane lined up for UFC 256 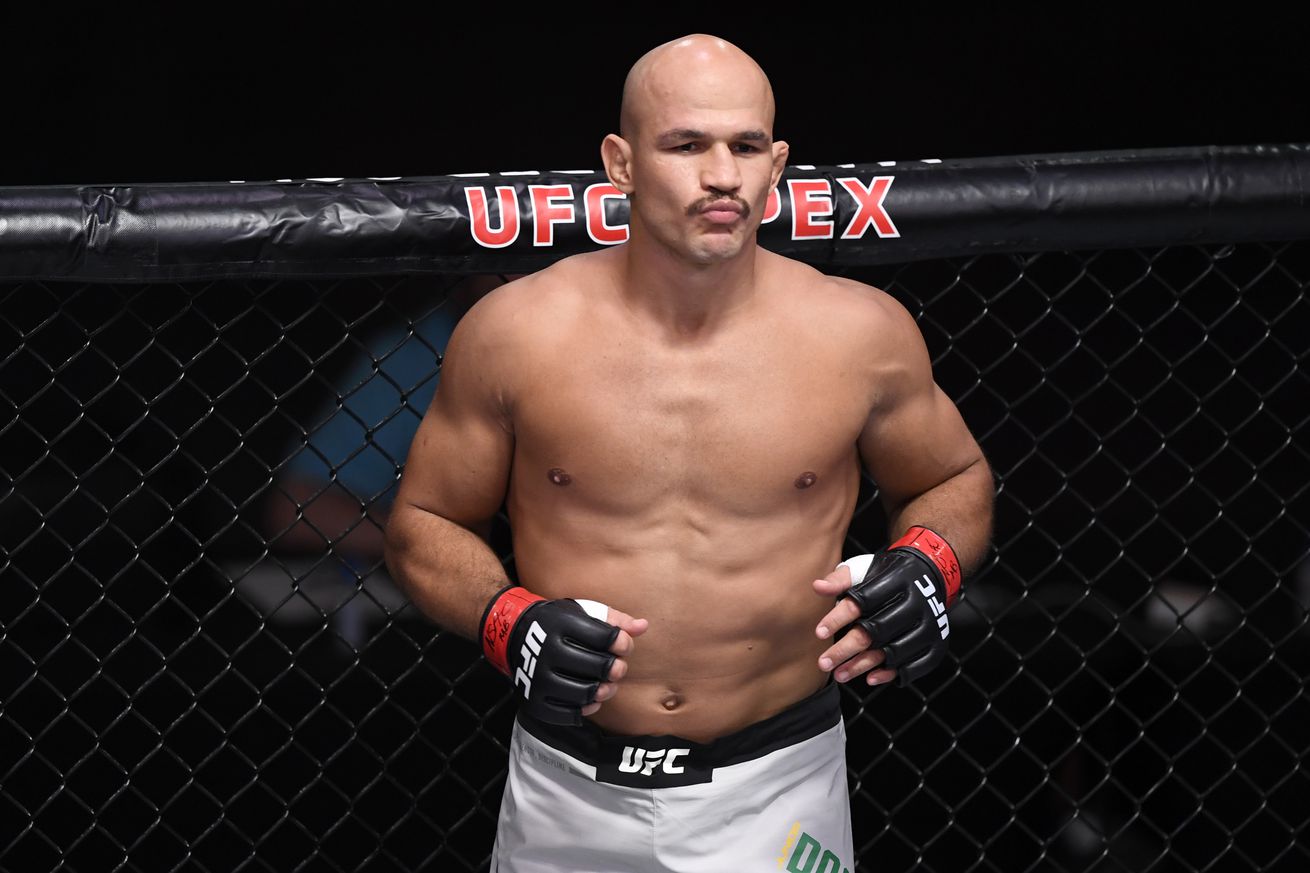 The UFC is giving it one more shot to get Ciryl Gane a fight in 2020, and it s against a former heavyweight champion.

MMA Fighting reported on Tuesday that the French prospect is set to take on Junior dos Santos at UFC 256 in Las Vegas. The night s main card airs live on pay-per-view, with prelims split between ESPN television and UFC Fight Pass.

Gane 6-0 burst onto the UFC scene with three wins over Raphael Pessoa, Don Tale Mayes, and Tanner Boser. The former Muay Thai fighter made his MMA debut only two years ago and has already made his way to #13 in the official UFC rankings. Unfortunately, he has had four scheduled fights for 2020 all cancelled for various reasons. He was supposed to fight Ante Delija in Abu Dhabi two weeks ago, but Delija s PFL contract dispute led to the bout getting scrapped.

Dos Santos 21-8 is still ranked at #7 even though he s on a three-fight losing streak. Of course, the Brazilian s losing streak consists of Francis Ngannou, Curtis Blaydes, and most recently Jairzinho Rozenstruik, but they ve all come via TKO. His last win came by TKO against Derrick Lewis in March of 2019. He is 6-6 in his last 12 dating back to when he lost the heavyweight title to Cain Velasquez in 2012, and all but one of those losses have been by knockout or TKO.