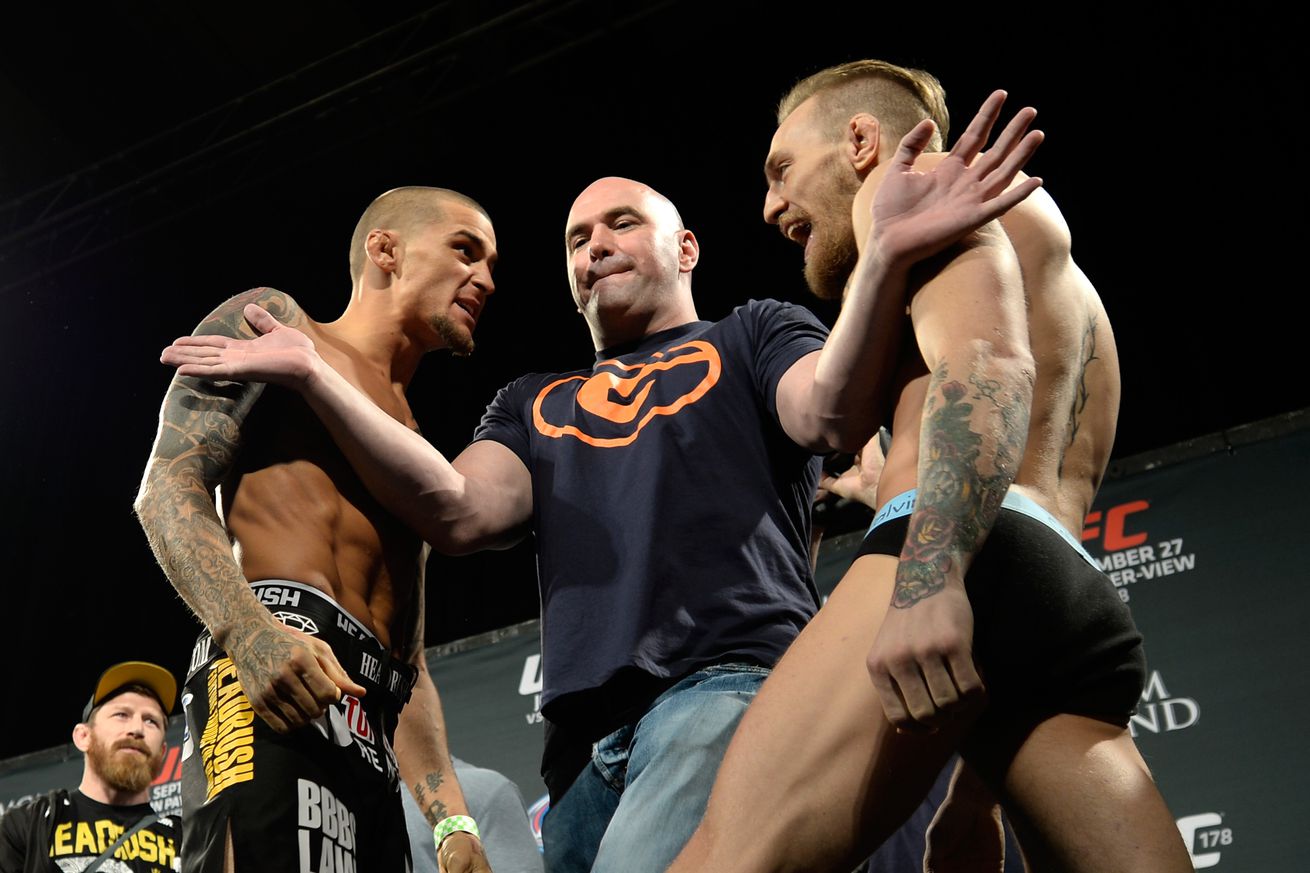 White said he wants to see Silva retire, though the Brazilian signaled before this fight he will likely continue to compete outside of the Octagon.

One fighter who did seemingly retire, but now seems to be back much to White's delight is none other than the Notorious' Conor McGregor.

A few months back McGregor tried his hand at self-promotion when he looked to set-up a charity exhibition fight with Dustin Poirier. The former UFC featherweight and lightweight champion would tease that the bout had been agreed and was planned to take place in Dublin.

However, since then it appears the UFC has stepped in and booked the former foes for an Octagon date in early 2021.

In his ESPN MMA interview, White was asked about McGregor vs. Poirier 2. And, though he spoke few words on the subject, he clearly stated that the fight was on.

When asked if the deal for the rematch was done, White said: I believe it is. I believe the deal is done, yeah.

However, White added that he didn t know when or where the bout would take place. Previously the fight was rumoured to be taking place on January 23rd.

The first edition of McGregor vs. Poirier happened back at UFC 178 on September 27, 2014. McGregor won that bout by TKO, after catching Poirier with a left hand to the temple.

McGregor moved on from Poirier to finish Dennis Siver, Chad Mendes and then Jose Aldo to claim the UFC featherweight title in December 2015. McGregor then faced Nate Diaz in two fights before beating Eddie Alvarez for the UFC lightweight title.

A boxing match with Floyd Mayweather Jr. followed and two years passed before McGregor stepped back into the Octagon. When he did, in 2018, he was greeted with a neck crank by Khabib Nurmagomedov. McGregor next fought in January this year, earning a quick finish over Donald Cerrone. The Irishman announced his retirement from the sport a few months later.

Poirier has been much more active than his rival. Since losing to McGregor he s fought 13 times and had memorable battles with Justin Gaethje, Eddie Alvarez and Max Holloway.

He lost a title fight to Numagomedov at UFC 242 last September. This year he beat Dan Hooker by unanimous decision.