Perry vs. Means booked for UFC 255 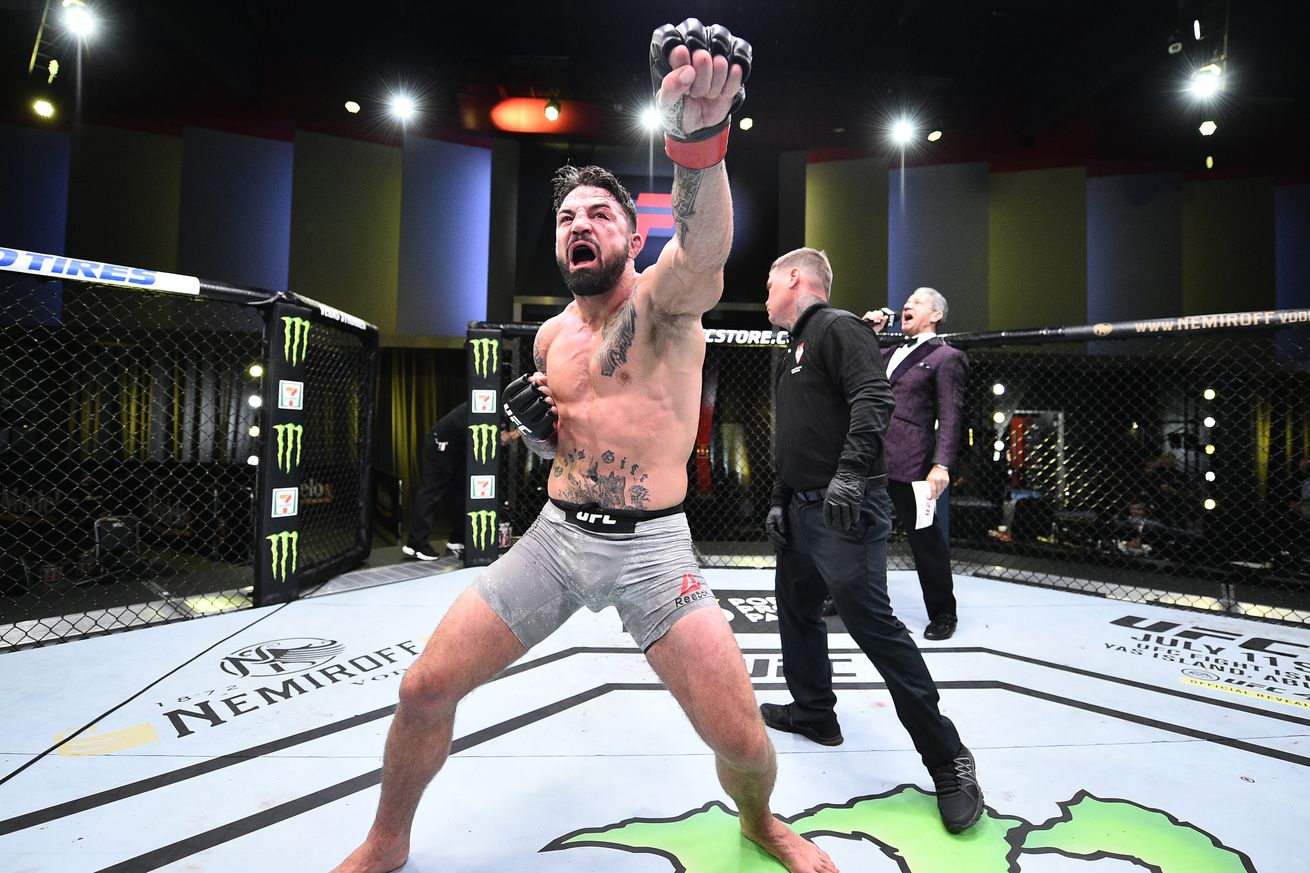 It looks like the UFC found a new opponent for Platinum on their upcoming PPV card; longtime action welterweight the Dirty Bird Tim Means. The UFC s November 21st PPV card has been in bad need of bolstering following a couple of high profile bout cancellations. Initially set to feature the likes of Cody Garbrandt, Jose Aldo, and Robbie Lawler, the UFC has been, instead, left scrambling for replacements.

Deiveson Figueiredo will now fight Alex Perez in the main event, Jose Aldo and Marlon Vera has been re-booked for December. And following a report from ESPN s Ariel Helwani, MMA Fighting now confirms that Mike Perry will be facing Tim Means, in light of Lawler s removal from the card.

The former welterweight champion pulled out of his bout against Perry in late October with an undisclosed injury, leaving an already weakened PPV offering reeling. Still, the addition of the Dirty Bird should guarantee an action-filled war for the main card.

Means 30-12-1 1 NC enters this bout off a August decision win over Larueano Staropoli. That fight was a welcome return to form for the fighter out of Albuquerque, NM. Means suffered a brutal club-n-sub loss to Daniel Rodriguez just back in February, and has traded wins and losses ever since dropping two questionable split decisions back-to-back against Belal Muhammad and Sergio Moraes. This fight with Perry will be the third 2020 booking for the Fit NHB fighter.

Perry 14-6 will be fighting for just the second time this year, after a June victory over Mickey Gall in the UFC Fight Night: Poirier vs. Hooker co-main event. That win snapped a two-loss skid for Platinum , including a brutal first round TKO defeat to Geoff Neal back at UFC 245. Much like Means, Perry s success in the Octagon has come in fits and starts, trading wins over Paul Felder and Alex Oliveira with losses to Donald Cerrone, Max Griffin and others.

UFC 255 is set for the Apex facility in Las Vegas, NV. Alongside the men s flyweight title fight main event, a women s 125 lb. championship bout between Valentina Shevchenko and Jennifer Maia is expected for the co-main. A flyweight top contender s bout between Brandon Moreno and Brandon Royval will help round out the main card, alongside a rematch of Shogun Rua s 2019 draw against Paul Craig. Stay tuned to Bloody Elbow for more news and notes as fight night approaches.