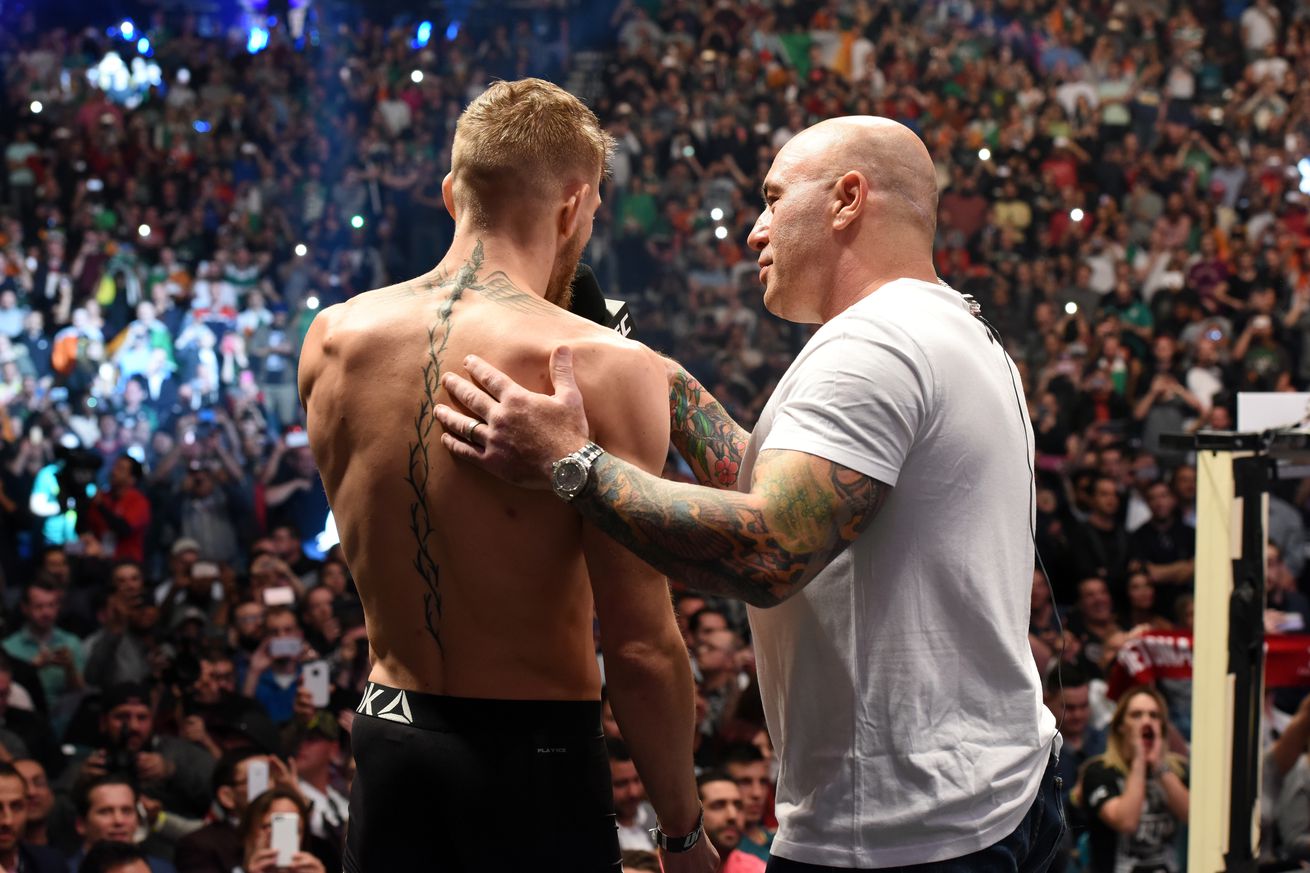 According to a recently declassified document the Trump administration contacted stars from the world of MMA for a defeat despair campaign. Ahead of the US General Election, which has since been won by former Vice President Joe Biden, the current and outgoing US President Donald Trump sought help from celebrities and athletes to help boost his popularity, specifically when it came to his handling of the COVID-19 pandemic.

According to Politico the Trump administration considered producing a number of public service announcements featuring household names who would be willing to help the President convince the public that the COVID-19 pandemic was being handled well. The pandemic has killed over 242,000 Americans. 1,893 Americans died from COVID-19 yesterday.

The PSAs were designed to defeat despair according to documents acquired by Politico. Those documents revealed that the plan also included the tagline Helping the President will Help the Country .

The plan, which would have seen celebrity PSAs taped as soon as possible and aired before election night never came together. Despite that, documents relating to the plan have been declassified and are available online.

The documents include a celebrity tracking document which includes brief details on the 274 celebrities that were vetted and approached to participate in the scheme.

McGregor s past support for Trump is exhibited in a tweet he put out on January 20, 2020. In that posting McGregor wrote that Trump the first sitting President to lose a reelection bid since 1992 was a Phenomenal President and Quite possibly the USA GOAT .

The sexual assault exposure allegation mentioned in the document relates to a suspected incident that occurred on the French island of Corsica early this year. While McGregor was staying in a yacht in one of the island s harbours he was questioned by police regarding claims he exposed himself to a woman in a bar restroom.

The term super spreaders likely refers to McGregor s ability to spark the interest of other celebrities who have considerable online reach.

During the COVID-19 pandemic the term superspreader has been used to describe events that has caused a high number of virus transmissions. A number of Trump campaign rallies have been termed superspreader events and according to Vox these rallies may be responsible for an estimated 700 COVID-19 deaths.

Super spreader first definition Joe Rogan seemed closer than most to working on the PSA campaign, according to the disclosed document. His status is listed as a maybe . Below is the full profile of Rogan:

The long-time UFC commentator once said he would rather vote for Trump than current President-elect Biden per The Guardian . Rogan has also spoken positively about former Democrat Presidential candidate Bernie Sanders who has appeared on his show . During what will forever be known as the Trump years Rogan has seen his popularity and reach skyrocket, culminating in a 100 million exclusive deal with Spotify.

During his rise in popularity Rogan has welcomed a variety of guests to his extremely popular podcast. A number of those guests have shared disinformation and conspiracy theories. A 2018 article by Vice is one of many that has argued that Rogan and his content is a gateway to far-right and hateful content.

Like Rogan, former UFC bantamweight champion Ronda Rousey has both shared a conspiracy theory and expressed support for Bernie Sanders.

Her entry on the Celebrity Tacker is as follows:

Rousey s uneasy relationship with feminism is best outlined by Stephanie Convery of Australia s ABC News. The arrest listed in Rousey s entry is one of the more hilarious pieces of information included in this document.

You can see Rousey s arrest below:

The inclusion of this information is reminiscent of when Trump, who has made appearances in the WWE in the past, reportedly called WWE owner Vince McMahon to make sure he was OK after McMahon s character was shown to have been involved in a limousine explosion during an event.

The only other MMA-connected character on the Celebrity Tracker document is former UFC light heavyweight champion and former Celebrity Apprentice contestant Tito Ortiz. His profile is below:

Additional Notes: Has struggled with drug addiction. Arrested in 2010 for felony domestic violence. Arrested for DUI in 2014.

Ortiz is a vocal and visible supporter of Donald Trump. On election night Ortiz succeeded in winning a seat on the Huntington Beach City Council. In 2020 Ortiz has created content that promotes the baseless and dangerous Qanon conspiracy theory.

While Ortiz was arrested for domestic violence in 2010, he was never charged with a crime. In that incident his accuser recanted her allegations.

In 2014, after being arrested for DUI, Ortiz was sentenced to three years probation and forced to enroll in an alcohol education program.

Of the 274 celebrities listed on the PSA Celebrity Tracker only two are shown to have accepted advances from the Trump Administration. Those celebrities are actor Dennis Quaid and musician Marc Antony. The celebrities listed as declining participation in the project include musicians Carrie Underwood, Britney Spears, and Selena Gomez, actors Mark Wahlberg, Viola Davis, Zoe Saldana, Sandra Oh, Hugh Jackman and Betty White, and celebrity chef Guy Fieri.

Dwayne The Rock Johnson, who endorsed President-elect Biden, is also listed as declined on the list.