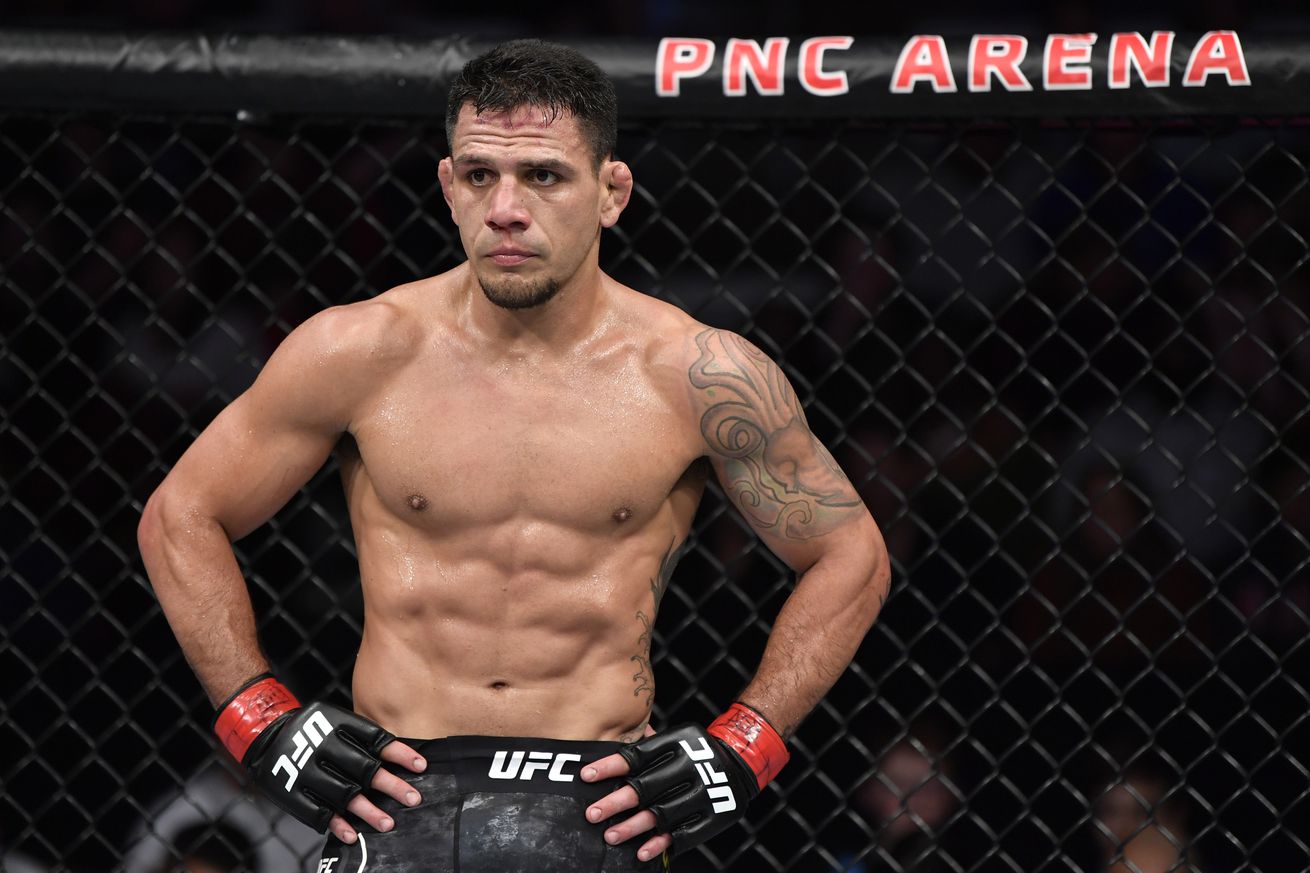 Rafael dos Anjos couldn t be happier that he ll still be able to fight on Saturday, after Paul Felder stepped in to replace Islam Makhachev. For a moment there, former UFC lightweight champion Rafael dos Anjos thought his chance to fight at UFC Vegas 14 might be gone. After his original opponent, Islam Makhachev, was forced out of their main event bout due to injuries, it seemed unlikely whether the UFC would be able to find a suitable replacement in time.

Just five days shy of fight night, semi-retired lightweight and color-commentator Paul Felder seized the opportunity and stepped up to meet RDA in the Octagon. A ballsy move that according to the former champion didn t just save his fight, but quite possibly the entire card, from cancellation.

We heard that if our fight didn t happen, the whole card would have been scrapped. Rafael told Combate. It was a huge responsibility. Everyone is in quarantine. Times are hard for everyone. A lot of people are expecting this money and to work. All that responsibility fell on my lap, pretty much. I want those guys to fight. It was a blessing that Paul Felder took the fight, a higher-ranked guy. Makhachev is a southpaw and a wrestler, Felder is orthodox and a striker, so things changed a little. But a fight is a fight and everything will work out.

After hearing from his manager that Makhachev had been removed from the card, dos Anjos was offered a number of opponents, including welterweights but none seemed like the right fight to fill the spot. In the Brazilian s opinion, former Bellator lightweight champion Michael Chandler should have been the man to step up and take the opportunity, but he was surprised to learn that Iron Mike also turned the offer down.

I arrived in the USA two weeks before the fight. Sunday night, my manager called to tell me that Islam was out of the fight, I couldn t believe it. It took me a while to process it. Then the negotiation started. Lots of people offering themselves for the spot. We were looking for the best option. They asked me if I could fight at welterweight. I was already below 170 pounds, so I couldn t really take any welterweights like that. I ve been training, I want to show I m back at lightweight and I still have the skills to win the lightweight belt again. So I wanted to fight at lightweight.

I had the idea to send a tweet to Michael Chandler. He didn t fight three weeks ago when Chandler took the replacement spot for UFC 254, in case Khabib Nurmagomedov or Justin Gaethje withdrew from the fight . He s always posting pictures and videos, so I thought that s our guy . He s always in shape, too and writing some catchphrases like Always be ready . Then he said he had other plans and that s when the UFC offered me Paul Felder. That s a fight we were already trying to book back in August. My weight wasn t really doing that well back then, so it didn t work. Then they offered me Makhachev again after a while, but I m fighting Paul Felder on Saturday.

Currently on a two-fight losing skid, Rafael dos Anjos 29-13 dropped unanimous decisions to both Leon Edwards and Michael Chiesa in his last outings at welterweight. The 36-year-old s last win dates back to May 2019, when he tapped out Kevin Lee with an arm-triangle choke.

UFC Fight Night 183 is set to take place at the Apex facility in Las Vegas, NV, on November 14th. Outside the main event, the card is set to feature a welterweight bout between Abdul Razak Alhassan and Khaos Williams, as well as the debut of former Invicta strawweight champ Kanako Murata.