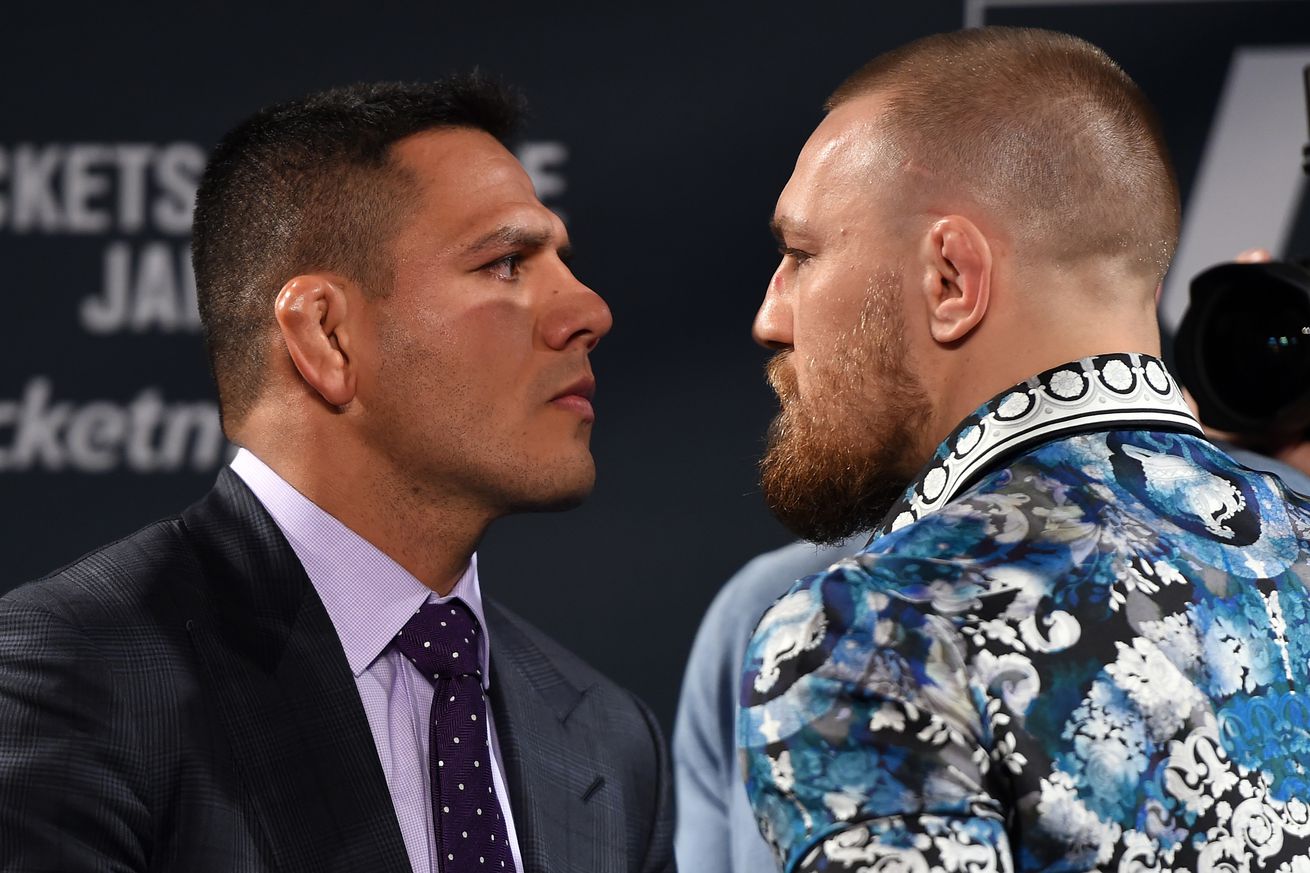 Dos Anjos, 36, was expected to defend his lightweight title against McGregor in 2016 but the Evolve MMA product was forced to withdraw from the bout after suffering a broken foot in training.

McGregor went on to accept a short notice welterweight bout against Nate Diaz, losing via second-round submission, before avenging his loss in the immediate rematch with a majority decision win. During that time RDA lost his lightweight title to Eddie Alvarez and The Notorious went on to TKO Alvarez to become the UFC s first ever simultaneous two-division champion.

Although it s unlikely both men will ever meet again dos Anjos, who has moved on from McGregor, won t completely rule out of the matchup.

I m passed that, but I believe that with me being back at lightweight this fight could still happen. We never know, RDA said on a recent episode of Morning Kombat h t Derek Hall of Middle Easy . I m back at lightweight, I m going to climb the rankings. Khabib, I don t know if he s retired or not but if he does it will leave the division wide open. Anything can happen. We were scheduled to fight twice, me and Conor.

McGregor is expected to return to the UFC on Jan. 23 to take on Dustin Poirier, but the bout still hasn t been confirmed.