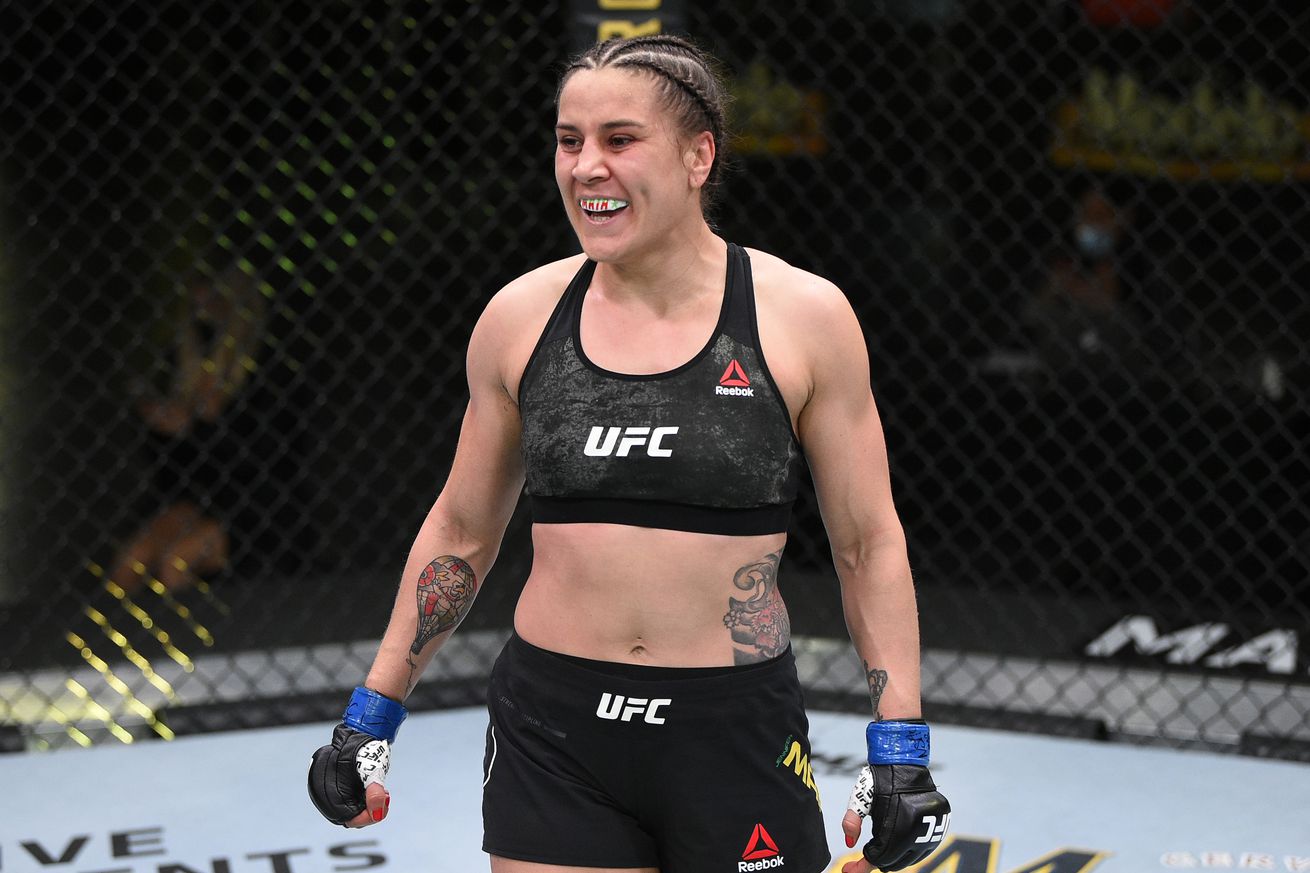 Female flyweight title challenger Jennifer Maia enjoys not having all the pressure on her side ahead of UFC 255. Flyweight title challenger Jennifer Maia has a big task ahead of her, and she s trying to look on the bright side while at it. Paired up against dominant champion and heavy favorite in Valentina Shevchenko at UFC 255, the Brazilian believes being such an underdog is actually an advantage.

In an interview with Combate, Maia explained that being a massive favorite puts all the pressure on Valentina s side, while Jennifer herself can focus on doing her best in the Octagon. Furthermore, the challenger is sure she has the potential to beat Bullet , no matter what the betting odds might suggest.

It favors me, actually. Since she has all the favoritism, the pressure is entirely on her side. Maybe people have not checked my background to see that I also have potential. If I got here, it s because I have a fighting chance against her. So I m going out there to do my job with no pressure on me at all.

To inspire her, Maia says she looks up to Holly Holm, who ended Ronda Rousey s reign in 2015, and Glover Teixeira, who recently finished Thiago Santos while also being an underdog in his fight. For Jennifer, winning as an underdog is an even better feeling that doing it as the favorite.

I sure am inspired by Holly Holm . I want to surprise her. We don t know if this win will be a decision, a knockout or a submission, but we want to surprise. Not too long ago, Thiago Santos was the favorite, but Glover Teixeira went out there and won anyway. I think that s even more rewarding, when you go and beat someone who was the favorite.

In her last outing, Maia 18-6-1 tapped out Joanne Calderwood via armbar, back in August. Before that, the 32-year-old dropped an unanimous decision to former title challenger Katlyn Chookagian, in November 2019.

Now, Maia is expected to take on Shevchenko for the women s flyweight title at UFC 255, on November 21, at the UFC Apex, in Las Vegas. The card is scheduled to be headlined by a men s flyweight title fight between the champion, Deiveson Figueiredo, and challenger Alex Perez.