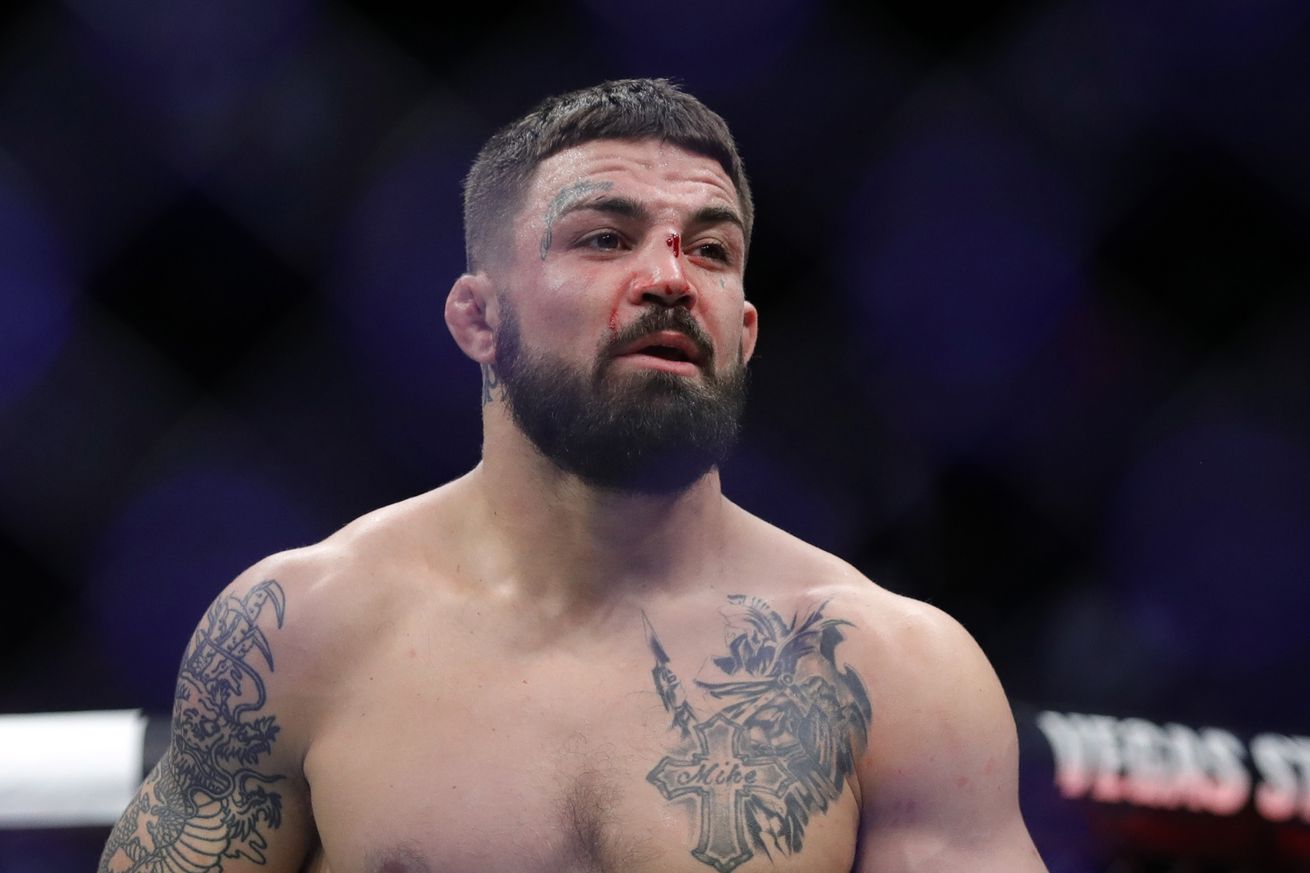 Mike Perry is booked to compete this weekend at UFC 255. CW: The following article includes descriptions of domestic violence

Perry s booking, on the main card of a pay-per-view, comes despite the fact that last month he was accused of domestic violence by his ex-wife.

In October MMA Junkie released a lengthy interview in which Perry s former wife said she was physically assaulted by Perry a handful of times . She also described an incident she said took place on February 10.

That s when, she claimed, Perry attacked her in their home and repeatedly punched her while holding her down on the ground. She also claimed that, after Perry grew tired of hitting her, she managed to escape the home and sought refuge with Perry s mother.

MMA Junkie published a 911 call made by Perry s mother who claimed Perry was outside of her home in a car. Perry s mother told a 911 dispatcher that her son was violent and that she feared for her life.

MMA Junkie also published a call Perry s ex-wife made to a police non-emergency line a few months later. She made this call to request a police officer s presence while she collected items from a home she had shared with Perry. She filed for a divorce from Perry the day after this call.

In July Perry s ex-wife applied for a protective order against Perry. However, a judge refused the request, ruling that general relationship problems and uncivil behavior are not domestic violence .

The UFC did not respond to multiple requests from Bloody Elbow for comment regarding these accusations against Perry.

Yesterday, during his media scrum for UFC 255 Perry was asked about the accusations. You can see how he answered these questions below.

Yes, I deny the allegations that our relationship, if you want to call it that, had its ups and downs, and it s long past due, Perry said ht MMA Fighting . We ve been legally divorced, and there s just nothing really to back what she s saying.

When addressing what his ex-wife said happened on February 10, Perry said, I did not assault my ex-wife that night, and I don t believe that necessarily those allegations were made about the night that that 911 call took place, because the night that that took place, what happened was my ex-wife just went over my mother s house, and I went over to talk to my mother to tell her to come outside and speak to me, and my mom said no, so I was like, What the heck. Can we have a conversation? So my mom got upset with me because I was mad that she wouldn t go tell that girl to come outside and have a conversation with me. Whatever. It s cool.

Before accusations of domestic abuse became public, Perry was disciplined by the UFC for his suspected role in an altercation that took place outside of a bar in Texas. In that incident, video shows Perry striking an older man after a verbal confrontation.

After this incident the UFC claimed they would not book Perry until he completed professional treatment for substance abuse and anger management. That statement, made to ESPN, was released on July 10. News of Perry being booked to fight Lawler broke on September 24, via Ariel Helwani.

Support for survivors of domestic violence can be found from the following organizations:

Rest of the World - HotPeachPages