UFC 255: A look at Valentina Shevchenko s place in the record books 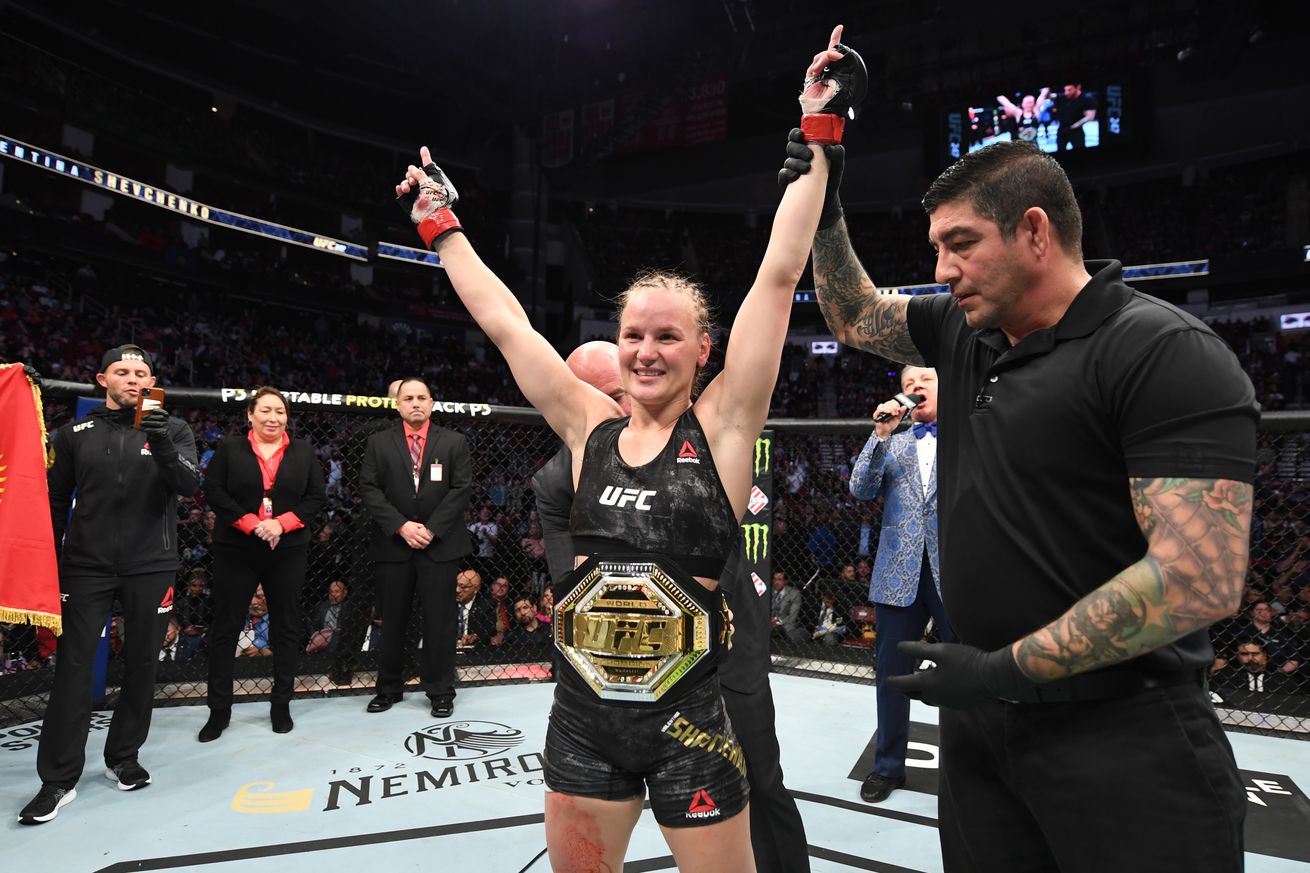 A look at where Shevchenko stands in the UFC record book before her matchup vs. Jennifer Maia at UFC 255. The first UFC women s flyweight title fight took place on December 1, 2017. In that bout, Nicco Montano faced Roxanne Modafferi following season 26 of The Ultimate Fighter. Modafferi replaced Sijara Eubanks on weigh-in day after Eubanks spent some time in the hospital prior to the official weigh-in. Montano defeated Modafferi by decision to become the inaugural UFC women s flyweight champion.

Montano never defended her title. The UFC stripped her of the belt in September 2018 after she was hospitalized during her weight cut for a matchup opposite Valentina Shevchenko at UFC 228.

Shevchenko, who dropped to flyweight after going 3-2 at bantamweight, won the vacant title with a decision win over Joanna Jedrzejczyk. In her first UFC fight at 125 pounds, Shevchenko tuned up Priscila Cachoeira in a two-round beatdown.

Shevchenko has defended her title three times since she bested Jedrzejczyk. At UFC 255, which takes place Saturday at UFC Apex in Las Vegas, Shevchenko attempts to make her fourth successful title defense when she faces Jennifer Maia in the co-main event of the ESPN streaming pay-per-view card.

Below is a lengthy list of categories where Shevchenko ranks inside the top-10 in the UFC women s flyweight record book.