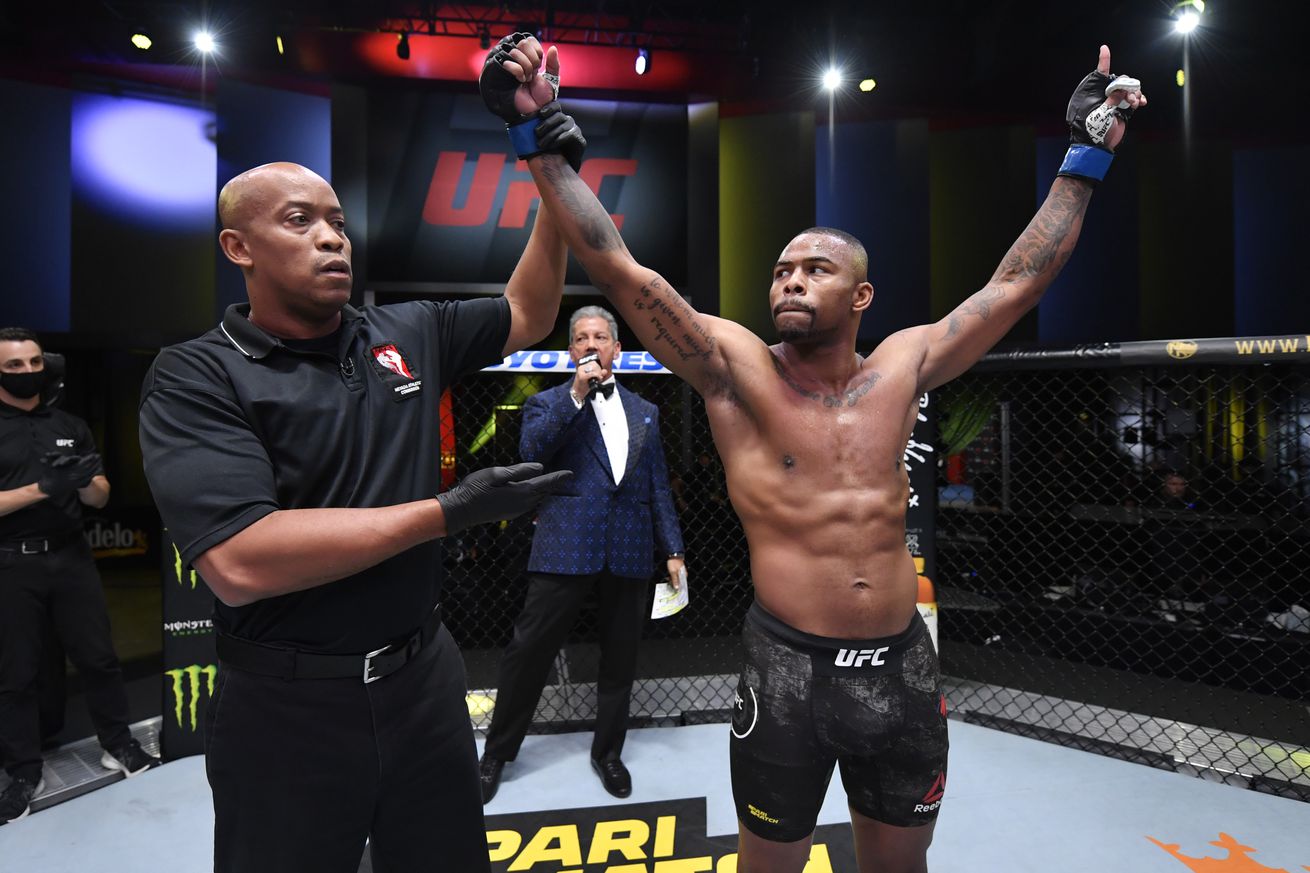 A welterweight fight guaranteed to have fireworks is added to UFC Vegas 17 in December. The final UFC card of 2020 just got another serious boost with the addition of a welterweight fight between Khaos Williams and Michel Pereira. The news was first reported by Brett Okamoto of ESPN.

Williams 11-1 made his promotional debut earlier this year against Alex Morono at UFC 247. In less than 30 seconds, Williams blasted his opponent with hard shots that had him pushed back up against the cage until a right hand dropped Morono. A few follow-up shots from Williams was delivered, the referee waved off the fight and his first UFC win was secured.

Williams was expected to have a quick turnaround against Laureano Staropoli at UFC on ESPN 8, but the event was canceled due to the coronavirus pandemic. Williams finally made his return to the Octagon in November at UFC Vegas 14, where he met fellow knockout artist Abdul Razak Alhassan. Much like his promotional debut, Williams landed a perfectly placed right hand that knocked Alhassan out cold in exactly 30 seconds.

Now 2-0 in the UFC, Williams is poised to take on a step up in competition against the likes of Pereira.

Pereira 24-11-2 burst onto the scene with a stunning knockout over Danny Roberts at UFC Fight Night: Dos Anjos vs. Lee in May 2019. His high-flying, dynamic style of fighting was an immediate hit for fans, but it would come to an abrupt halt in his next two appearances. Despite trying to unleash his usual chaos in fights against Tristan Connelly and Diego Sanchez, Pereira came up short dropping a unanimous decision to Connelly and earning a disqualification due to an illegal knee to Sanchez.

Pereira returned to the win column at UFC Fight Night: Overeem vs. Sakai this September where he submitted Zelim Imadaev with a rear-naked choke in the third round.

UFC Vegas 17 is headlined by a welterweight fight between No. 3 ranked Leon Edwards and No. 15 ranked Khamzat Chimaev and will take place on Saturday, Dec. 19, 2020 at the UFC Apex Center in Las Vegas.