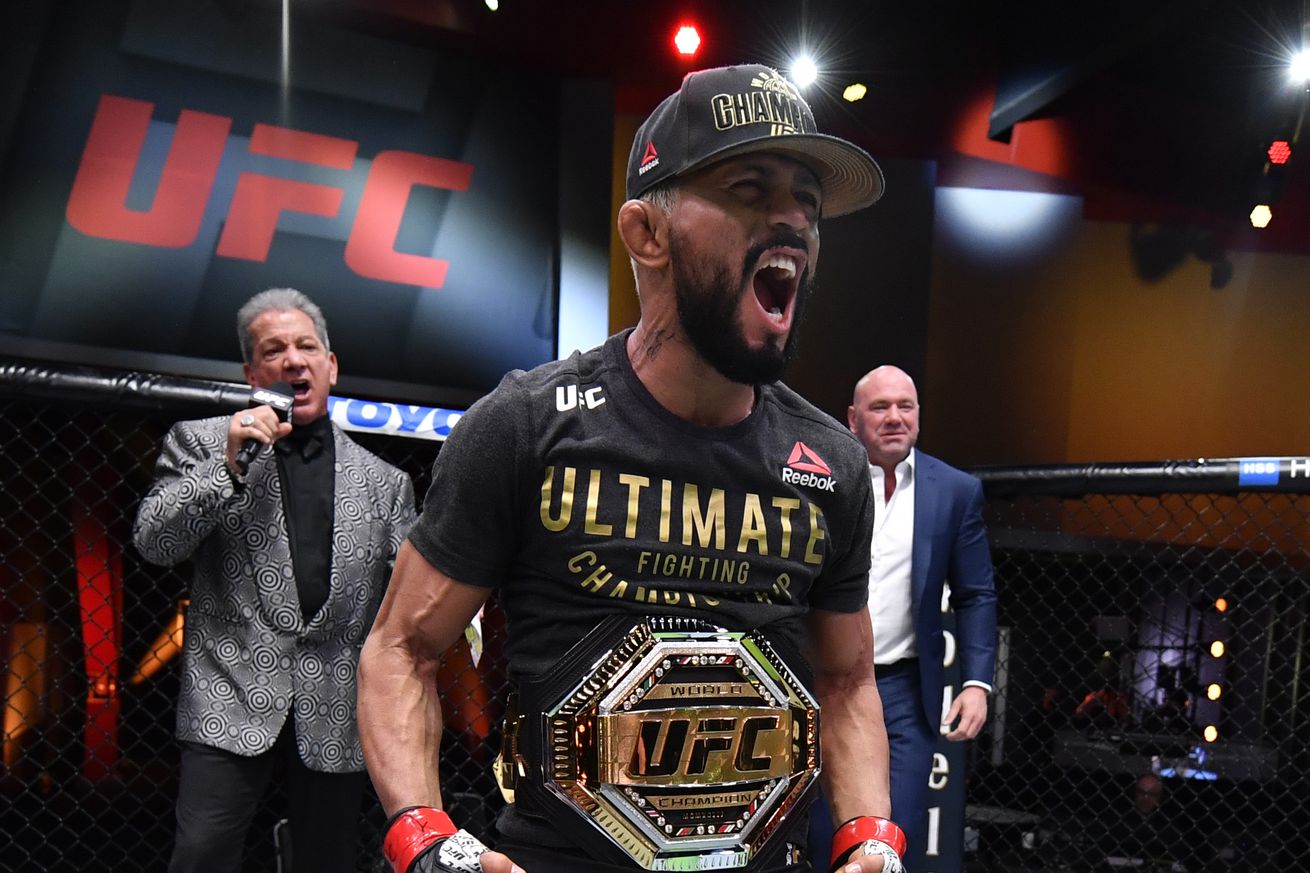 Following his first title defense at UFC 255, a dominant submission victory, Deiveson Figueiredo was suprised to find himself without an extra bonus check and with the UFC looking for a favor. Dana, if you really like me, and I fight here, you need to give me the bonus of the night... those were Figueiredo s words following UFC 255.

Having just dispatched Alex Perez in under two minutes with a near impossible seeming transition arm-in guillotine Figueiredo found himself not with a performance bonus, but instead with the UFC looking for a favor. Bantamweight champion Petr Yan had just been forced from his headlining slot atop UFC 256, due to visa issues, the UFC needed a new title fight, and they needed it fast.

Enter Deiveson Figueiredo, the powerhouse flyweight champion that the UFC had failed to reward only moments earlier. By the time the UFC 255 post-fight presser was over, he had been booked to fight Brandon Moreno having picked up his own victory earlier the same night in just 21 days time the fastest turnaround for a UFC champion in the promotion s history. Could there be any surprise that Figueiredo wasn t feeling the love.

Fortunately for him, however, in the days since that fight announcement, Dana White found a way to make things right with the man responsible for saving his upcoming PPV event. Namely, giving him that 50,000 that didn t wind up in Deus da Guerra s pockets on fight night. A video of the gift, from White to Figueiredo, hit social media on Wednesday.